A Ministry of Emotions

“Ah, look at all the lonely people.” – The Beatles

I don’t think I’m the only one who feels this way, but let’s check: In which of these situations do you feel LEAST lonely?

I didn’t outline all the circumstances that might influence your answer, but I’m betting I’m not the only one who picked C.

Why? Because the people in front of and behind me in line all sympathize with me in what we’re all experiencing. Waiting at the DMV stinks, and none of us has to pretend differently. We bond just a tiny bit because we feel the same way, even though it’s negative, about the same thing. We’re not alone.

In a bus or an airport, there’s a rush of activity but little sympathy. You’ll probably see a range of emotion based on where the passengers are headed or whether their flight or coach is on time.

At church, I see a lot of smiling faces, and maybe on another day I’d be smiling with them. But not today. Today I just can’t do it, and I’m not necessarily sure why. I’m in a room full of people, and I’m lonely. 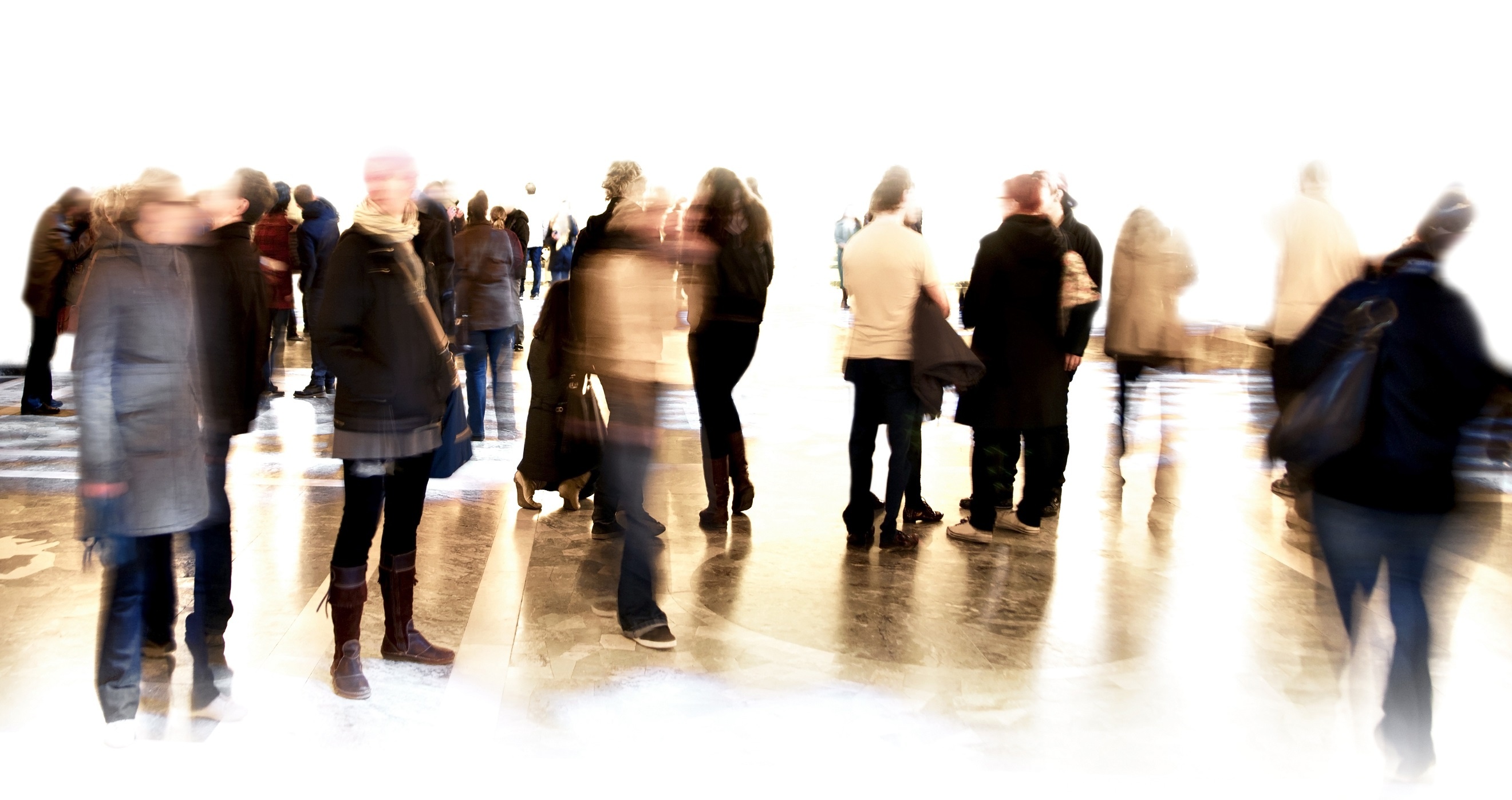 I don’t need an answer, a solution. I just want someone to enter into my feelings, to feel them with me.

The good news is the great God and Creator of the universe does exactly that.

Last weekend I was privileged to attend a conference focused on what the Bible says about emotions. Rather than assume they’re just a problem to get rid of or even a specific experience we should be striving for, the goal was trying to understand the way God sees our emotions.

Alasdair Groves, the keynote speaker, didn’t offer any magic formulas. He didn’t promise we’d all feel better once we finished his sessions. Quite the opposite. He urged us to see “negative” emotion as something that can be good. God himself has emotions, including some negative ones – grief, anger, sadness, pity for people who suffer.

Groves pointed to the Scripture and the highly emotional relationship its writers had with God – their joyful, sorrowful, and/or longing hearts that were inspired by him to cry out to him what they were feeling. Good or bad. Deserved or undeserved. Justified or unjustified. Logical or not. Psalms of praise. Psalms of lament. The questioning prayers of Job. The anger and woe of the prophets. Demands for harsh judgment on evildoers. The whole book of Lamentations. The shortest verse in the Bible: “Jesus wept.”

Because we’re made in his image, we have the capacity to mirror God not only in character but in passions. In the fruits of the Spirit, we don’t just see character qualities but emotional qualities: The first three listed in Galatians 5:22 are “love, joy, peace”! Sometimes Christians try to draw a distinction between joy and happiness or they define love as an action rather than a feeling, but there's no getting around the significant emotional component of these words.

So when God is grieved by sin or angered by injustice, we should be grieved and angered by them. If we value what he values, we’ll begin to feel how he feels. That’s how he made us. By his grace it can also go the other direction: He feels how we feel!

God is compassionate. “Compassion” comes from Latin roots meaning “suffer” or “endure” and “together with.” The word of Greek origin, “sympathy,” has almost exactly the same composition. God sees and voluntarily enters into the sufferings of his children. Ultimately, Jesus came to earth and did so literally – as a man.

God wants us to bring all our feelings to him. Sometimes he shows us love simply by entering into them. We can show love to each other the same way. A ministry in itself

Paul writes that we ought to “rejoice with those who rejoice, weep with those who weep” (Romans 12:15).  And the verse isn’t followed by a “so that” or any other indication that doing this is a means to an end. It’s one element in a list of many ways he was telling us to show love as brothers and sisters in Christ. Doing this is a ministry in itself  for our fellow believers.

Jesus himself, the Son of God who knew Lazarus would soon be alive again, “was deeply moved in his spirit and greatly troubled” when he saw Lazarus’ sisters’ devastation (John 11). Jesus participated with Mary and Martha in their grief. He wept with them.

That empathy in itself was part of his purpose for coming to the world. In a discussion of Jesus’ purpose of bringing us close to God, the writer of Hebrews says:

“For we do not have a high priest who is unable to sympathize with our weaknesses… In the days of his flesh, Jesus offered up prayers and supplications, with loud cries and tears, to him who was able to save him from death, and he was heard because of his reverence.” (Hebrews 4:15, 5:7)

One of the reasons Jesus came was to feel with us, to identify completely with the human experience, including the emotional experience. He wouldn’t have prayed with “loud cries and tears” if he hadn’t been voluntarily undergoing the breadth of pain people can feel in this world. And his loud cries and tears weren’t considered “irreverent” toward God – exactly the opposite.

When we don’t know how to help someone in pain, we can follow Jesus’ example and just allow ourselves to feel what they feel. There will probably be a time to speak, a time to wrestle, a time to exhort, but not every time is that time. Sometimes, our simplest ministry is just to be there and enter into another person’s emotions. Paul referenced both joy and tears, so there’s a broad range of what this can look like. 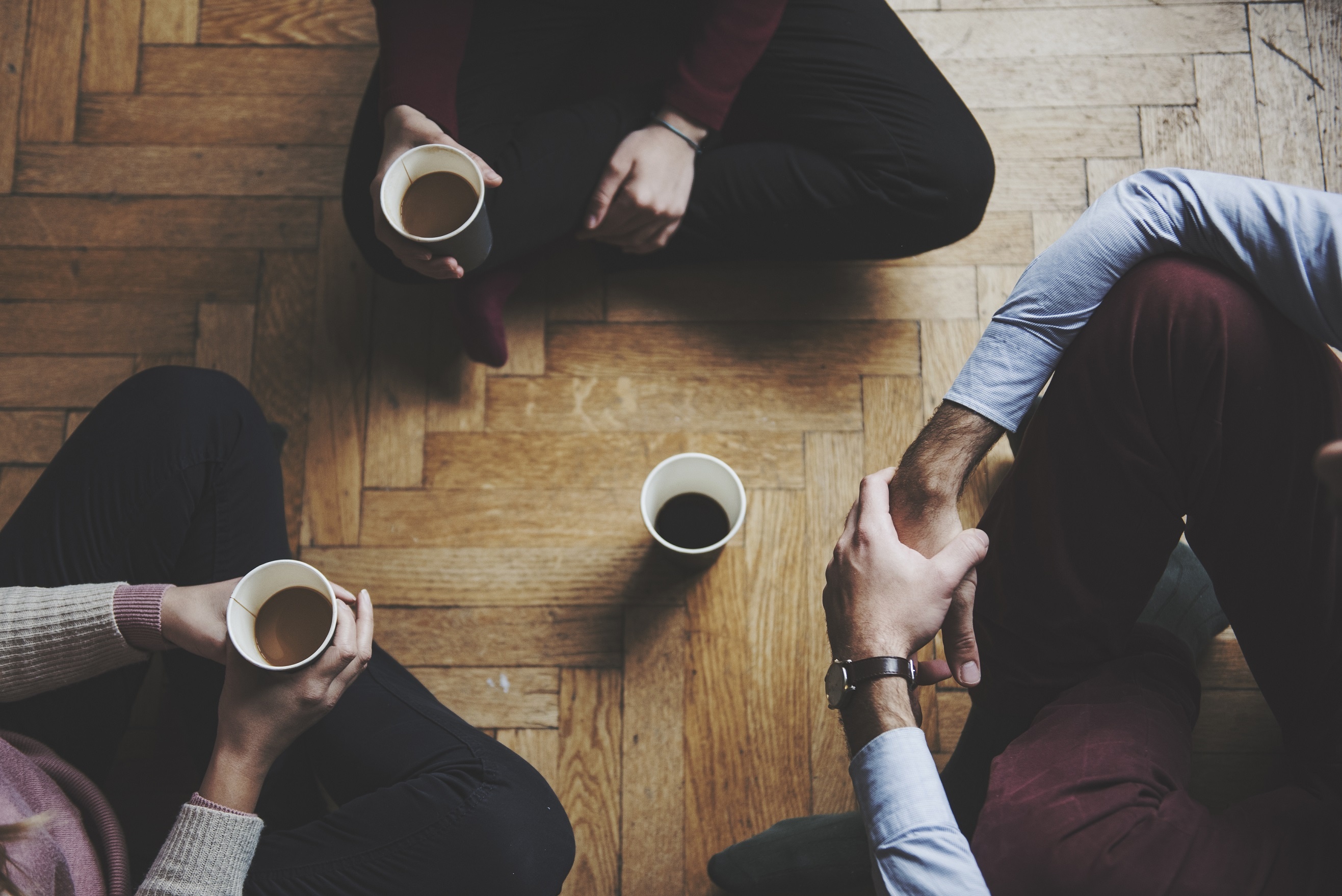 In their post about anxiety, Izzy and Nora said they appreciate people “Being present – someone meeting you where you are.” Talking about helping someone with depression, Barbara says, “Be present. Listen. Encourage. Love. … Don’t try to fix them or assume responsibility for their issues.”

Even Jesus, who did have the power to “fix” everything (and will ultimately and utterly fix everything), sat with Mary and Martha and wept. He loved them. He loved Lazarus. He knew better than anyone that what they were going through was for God’s glory. But he wept. It was part of his ministry to them.

Remember: Though the Bible doesn’t record it, undoubtedly Lazarus died again. What did his sisters think about it that time around? Do you think Mary and Martha prayed that he would be resurrected again or did they draw comfort from remembering the very real tears Christ had shed with them?

We’re surrounded by lonely people who need our compassion – for us to “endure together with” them. We know this because we need the same thing! And when we consciously enter into the feelings of others, we both can have the comfort of feeling those things together.

Who needs you to weep (or sit silent or sigh or laugh or walk or dance) with them today?

Sometimes the best thing you can do for a panhandler is look them in the eyes and say "hello." Giving money and doing nothing are not the only two options. Download our free tip sheet for more ideas. 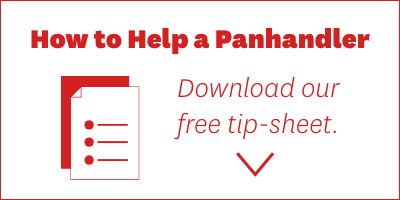