RESCUE: A Ministry of Disappointments 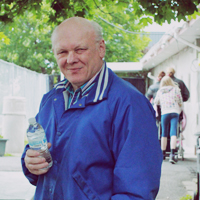 Staff and volunteers at the Union Gospel Mission experience a constant cycle of emotional highs and lows. Daily we watch wounded people struggle to overcome addiction, poverty, dysfunctional relationships, economic hardships, and physical and emotional abuse. And frankly, more seem to stumble or fail than succeed. 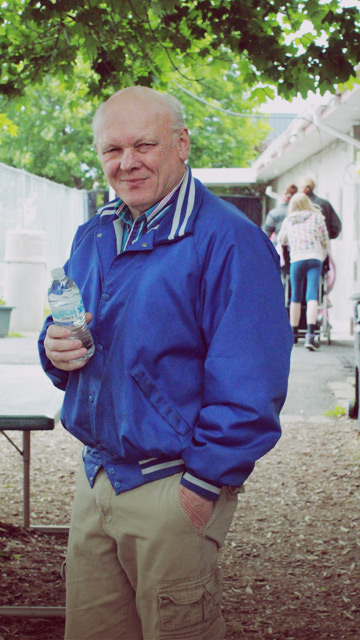 Over the past six years as a volunteer at the Crisis Shelter for Women and Children, I have often described the work of the mission as “a ministry of disappointments.” Time and again we see people relapse into their addictions or renew unhealthy relationships or simply walk away from a recovery program.

And yet we soldier on. Why? In a word, hope. Paul told the Colossians that we have Christ in us, “the hope of glory.” And to the Galatians, Paul declared that he was crucified with Christ, so “Christ lives in me.” If we truly believe that all mankind is made in the image of God, then we can faithfully cling to the hope of redemption, even for the worst of the lost and broken, especially if we can appropriate the power of Christ.

But this hope and faith does not come without its tests. A few years ago I felt the physical weight of depression. It came without warning. It held me down as I woke up one day, and its chains hobbled my steps for nearly a week.

As my wife and I prayed and sought the source of this weight, I recalled deeply piercing, consecutive prayer requests from five homeless women.

The first prayer request was the story of an unsuccessful suicide attempt. Disgusted with her relapse back to alcohol, she had put a gun to her chest and pulled the trigger, but the bullet miraculously missed her heart by a quarter of an inch.

Another woman in her mid-50s told me she had just learned she was the product of molestation. The man she thought was her uncle was actually her father.

After praying, I turned to her friend and asked how I could pray for her. She said, “Well, last week I slept with my father.”

Next, a woman asked me to pray for her brother, who had been in solitary confinement in the Walla Walla state penitentiary for nearly a year. His unnamed crime, she assured me, was horrific. 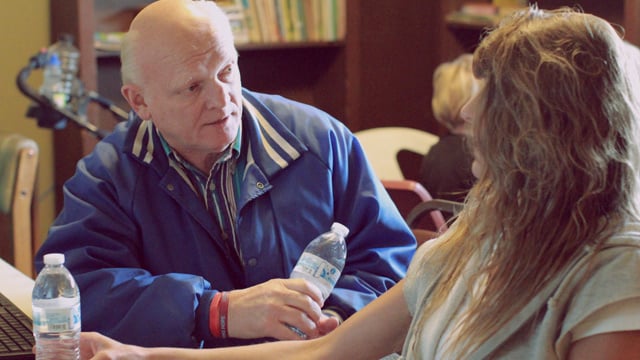 As I was catching my spiritual breath I felt a tap on my shoulder. Turning, I faced a middle-aged woman who asked me to pray for her son. He was going before a judge the next day and faced sentences of either 11 or 17 years. She asked me to pray for the lighter sentence.

“What was his crime?” I asked.

The next day I woke up depressed.

Most days I seem to wear some special spiritual Teflon. Despite these frequent encounters with evil and depravity and self-destruction, I seem to be able to cheerfully minister to these souls and pass their problems on to Jesus. Rarely do I feel the weight of their burdens. I identify more with the four men who carried the paralytic to Jesus, lowering him through the roof. That’s me, carrying people to the feet of Jesus. Although my heart is pierced by the pain and the anguish that swirls around me, rarely am I paralyzed.

Recently, however, the emotional chasm yawned unusually wide. Over several weeks I had seen tremendous growth in a homeless woman. She had fled a highly abusive relationship. I prayed with her several times and she began attending my church, where she was soon baptized.

Her strength and confidence slowly returned. She wanted to go to Anna Ogden Hall, she said. After attending a women’s conference at our church, she told me the greatest lesson she learned was that she now knows she is “a child of the one true King.” She no longer believed the lies of the man who abused her and told her she was worthless and would never achieve anything. My heart sang in celebration!

Then she disappeared. She failed to check in by the required deadline at the shelter on a Monday night. She didn’t return phone calls, and she left all her belongings behind. My heart that was celebrating breakthrough just 48 hours earlier now sank as I feared that she was back in the clutches of her abuser.

And then, just as suddenly, God yanked me out of the valley and took me to the mountaintop by allowing me to minister to another woman. That same night a badly beaten woman checked in just before 10 p.m. She was an emotional mess and was limping from having been viciously kicked. She feared she needed surgery on her knee.

The following day I saw her again at about 5 p.m. and she was still limping badly. She gratefully accepted my offer to pray for her. Within about 10 minutes she was no longer limping when she walked. More significantly, she said the severe and chronic back pain she had lived with for 15 years was gone! The next evening she absolutely glowed as she shared her testimony. “I can’t stop smiling,” she said. 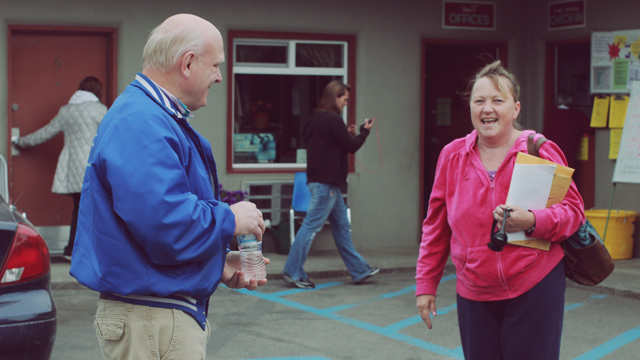 Despite this incredible miracle, my heart was still weighed down with fear and dread for the missing woman. After a four-day search I found her and even spoke with her by phone. Great news, you say? I’m not sure. She is in another state, back with the man she fled and has no further plans to go to Ogden Hall. I’m at a loss about what to do.

And the second woman? She too left the shelter, also rather suddenly but with an explanation. I spoke with her shortly before she left and she had lost her smile. She had allowed a relationship from the past to steal her joy.

I pray God will bring both these women back into my life.

For a few days I felt like the paralytic. I needed somebody to carry me. When it was announced at my church that a staff member was going on sabbatical for 40 days, one of the homeless women I had brought to church turned to me and said, “When are you going on sabbatical, Ron?”

Support and encouragement often appear unexpectedly. My phone rang recently with a call from a woman who was at the shelter two years ago. She wanted to thank me for the 10 minutes of time I had spent with her in prayer and for the daily Bible verses I had texted her since then. My prayer for her at the shelter was pivotal, she said, in turning her life around.

At a phase advancement ceremony at Anna Ogden Hall a woman who looked familiar approached me and asked, “Do you remember what you did for me when I was at the shelter 18 months ago?”  I barely remembered her face, let alone any conversation. She said, “You saved my life. You gave me bus fare to come to orientation at Ogden Hall. You believed in me when no one else would.” She related her story – which slowly came back to me – of arriving at the shelter straight from the psychiatric ward at Sacred Heart, where she had been because of intense suicidal thoughts. Where else but in the Kingdom can you talk someone off the ledge for $3?

I marvel at the professionals who do this 40 hours a week. Like a 5-year-old child steering a boat for the first time, the course of this ministry life is one continuous zig-zag, tossed from tears of celebration to clenched teeth to a hollow emptiness. Does God have his hand on the wheel? And if I can grieve like this for just a few women, how does God deal with the pain of hundreds of millions of His children turning their backs on Him?

I cling to this truth: These two women have tasted victory. They have sensed the power and presence of God and the love of Christ. They never will forget their experiences with Him.

On Mother’s Day, my wife and I joined hands with nine homeless women in a restaurant. We had taken them to church and then to lunch. As I finished praying out loud over our meal, the woman who ultimately would disappear said to me, “Someday I will have the courage to pray out loud like that.” Yes, I believe she will. If God holds her in the palm of His hand, nothing can snatch her away.

So volunteers and employees soldier on, plucking up the lost and broken from the muck and the mire. We hose them off with a shower of His righteousness.

Sometimes they stay clean. But more often they fall down again. We have the strength to go out and do it again because we too have been plucked from the muck and the mire. We have tasted victory. And we can’t stop sharing it, no matter how many times it seems to be in vain. 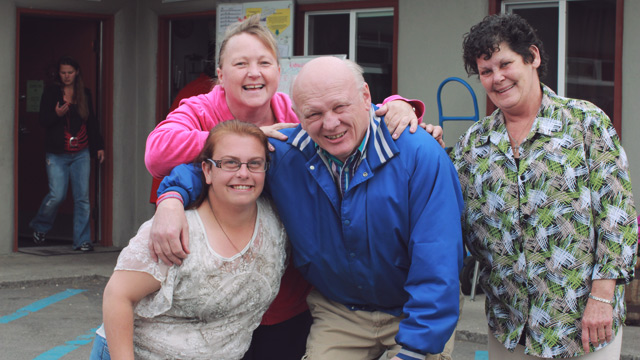 As the apostle Peter knew, our hope is real. “Praise be to the God and Father of our Lord Jesus Christ! In his great mercy he has given us new birth into a living hope through the resurrection of Jesus Christ from the dead, and into an inheritance that can never perish, spoil or fade—kept in heaven for you…” (1 Peter 1:3-4). Now that’s victory!

Think you might be called to hands-on ministry? Consider attending one of UGM's volunteer orientations to learn more.