In 2006, toward the beginning of the Spokane region’s focused efforts on addressing homelessness, 1,592 individuals were counted in the annual Point-in-Time Count (a one-day count of the region’s homeless population). In 2022, the number was 1,757, the highest number in the history of the count. The number who reported being unsheltered was 823, also the highest historical number, up from 157 in 2009.Over the same time period, five permanent supportive housing units (“housing first” projects) have gone up in downtown Spokane, and millions of dollars have been spent on warming centers, low-barrier shelters, a new bridge shelter and temporary cooling shelters.

Of course, a plethora of other issues have contributed to the situation: COVID, the extremely tight housing and rental market, soaring rental rates, the fentanyl crisis, law enforcement reform, and the after-effects of “Boise vs. Martin” (a lawsuit against the City of Boise in which it was determined that people cannot be stopped from sleeping on public property when adequate shelter space is not available).

All the while, UGM has had shelter beds – and all the associated resources – available both at the Men’s Shelter and the Crisis Shelter for Women and Children.

The debate of the moment is over whether the large capacity shelter at 4320 E Trent Ave. proposed by Mayor Woodward in April is a good idea when smaller (under-100 capacity) shelters might be more effective. 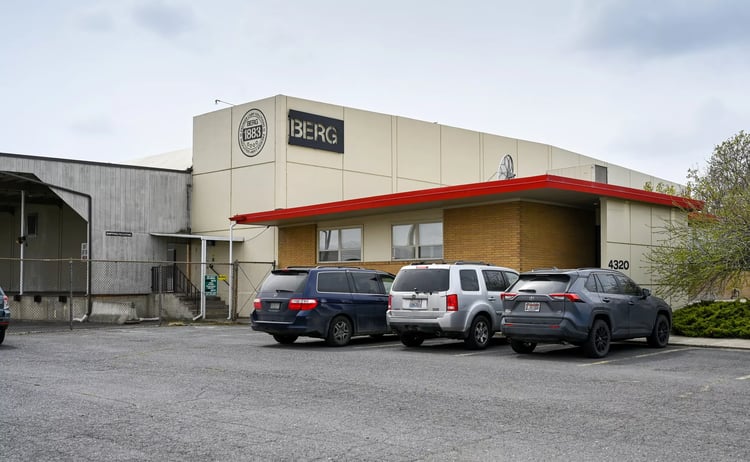 Krem2 quoted the mayor in a news report on the shelter: “Spokane is in agreement that a sidewalk, field, or vehicle out in the elements is not a healthy or humane place for anyone. We are adding hundreds of new spaces for people to sleep indoors, connect to critical services, and take that next step toward stability.”

At a City Council meeting on the topic, opponents of the plan referred to it as “jail-like” and a “windowless warehouse.” 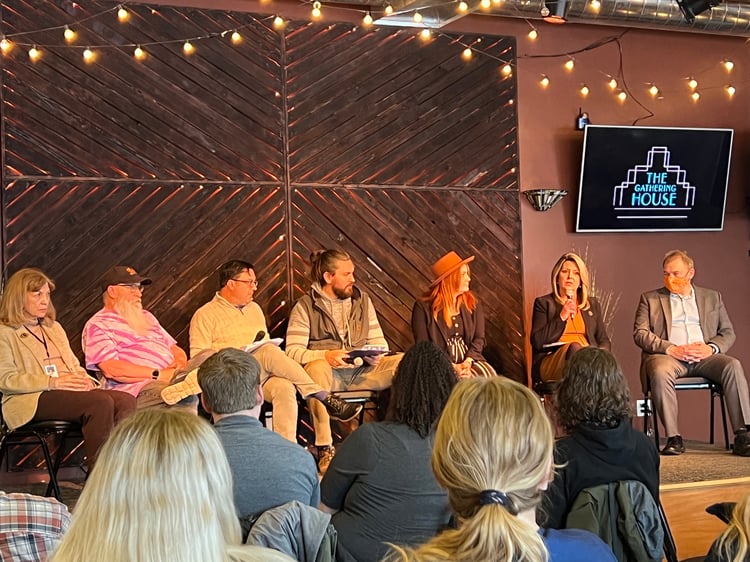 Opinions on both sides are so strong that one hardly dares enter the fray. Business owners have been canceled. The City takes heat constantly for not doing enough or doing the wrong things.

Last week, I put my toe in the water and nearly had it cut off. 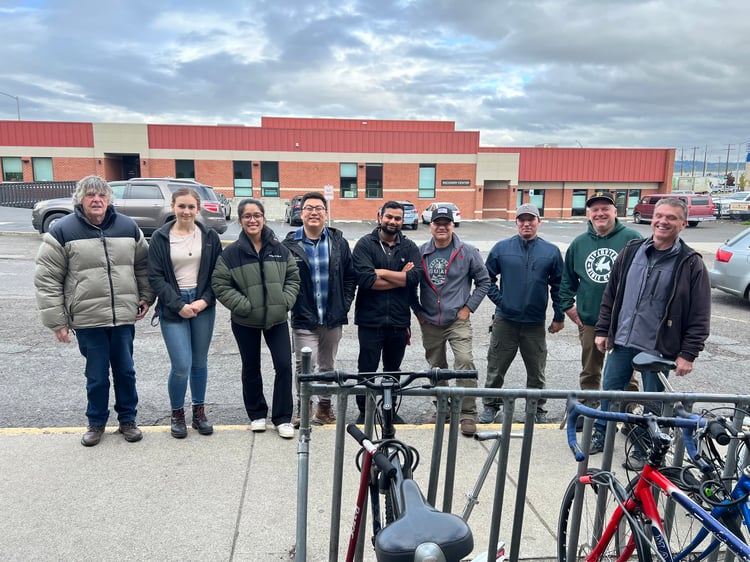 Over the previous weekend, I had visited Camp Hope (the tent city off of I-90, near Freya) with an outreach team, including medical students with first aid kits. My hope was to go beyond the walls of UGM to see what was happening on the street and how we might do a better job of encouraging people to come to UGM. We handed out socks, water bottles, lunch kits with packets of tuna salad and crackers, and packages of sanitary wipes. What I saw was hard: 400 people living in tents on an empty lot with no running water, four porta potties (more have since been added), open campfires interspersed between tents, broken-down RVs, garbage and, everywhere you looked, dirt. There’s no place to wash up. The people I met and with whom I briefly interacted were all kind and grateful. One woman wanted me to hug her and pray for her to get housing, which, of course, I did. Men and women were working hard to beat the dirt out of their sleeping bags and rugs. A man had large, open sores on his face. Another’s eyes were glazed over. Two women were shouting and calling each other names. People stepped in to keep the argument from escalating. Everyone’s hands were engrained with dirt. Dogs were chained and barking. I also saw people helping each other rebuild their temporary shelters, sharing socks and food, carrying wood for fires or fencing.

I took a picture of one shelter with no one in it. It was a pole with a tarp and a dirty sleeping bag and pillow inside. I posted this picture on a private business page with the caption: “We can do better than this.” Fairly innocent, I thought. My intent was to say, “I don’t want anyone to be living in these conditions. Let’s pull together to get shelter built with showers and beds and tables where people can sit down in community together. Let’s love our homeless neighbor.”

You can see the sharp divide in perspectives in the responses to this post.

One business owner wrote this: “Who's we? Why we? Keep me out of it. Local and state government has caused this and people who think a hand up is a no strings attached hand out. I'm not part of that we.”

On the other hand, another homeless service provider took issue with me invading this person’s privacy by photographing his home and put me on hate blast on social media, calling me a “horrible human.” Their followers started private messaging me and my family members with hate-filled messages.

I apologized, as it was never my intention to ridicule or embarrass anyone. My intention was to call us as a community to come together and take action. 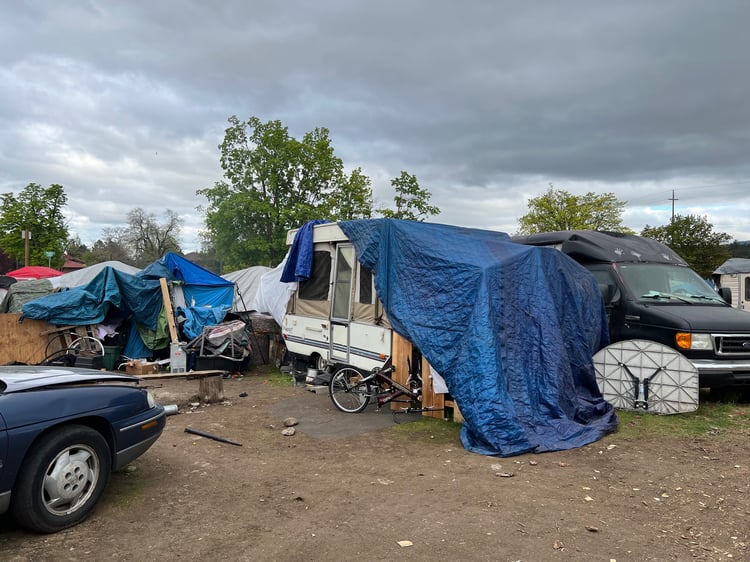 There has never been a more critical time to become informed on the issues surrounding homelessness. It is a community issue. Only by working together – service providers, local government, private sector, community members – can we solve it.

We invite you to dive in. Start with the free e-book below. Expand your understanding by looking at recent news articles on the proposed shelter. Check out the resources on our “homelessness in Spokane” web page, and see what the newly organized “Hello for Good” is doing to address the issue and its underlying causes.

If you want to know more about UGM’s approach, peruse our annual report or, even better, come for a tour. Call Caitlin Stirtz at 509.535.8510, and she’ll be happy to arrange a visit.

We are all in this together!