I Was in Prison 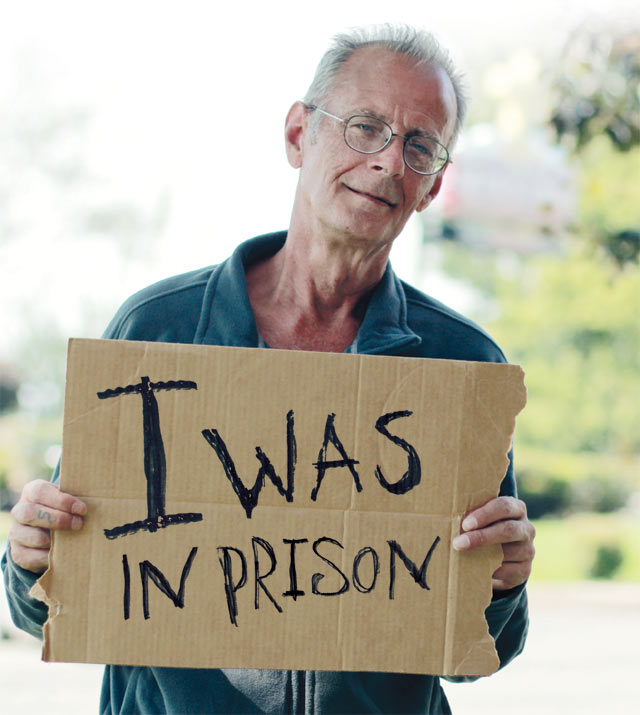 I was in prison and you gave me a second chance.

Paul Staley was a self-described “peace-loving man.” A product of the sixties. A flower child. A hippy. He did a little LSD, bought and sold marijuana. Live and let live was his motto.

And then one day, one of those drug deals went terribly wrong, and a man ended up dead. Paul himself never touched the gun. No one claimed he did. It didn’t matter. By law, because he was admittedly involved in the crime that led to the murder, he was culpable.

In 1974, Paul was convicted of first-degree murder and went to prison for 37.5 years. When he went in at age 21, the Viet Nam War was just ending; the median household income was $9,000; phones didn’t fit in pockets; and the personal computer was still on the drawing board. In 2011, at 58 years of age, Paul re-entered a world he didn’t recognize.

“It was like being dropped off on the shore of a foreign country,” he said.

Paul had no idea how to navigate life.

“I didn’t know how to function even before I got locked up…I didn’t do well in school. I stole. I drank. I was a bad boy from the gate.”

Paul’s father was an alcoholic, and Paul remembers as a young boy pulling the kitchen table over to the refrigerator so that he could climb up and reach the beer. He left home at 13, lived on the streets, did time in juvenile facilities…It was catch as catch can.

Then, for almost four decades, the State fed him, clothed him, housed him, told him when to eat, when to exercise, when to brush his teeth. Prison had its own language, its own code of ethics, its own social system, and it was the only life Paul knew. He had no friends on the outside, no family.

Upon his release, the Department of Corrections placed Paul in a halfway house. The other residents in the house had done time for drug charges, and the environment quickly degenerated into a place that even Paul's parole officer believed to be unsafe. “A lot of times I would just sit in my room, and I wouldn’t come out.”

But Paul had nowhere else to go, so when he eventually left, he was homeless.

Of the nearly 8,000 men and women released from Washington State prisons each year, almost 30 percent commit another crime and end up back in the system. Twenty percent of those leaving prison quickly become homeless, and homelessness, studies show, increases the likelihood of recidivism.

Paul understands that. “It’s a desperate lifestyle living on the street. You get hungry. You get cold. Your shoes start getting holes in them, and you know, you start thinking about another man’s pair of shoes. It’s not a safe environment.”

Paul, however, had become a Christian in prison and was committed to living a life of obedience. He knew it wouldn’t be easy, but neither was he prepared for just how difficult it would be. “The more things I tried to do, the more things I discovered I couldn’t do.” Simple things – like getting a job or finding a place to live.

“It is not the mission of the criminal justice system to impose lifelong disabilities upon people who have been convicted of a crime, served their time, and paid restitution.” But sometimes that’s exactly what happens.

Paul doesn’t disagree with that list, but he adds a few more: structure, accountability and most of all, community. All of which, he said, he has found at the Union Gospel Mission.

For more of Paul’s story, visit the UGM blog.

Click here to see all articles for the October 2013 issue.