Loved by a Good God

We are all so broken.

Sin breaks us, not just our relationship with God, but our relationships with each other and with ourselves. Sin even fights with sin. Greed and lust and pride wage war against each other. We live amidst all this sin and brokenness, and so, life is hard. We should not expect it to be otherwise. Still, God. God is the light in the darkness. The healer who binds what is broken. He doesn’t make life easy, but He is with us in all its terror and beauty. He is the one who heals us from the inside out, and that makes all the difference.

“Why would God spend any time working on somebody like me with all the things I’ve done in my past? The lies and the mask…I want to say ‘mask,’ but it was more than that. It was the whole other person I was trying to be or that I portrayed myself to be because I lied, cheated, stole, just as bad as all those people I was saying I was not… God would never accept all these things out of a person. Why would He want to waste His time on me because there are so many better people in the world than me? Why would He love me?” 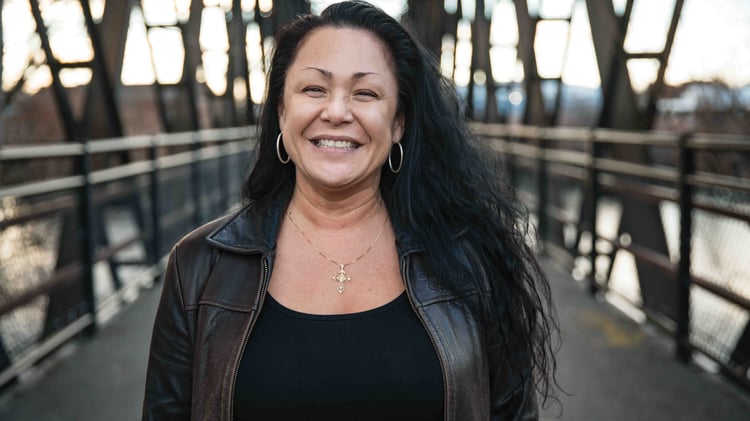 Dionne worked in the adult entertainment industry for 14 years. She used meth to help her cope. “A big part of the use was to numb myself, so I could perform there. Then, the other side of the use was, I needed to be up all night at the job, but I also had a small child that I was taking care of.”

She got out of the industry, got married and, in trying to get off drugs, she turned to alcohol, but she had no sense of the root problem.

Today, Dionne recognizes she had a very performance-based view of success: “As long as I was decent to people and didn’t get in any kind of trouble, which pretty much meant keeping my drugs hidden, was able to perform right at work, keep the house clean, be there for the kids, be a good housewife, make sure the groceries were done, laundry was done, you know, take care of all the things, make sure my animals looked good, drive an okay car… Then, I was doing everything right. Everything was going to be okay and I should be happy.”

Only, everything was not ok. And she did not have joy.

“I was emotionally a mess. I spent all my time trying to live up to a standard. I put almost all of my energy in just doing that, and if that was all correct, then everything else should fall into place in terms of me being happy and other people treating me right, giving me the love that I deserved, the amount of respect that I deserved. You shouldn’t need anything more from me because what else could I possibly give you? Look at all I’ve done for you.”

She and her husband of a little more than a year were fighting a lot. She decided to leave him and move in with her mom, but she was still desperately unhappy. She started drinking from the moment she got up in the morning. Then, one day, under the influence, she drove off a cliff, totaled her mom’s car and got a DUI.

She easily could have died, but “at that point, the worst part in my mind was, I can’t believe I wrecked my mom’s car, and I’m getting a DUI. Those were boxes I was never supposed to check. That’s when I went, Dionne, what are you doing?”

But she didn’t immediately change. Instead, she started drinking even more. “Super drinking.”

Looking back now, she clearly sees God working in her life because, when she finally reached out for help, it was to the two Christians in her life: a friend at Moody Bible and her daughter’s grandmother, Judy.

“The funny thing about my daughter’s grandmother, she was always trying to get me to go to church and would speak Jesus to me. I went with her sometimes because I wanted to have a relationship with her. She was my daughter’s grandmother, but I didn’t like her very much and didn’t want to be close to her, and I think that was, subconsciously, because she was in recovery and she might know what I was doing on the side. But I ended up calling her and told her I was exhausted. I didn’t know what to do.” 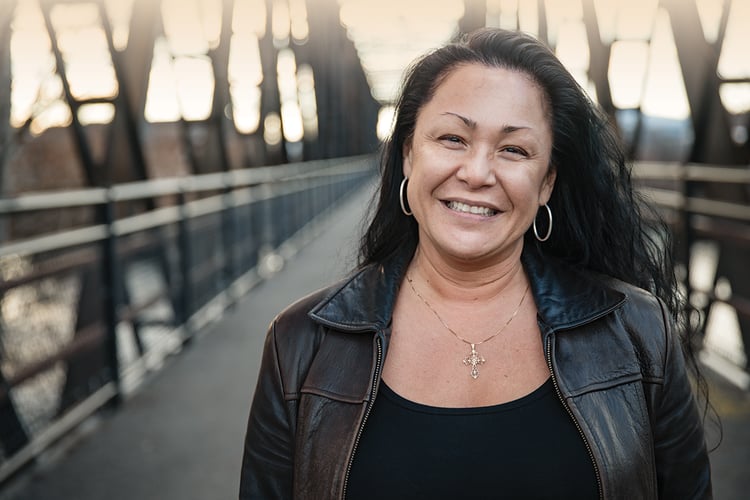 Judy helped Dionne get into a 21-day program, but when it was over, Dionne knew she needed more. She learned about UGM Recovery, but from her perspective, it had two downsides: 1) it was faith-based; and 2) it was 18 months. Still, she was desperate. “I don’t care. I don’t care what it is. I need more time under my belt.”

She thought she would only stay for four months, but four months in, she fell in love with Jesus.

“I had all these perceptions of who Christians were, what God and Jesus were all about…but after I got the concept that God came to us to walk with us and to be with us—and by ‘us’ I mean all the ‘terrible’ people. He came for us bad people—all the people. He came for all the people, to educate us as to the goodness He has for us and the peace and the joy and what your life can be like… If we were good, He wouldn’t have had to do what He did. That’s when everything changed for me. I was somebody who He knew needed Him, so I was worth all of His attention.”

Dionne said the biggest change in her life is recognizing that she’s never alone. “I was so lonely. It was really really lonely. And now, I don't ever feel like I'm alone. I still have my moments when I’m sad, but I talk to Jesus all the time. We talk a lot.”

Dionne finished UGM Recovery in 2013 and started working at UGM Motors. She has more than a decade of sobriety and has been married for 12 years. When she talks about her family and the fact that they have witnessed her life change, her entire being glows with excitement.

Dionne claimed this life verse at the beginning of her journey in recovery and holds to it to this day: “You are to be renewed in the spirit of your minds, and to put on the new self, which in the likeness of God has been created in righteousness and holiness of the truth.” (Ephesians 4:23-24)

Click here to see all articles for the March 2022 issue.