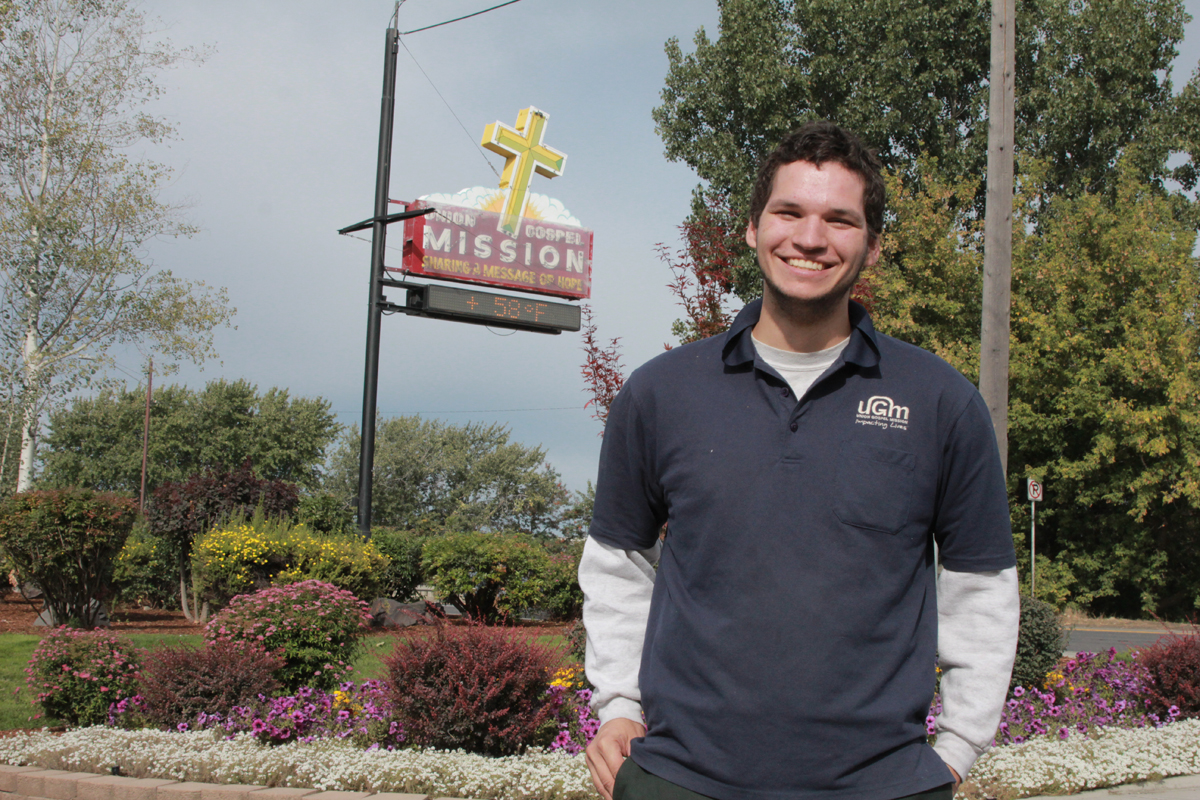 Next week,* Luke Hauflin, 21, will be headed off to Sacramento, California to join Americorps NCCC (National Civilian Community Corps). For now, he is living at the UGM Men's Shelter, helping keep the place in tip top shape as part of the housekeeping team.

His supervisor, Rob Meredith, praised his work ethic: "Luke is super conscientious and goes above and beyond what is asked of him. He makes my job a lot easier." 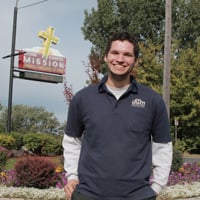 Luke has already completed a stint with the Job Corps in Astoria, Oregon where he learned office administrative skills. Although only 10 extra hours of community service were required, Luke completed over 100.

"I just love helping people," he said. A statement that is all the more profound considering the challenges he has faced.

Luke and his twin brother were taken away from their biological parents at age 3 due to abuse. They were in foster care until age 8 when they were adopted by an older couple whose other children were grown. They lived on a farm out in the country where, Luke said, he learned the value of good, hard work. At 10, he started talking for the first time.

Luke's favorite parts of living at UGM are chapel and Friday Night Outreach. When asked about his relationship with God, he described it like a roller coaster. Sometimes, he can't figure out where God is, but being at UGM, surrounded by other Christians, has put him at the top of the roller coaster, he said.

Luke is looking forward to making a difference with Americorps. After all, he loves to serve.

"Each of you should use whatever gift you have received to serve others, as faithful stewards of God’s grace in its various forms. If anyone speaks, they should do so as one who speaks the very words of God. If anyone serves, they should do so with the strength God provides, so that in all things God may be praised through Jesus Christ. To him be the glory and the power for ever and ever. Amen." I Peter 4:10-11

*Luke's exit time has been postponed due to the government shutdown. We're praying things get back on track and that he is able to go in the near future.