A Passion for Helping People in Recovery

Mike and Jina Doggett are both on staff at UGM, but this couple’s passion for helping the homeless and those in addiction recovery goes far beyond earning a paycheck. They’ve both been in recovery from their own substance addictions, becoming firsthand experts on what it takes to live in freedom.

Jina is the director of Women’s Recovery at Anna Ogden Hall, where women in crisis go through a 16-month program to address the root causes of their struggles.

Mike manages the Aftercare department, which provides resources and support for men and women who have finished UGM’s programs, encouraging them to stay the course as they live out in the “real world.”

I sat down and talked with the Doggetts recently about their background and calling to help those struggling with homelessness and addiction. 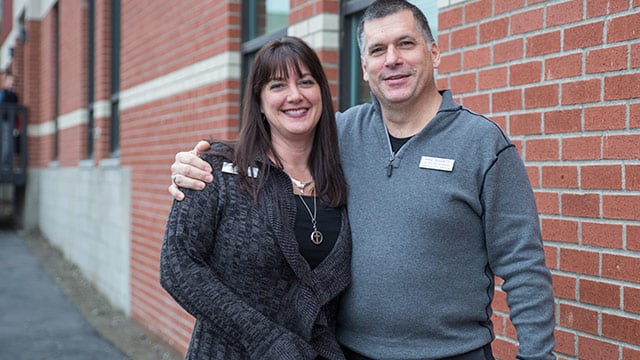 Lynn: Who came to UGM first and how did that relationship start?

Jina: I came to UGM first a year and half ago, and the relationship started really because I was in a Bible study with some ladies from Anna Ogden Hall.

I was so impressed with how they carried themselves, and their calm demeanor. They just seemed to have this peace. I guess it was also a stereotype breaker for me, because I was thinking to myself, "Now, why would these ladies who are supposedly homeless look like they have it so well together?” I was a drug and alcohol addictions counselor and I was managing a detox facility at the time, and so the Holy Spirit just used them to pique my interest. I wanted to figure out what was going on at Anna Ogden Hall that was so different than where I worked before.

Lynn: Mike, how did you come along? 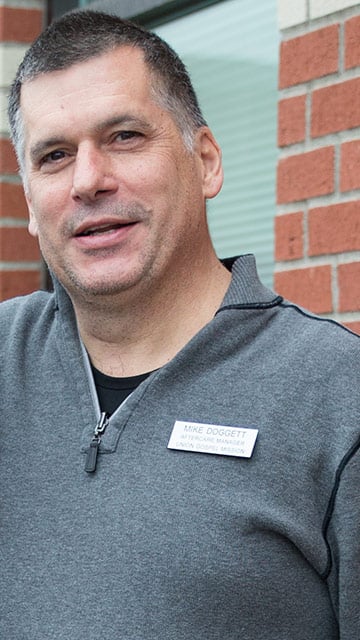 Mike: I was a mentor for the Restart program, mentoring felons coming out of prison. Often I would refer people  to UGM for a bed and a meal. That's all I knew about it. It wasn't until Jina got hired here -- I went through the volunteer orientation at the same time she did -- and I realized just how much they had to offer. Then they offered me the volunteer position of mentor coordinator, which got me even more involved. Then I started volunteering at the Motors, and so that's how I ended up here.

Lynn: What drives your desire to work with the homeless and those in recovery?

Jina: Due to my own past, filled with various addictions, I have never lost sight of where I came from, giving me a passion for sharing the one true hope that we have to overcome and walk in freedom.

Mike: Mine's kind of twofold: my past as well, my struggles with addiction, with alcoholism. In addition to that was watching her. The difference between us was that she had a very strong recovery program going for her. She was going to meetings and stuff like that, whereas I didn't do that and I failed.

So my heart for this ministry is the understanding that it's not an easy road. Seeing these guys out here struggling all the time, my hope is that they will be able to see and feel the freedom that long-term recovery can give you. That's where my heart is.

Lynn: What are the greatest needs you see in the people you're serving?

Mike: For me it's the surrender of the worldly things that are holding them back from giving themselves up to God. I had a discussion yesterday with one of the gentlemen from program who was really, really having a tough week. He's not going to church, he's not going to support group meetings.

Jina: I think the greatest needs would be on a spiritual level for our clients to understand their identity in Christ: Helping them to increase their vulnerability, being vulnerable and not having to put on the mask anymore  to decrease their shame.

And then on a practical level, increase their sober support networks through support groups, clean and sober housing, church, and so on.

Lynn: Mike, do you do the Aftercare coordinating for the people coming out of Jina's program?

Mike: I do, for UGM, AOH and CWC. Mentoring as well as alumni. Transitional housing has become a part of that now. It's kind of evolving as we go. 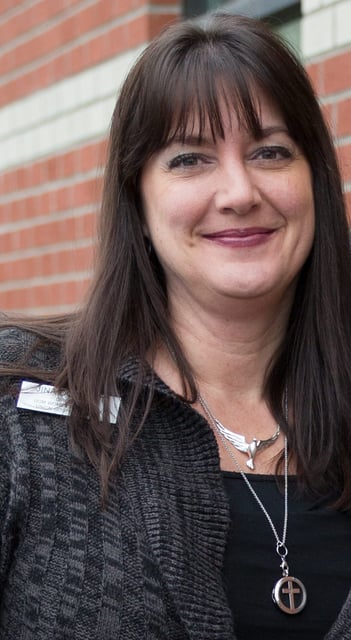 Jina: I believe UGM is meeting some of the needs through a broader aftercare department, through staff -- meaning counselors, volunteers, support staff -- who all really get to the heart of their issues. I think that's where some of the secular treatment agencies fall short is that they don't really go after the heart pieces. They just talk about some of the surface things: "If you just do this, then everything will work out." But UGM really sees down to the core of the human being to their heart pieces, to realize that they keep getting themselves back into the same situation over and over because there's something they didn't go deep enough with.

So I think our staff, the counselors especially, are so skilled in being able to break through the shame pieces and get to the heart, so that they can uncover just years of pain and trauma, and that's what's going to make a difference so that they truly can know their identity in Christ and can have worked through their heart issues.

Lynn: Do you think the length of the program is a piece of that?

Jina: Definitely. Because you're just barely scratching the surface in some of those other programs that are 30-day or 60-day programs.

Lynn: Do you see common threads between clients?

Jina: The common thread is trauma, shame, the heart pieces we were just talking about. Those are the common threads of addiction disorders in general. But of course they all have their own unique stories, and their healing process and their journey is obviously going to look unique. And maybe their willingness that they come in with: Are they willing to lay it down, are they willing to go after the heart pieces that we're asking them to, versus some of them that stay guarded and maybe go out and come back to us again, or go to a different type of treatment or, unfortunately, don't ever get help.

Mike: In ’98 I went through alcohol treatment. It addressed the addiction part of it, but there was so much more that contributed to that: The hurt, the trauma from childhood and stuff like that that we didn't address during that alcohol treatment. For years after that, I paid counselors big bucks to go and help me through some of that. And these guys, they get it through this program.

Lynn: Do you have any Scripture verses or truths that you kind of fall back on in your work every day?

Jina: I particularly like the scripture -- I know it's in the Psalms -- and it says "The Lord is close to the brokenhearted, and He saves those who are crushed in spirit." That means a lot to me because of where he's brought me out of personally, that he saved me when I was crushed in spirit, and so I can convey that to our ladies, to our residents, that he can do the same for them. So many of them look at me and they're like, "I can't believe that you used to do this or that," and I just am able to then share the hope at that time, that he pulled me out of the slimy pit and that he made my mess my message.

Mike: Isaiah 25:1 for me. "O Lord, you are my God; I will exalt you and praise your name, for in perfect faithfulness you have done marvelous things, things planned long ago." I have this sitting open at my desk, and I just look at it several times during the day. It's something that I woke up to -- I think it was the night of the windstorms -- and I wrote it down in my journal. I just keep on reminding myself that he is perfect, and these things have been planned, you know? My past is not one that I'm real proud of, but I am able to use that now in a place where so many other people have gone through the same thing. He had a plan -- he has a plan. 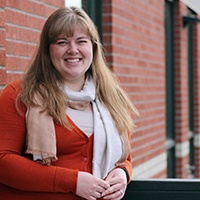 Lynn is a copy editor at the Spokesman Review and a high-impact volunteer at UGM in the Marketing and Communications Department. She has volunteered for over five years to assist with writing, editing, and proofreading. Originally from Fresno, California, Lynn is a loyal 49ers fan and can knit nearly anything--including mini-Star Wars figures for her husband.

Follow the residents, staff, and community of UGM through our newsletter.