How do you define "home?" 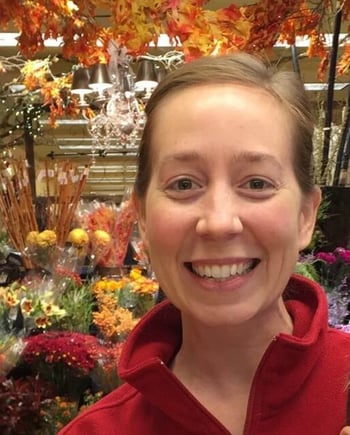 Two weeks ago, a friend of mine moved from Idaho to Europe. Today, I asked her to define the word “home.”

“Well, that is one of the best questions I have ever been asked,” she began. Then I asked her to define “homeless,” if that gave rise to better understanding.

“A sense of loneliness, aloneness, of not belonging is what comes to mind when I think of home and homelessness,” she began.

Feelings of overwhelming joy and sadness, exhaustion and newfound anticipation had greeted my friend as she entered into this new phase of her life in a new culture across the ocean.

“People think of me as being so well put together. I am working on my Ph.D, doing what I love, living in Europe. But, it is a face. I am hiding vulnerabilities that I have. I am afraid of not belonging, of not fitting in. Home is a place of belonging, of being loved and accepted for who I am.”

If you are like me, when someone says, “were you ever homeless?” you might think of living under a bridge somewhere, having an army duffle bag on your back and a dirty face.

But, homelessness is so much more. It is something that we all can relate to—when we have lost a sense of belonging, or even our childhood bedroom being commandeered by our mother’s quilting stash. Sometimes even inside our own “home,” we lose the sense of being loved or connected to another person.

Ironically, my family’s months of homelessness were from waiting for a house to buy. We had just come through the hardest year of our young married lives. My husband feverishly completed graduate school while working more than 40 hours a week. I had gotten into one of the country’s best music programs and just had our first baby.  Then, before we knew it, we were headed to Idaho, where my husband got his first “real” job, teaching at a small Classical Christian school.

Old friends from college warmly embraced us with glad tidings and welcoming arms: “Stay with us!” We looked for a house to buy on a shoestring budget; we could not both rent and save enough to move in to a new house. And, we still had to eat and live on one very small salary while we waited.

What we thought would be three weeks quickly became a cycle of endless days. Not wanting to burden our friends, we began going from one friend or couple to another after a month of waiting. Always so gracious were our hosts—giving us Christian charity and love at every turn. But, a feeling of shame and not belonging became a present and daily shadow for me.

I began wearing doubt, feelings of inadequacy, and a lack of self-respect just like the clothes I wore. Why didn’t we have enough money to buy a decent house and be done already? Or, why at least could we not rent while we were waiting? Were we normal? Would we ever find a house we could afford? Did we fit into society? Did we look like we no longer belonged as contributing members of our social circle? I didn’t have a place to cook or prepare food for my husband and son, or a bed that was our own.

The feeling of being a burden mounted. What is more, I felt detached, wandering, un-rooted, and I began to ask questions like “Who am I?” Even amidst our friends I felt this—and now had the added burden of hiding these feelings from the very ones who served us and loved us. One month into our adventure, I became pregnant with our second child. Fears escalated. Weeks passed. The summer sun quickly gave way to frozen leaves and ice-cold mornings. 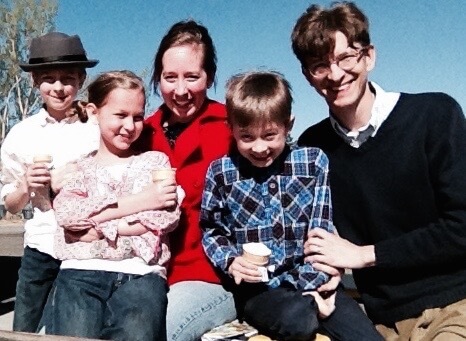 The very last week of October, we had expended all of our social resources, and not wanting to burden anyone else any longer, we decided to move into a hotel. We only had enough for three nights.

It had been three months since we moved across the country and hoped to purchase our first house. Instead of the sense of fresh adventure that I felt upon hearing the name “Idaho,” insecurity, self-doubt, and anxiety plagued me.

By God’s good hand, my homeless adventure ended happily after those three days in a motel.  We closed on our first house, moving our small U-haul van early on a frigid November 15th. God heard my pleas, and carried us from homelessness to a wonderful, small house outside the city. But, I will always remember those three months as we awaited homecoming, hoping that God would catch us from falling off the grid of social existence, as it felt we might do in one instant.

Home is both a tangible location which we call our own and an intangible state of being that we create by a perception of belonging, whether to individuals, people, or organic or inorganic entities.  We see that a home can be the wasteland desert in which John the Baptist dwelt. It can be a deserted island on which the apostle John was exiled. It can be the sea – ever changing, ever perilous – on which we read the apostle Paul lived and traveled for months, even shipwrecking. Home is about belonging perhaps more than any other emotion.