The Fatal Attraction of Addiction

Editor’s note: If you’re like me, you can probably think of at least one habit you’ve tried to break that keeps resurfacing , leaving you frustrated. “Why did I watch Netflix all day? Why am I out at 11 p.m. getting a McFlurry? Why did I choose this bad thing over the other, better, smarter, healthier thing?” 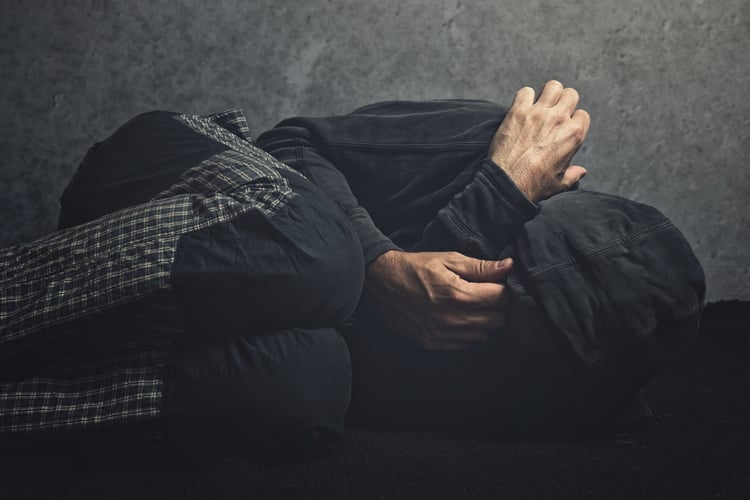 I’ve heard habits described as paths that are tread in your brain. When a path is tread deeply enough, it becomes a behavior. And the more worn the path, the more difficult it is to leave behind.

Addiction is serious – one of the most, if not the most, dangerous path a person can be treading. And it’s the result of a path deeply entrenched.

For these reasons, recovery is hard work (emphasis on HARD).

The following essay was written by a resident who experienced this difficulty firsthand. He wrote this piece recalling his “final day on the streets” using heroin and entitled it “To Hell and Back.”

My final day on the streets is a bit blurry, but from what I remember this is how it went.

On June 17, 2015, I was hanging out with a friend and doing some heroin. At around 4 p.m., I was feeling the effects of the drug and decided to head towards Blessings under the Bridge.

By the time I got there, I was feeling very weak and decided to lay down. Before I knew what hit me, I started falling in and out of consciousness. The next thing I knew, I had puked all over the place and soiled my pants. I then looked up and there was a woman sitting by me named Chrissy, and she saw what kind of state I was in. She continued to talk to me and brought me water to keep me awake. Soon, a volunteer from the event came over to see if I was okay. From what I’ve been told, all I could say was, “Help me, I need to go to detox.” So the volunteer called up detox to come pick me up. While I was waiting, Chrissy and the volunteer stayed with me to make sure I stayed awake and made it safely to detox.

When I got to detox, the staff took my vitals and saw that they were morbidly low. They then rushed me to Sacred Heart Hospital where I spent the next two days recovering.

While at detox the first couple of days, I couldn’t sleep or eat anything. It felt like my bones were literally on fire from detoxing off of heroin. By day five of my recovery, I could finally function and be present for the classes they had.

When my time was coming to an end at the detox unit, they were trying to find an inpatient program that they could place me in. They presented me with an opening at [a recovery center in town], but I declined. I knew that wasn’t the right place for me, so I offered to go to UGM. They seemed skeptical at first, but I called up Jerry Reese and told him I was in a life-or-death situation. I told him I desperately needed the LIFE Recovery program and asked him when the next phase began. Luckily, it was only a couple months away, and he told me to come on in and give it a shot.

Then came the hardest thing I had to do - call up my parents and tell them what I was going through. I asked them if they could come pick me up the next day and drop me off at UGM. Reluctantly, they said yes, and we had a very emotional talk over the phone. The next day my mom and niece came to pick me up at around 11 a.m. and dropped me off here at UGM.

I have since joined the LIFE Recovery program. I have a new-found joy in my life thanks to my very supportive family, friends and my Lord Jesus Christ.

Unfortunately, this author left the program shortly after getting started.

Why did he relapse? Why revert to old habits and behaviors that made his life SO miserable?

Sorry, no solid answers here. Addiction is not easily overcome; again, it’s hard work. Jerry Reese, the men's program director referred to above, says it is the hardest work a man will ever do.

But don’t be discouraged because, while relapse is no joke and it’s important to mourn the serious detriment of drug addiction and relapse, it’s equally important to recognize the individuals who are walking a new path, recovering from addiction, and transforming their lives.

We can celebrate their work (including the men and women at UGM), and pray and trust God to help others – like this gentleman – break free from the addictions that bind them.

To learn more about addiction, check out this video from UGM Counselor John Dunne.

A Look Inside Men’s Recovery
The Heart of Lifelong Recovery
It Won’t Be Different This Time
Make His Path Straight
Katie: One Mom's Journey of Restoration