After her husband’s death, Julie Hather ran away from her grief and sadness by drinking. Alcohol took over her life, and she found herself in a difficult position.

“I was living with my boyfriend, and there was a lot of drinking, and it was abusive—emotionally, physically, mentally. It was exhausting. I should not have been there, but I didn’t have anywhere else to go.”

The environment was unsafe for both her and her daughter, Mary, who was taken away by CPS.

“They told me they gave her the choice and that she chose to leave with them. I told her she didn’t have to go with them, she could stay. But she chose to go, which started everything.

Julie had heard about UGM and knew she could find safety here. Two weeks after she lost Mary, she came to the Center for Women and Children. She finally felt safe, and she found the courage to stop running.

"It was God, and I could give Him the glory."

“[CPS] said, ‘This never happens.’  It was God, and I could give Him the glory, and say, hey it’s because I’m here, it’s because of God…I did nothing.”

For both her and Mary’s sakes, Julie decided not to avoid her pain and grief anymore, but instead evaluate her actions and tackle her hurts head-on.

“How I face problems...Usually in the past I’d drink or run away from them, and now, I can face them and that way they don’t get bigger. They’ve become hurdles, but they’re not walls.”

Instead of running, she wants to live the life God has for her and make an impact giving back to the community.

"I want to have the heart that God created me to have...instead of just a numb existence."

“I want to be a contributing member of society. I don’t want to be a wash bucket that’s needy and impoverished, but I want to be able to give back. I want to have the heart that God created me to have so it’s a fruitful journey instead of just a numb existence on the verge of the gates of hell.” 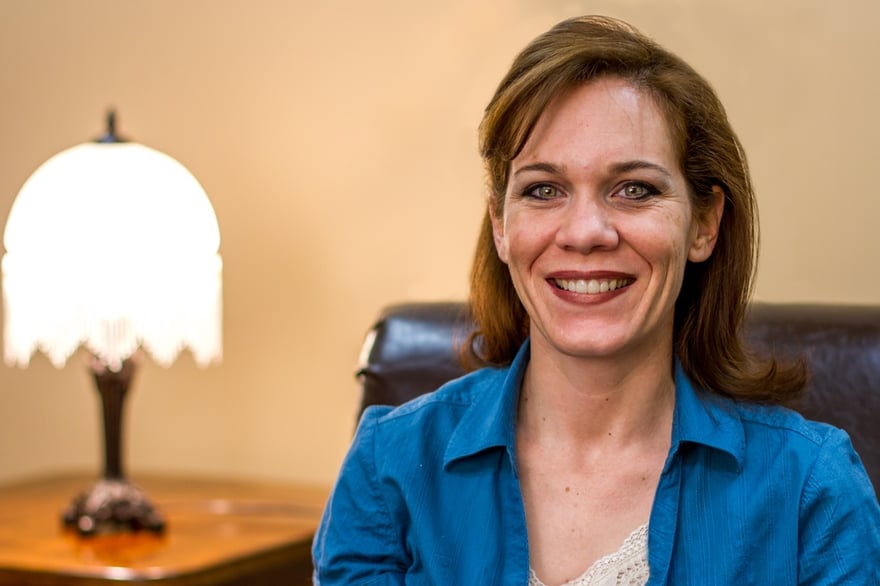 “I wouldn’t be here if it weren’t for God. He saved my life, and He never gave up on me. And I know He has that hope for everyone. I just thank God for UGM, for them being here, because I can’t imagine having to go back to where I came from.”

We love telling stories like Julie's, and we love sharing them with you. Just click on the link below if you'd like a bit of good news delivered to your inbox!

Is Addiction a Sin or a Disease?
Celebrating Beauty from Pain
Graduation Marks the Beginning
Recovering from a Broken Heart