UGM Camp: The Luckiest One

“I must be the luckiest boy in the whole world!”

These were some of the sweetest words I’ve ever heard. The truth is, maybe he was one of the luckiest boys in the whole world. 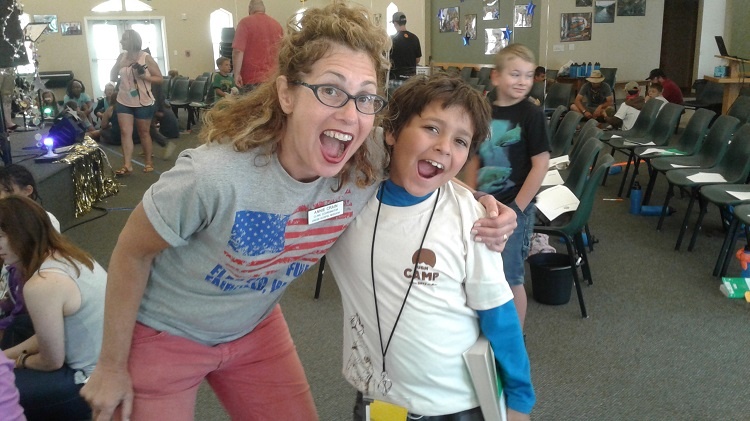 Luciano had been one of the kids at Young Club, where a few Student Impact Team members and other adults do an after-school program at Stevens Elementary during the school year. We picked Stevens because several families that frequent UGM have kids at Stevens. We also saw it as a place where we could begin to break the cycle of homelessness by getting involved in the lives of some of the kids and families on the verge of homelessness.

Our hope: What if somehow we could intervene in the lives of these kids and families before they end up in such a catastrophic position?

Luciano is one of the kids who attended since the beginning of Young Club. When I would walk him out to the bus, he would talk and talk and talk. School workers and teachers would stop me and ask, “How did you get him to come to your club? Luciano has never come to any after-school activity before. I can’t believe he is attending. What do you do at your club? I’ve never even seen him talk before.”

Really, we weren’t doing anything very special. We plan activities on the themes of Discovery, Community Service, Science, Homework and Fun, but our greatest desire was just to build relationships with the kids and enter their world. Maybe that is why Luciano would just talk and talk and talk.

I remember one time Luciano talked about how his dog died and his cat died and he just wished he could live forever. Another time, I did a lesson on having an empty heart and how when we talk mean to each other, it depletes the love in our hearts. Luciano later announced to everyone, “You know that kid with the empty heart? That’s me!”

All school year, I was looking forward to when Luciano could go to UGM Camp and hear the truth about Jesus! Unfortunately, I was not at the last couple of clubs. I wasn’t sure if the kids had been invited to UGM Camp or not. Who was there on the last couple of days to get the invite to camp? Was Luciano there?

No one had an answer for me. I tried to go to his house, but the road construction on Sprague made it impossible for me to drive to his house. And then I had to leave town for a family vacation.

The day I returned was Stevens Elementary camp day. Was Luciano registered? No!

I went on a hunt for him. He needed to go to camp! I walked across all the road construction to his house. No Luciano. Evidently he had moved. Now what?

I asked a couple of kids out playing by his house. No one knew. I prayed and went back to work. I tried to call someone from Young Club that I thought might have access to the registration forms but was likely out of town. No response. I texted her. No response.

I looked across my desk and saw a verse I had scrawled out a few weeks earlier, “Until now, you have not asked for anything in my name. Ask and you will receive, that your joy may be complete.” John 16:24

I thought about this situation. It was so unlikely! The bus had already left. I had already been told I could bring him only if he didn’t take medications. Otherwise his parent would have to take him. But I had never met his parents and even if I did get a hold of them, Luciano would have to want to come and they would have to trust me enough that they were ready to send him right away. I went to a coworker and said, “This is the most unlikely thing, but would you please pray with me?”

Ten minutes later, I got a text with his mom’s phone number. I called and she said, “He is so bored. I think he would love it.” When I went to pick Luciano up, his mom confided, “He has never been away from me before. Even for one night. Never!”

Luciano talked all the way to camp, mostly about science and biology. When we arrived, Luciano noticed a nest in the chapel rafters. As he pointed it out to me, the mamma bird flew back with a worm and four little beaks started poking in the air. We saw each baby bird fed. Luciano looked at me with huge eyes filled with excitement. “I must be the luckiest boy in the whole world!”

At that moment, I had no doubt that he probably was. I was pretty certain God had an amazing plan for Luciano’s week – and more! 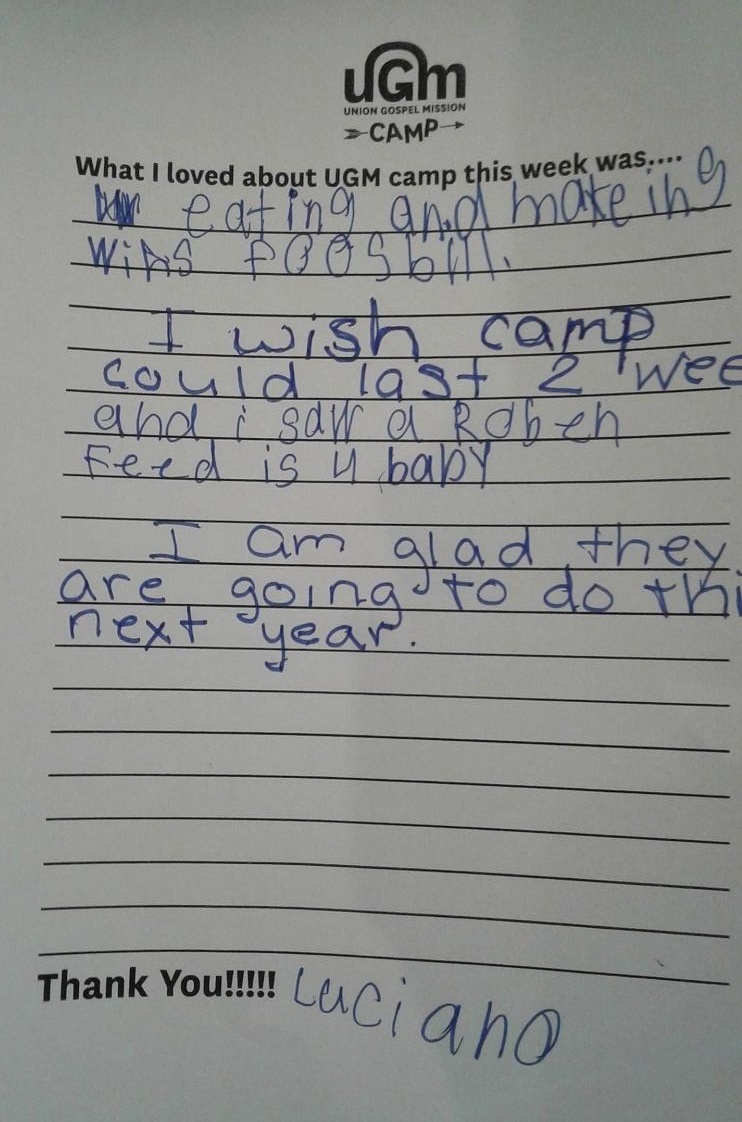 For one thing, even though he was at camp with kids from his school, he didn’t really know any of the ones who swarmed around him when I dropped him off at camp. At the end of the week, he said goodbye to everyone and could identify several who he hoped to see again at school in the fall.

The hardest thing for Luciano at camp was eating some different foods. “Do you know that coffee cake doesn’t have any coffee in it?” he asked me.

Turns out Luciano’s mom had been wanting him to go to church somewhere, but they had never gone. The church that led this camp plans to have a camp reunion gathering soon. Pray that Luciano and his mom get connected with Christ-followers who will continue to nurture the gospel in their lives! 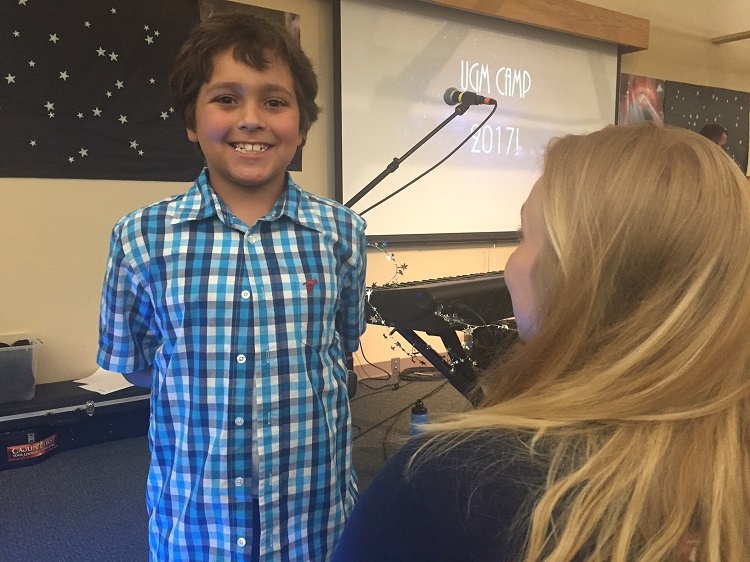 Luciano is one of hundreds of children coming to UGM Camp over the course of the summer, enjoying fun activities, new and challenging experiences, healthy interaction with adults and a chance to hear the gospel. It’s not too late to sponsor a camper!