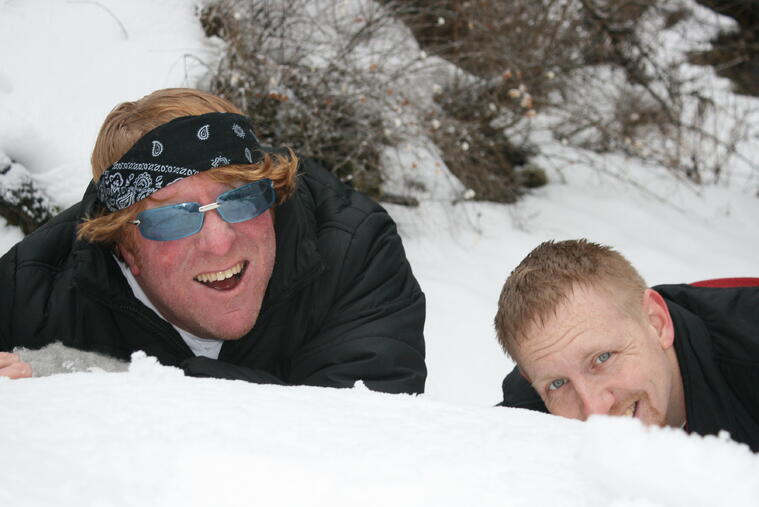 Some recovery breakthroughs happen outside the counselor’s office, outside the classroom, outside chapel, outside the Mission all together. In this post, Gregory Simms, who came from California to be part of the Mission's recovery program, shares how a winter camping trip to Stevens Peak, Idaho, brought him new insight.

Dennis Roach, UGM's former Youth Outreach Director (and outdoor recreation guru), took Gregory and fellow recovery participant Robert on a winter backpacking trip. The challenge: hike up the mountainside through six-feet of snow, wearing snowshoes and carrying a 70-pound-plus backpack. Gregory admitted to making his backpack way too heavy. "I brought chocolate and peanut butter and all this stuff I didn’t need . . . too many changes of clothes. It was really heavy." 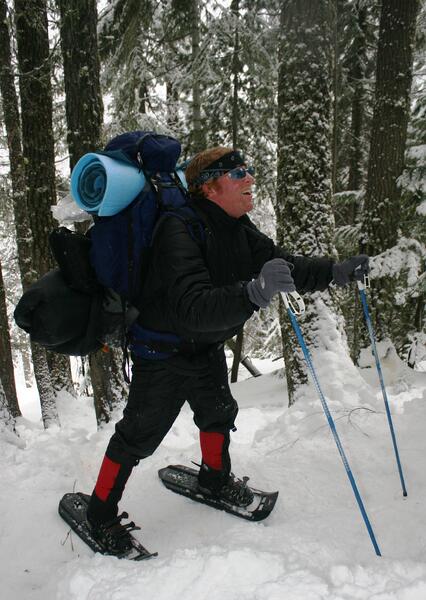 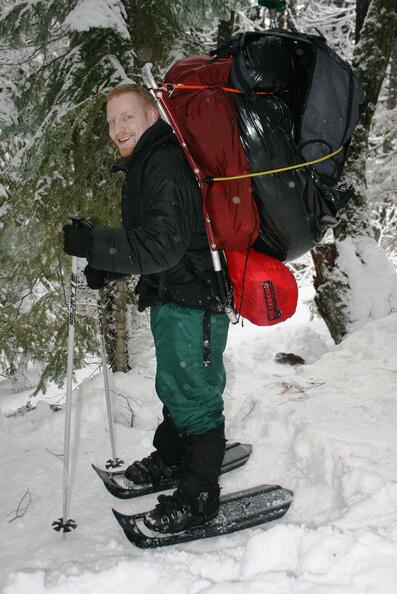 Still, everything started out well. "There was a light rain. The temperature was about 35 degrees, and we were really enthusiastic," Gregory said. "I had never been on snowshoes before and with a pack like that and ski poles. . . it was pretty hard, but we trudged up the hill and did pretty well."

Until...Until their intrepid leader decided to venture off  trail. They had just reached the point where the switchbacks started when Denny recommended  a more direct route - straight up the face of the mountain. "It's a shortcut," he said. What?!

Gregory described the next leg of the trip with a measure of incredulity in his voice: "Snow was going up past my knee. My poles were sinking in. Dennis was blazing the trail. Robert was ahead of me. They got kind of far ahead of me, and I realized that I was having a really, really hard time. It took every bit of strength I had to take those steps and to carry this pack. My pack wasn't adjusted right – the weight was on my shoulders, not my hips. I almost fell backwards like four times.

"It just kept getting steeper and steeper, and I started getting really upset. I mean, the basic rule of mountaineering is that you stay on the trail, so I started yelling at Denny: 'Why did you take us up here? This is definitely not easier.' I was afraid I wasn’t going to make it or I was going to fall and slide down the mountain and possibly hit a tree and get injured.”

Eventually, they did make it. The three worked together to dig into the snow and set up camp. They gathered wood for a fire only to discover everything was too wet. They had a quick meal and turned in for the night by about 5 p.m.

The next morning, the rain had stopped, and a fresh layer of snow blanketed everything. Breathtakingly beautiful, Gregory said. As they stood next to a waterfall, "I had a moment with the Holy Spirit." Avalanche conditions, however, required that they cut their trip short and head back down the mountain.

Gregory, Robert and Denny spent the next night at UGM Camp, and as they talked, Gregory had time to reflect on his anger during the hike. Denny explained that he had taken the more difficult route on purpose; he wanted them to be tested. And Gregory realized that, in a sense, he had failed that test. He had become fearful, and in his fear, he had lashed out at Denny, doubted his leadership, his decision-making, even whether he had their best interest in mind. He didn't trust.

Back at the Mission, Gregory brought the incident up during community meeting, and as a group, the men in the recovery program had the opportunity to talk about fear and trust, extending the discussion to include God. What do we do when we feel fearful? Are we naturally inclined to trust? Has God proven Himself trustworthy? How do we know He won't leave us? All questions that transfer well from winter backpacking to everyday life. 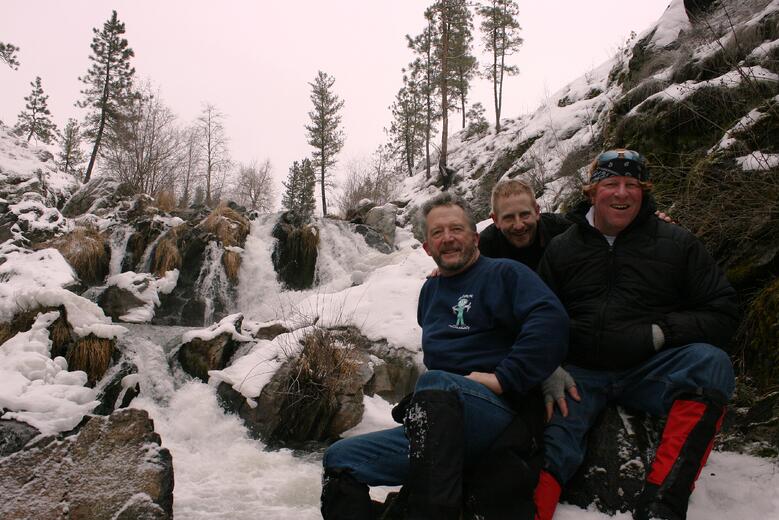 Recreational outings are an important part of recovery for a variety of reasons. Men, women and children experience the beauty of God's creation and its healing effects. They have fun without the influence of alcohol or drugs, and often, as in Gregory's case, they face challenges that test their newfound faith and ability to trust.

If you want to come alongside UGM residents in their recovery, click on the link below to sign up for a volunteer orientation.

Addiction Recovery: A Healing of the Heart
Honoring Jerry Reese: An Authentic Man
A Look Inside Men’s Recovery
God changed me through UGM.
Pursued and Loved by a Good God