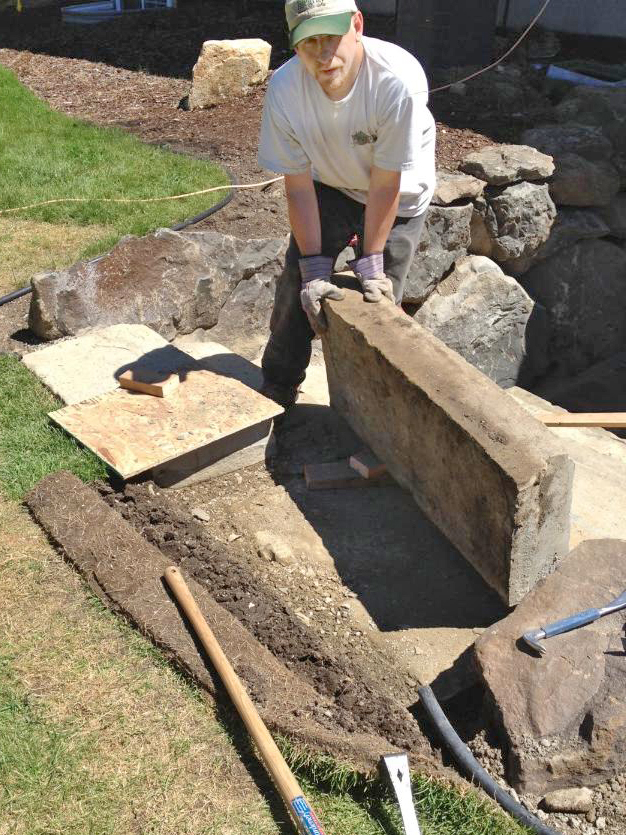 Robert Lewis turned to drugs and alcohol partly in response to frustrations in the work place.

“My addiction came from always trying to be a workaholic,” Robert said. After overworking in hopes of promotions that never came, Robert felt he deserved to escape. “When I would eventually get off work, it was my time to play.”

Anger also caused Robert trouble in the workplace. “I lost a job when I was 21…and was court ordered to take anger management.” Robert saw the information as irrelevant to him and never applied it.

The anger, absence of boundaries, and addiction eventually brought Robert to the Union Gospel Mission.

Now in the fourth phase of the Men’s Recovery program, Robert is doing his business practicum with Integrity Remodeling, getting real world work experience.

“I love Integrity Remodeling. They are a great Christian company.” Robert still encounters frustrations that would have set him off in the past, but he is learning self-control. He recognizes that blowing up won’t solve anything and could definitely make things worse.

“I have God in my heart where I can look and say, OK, it was an event that happened and I can learn from it,” Robert said. “It isn’t something I need to drink or do drugs about. It isn’t worth tearing myself up.”

Robert admitted he still has fears. He used to make the wrong decision even when he knew the right one, and he is scared he might do that again. Fear, however, doesn’t need to stand in the way of growth. Risk, Robert has learned, is part of life.

“I can be a positive Christian male, and I have the confidence now to push forward; but I believe my fear is a positive fear. It keeps me sober.”