Teaching Children to Serve Others 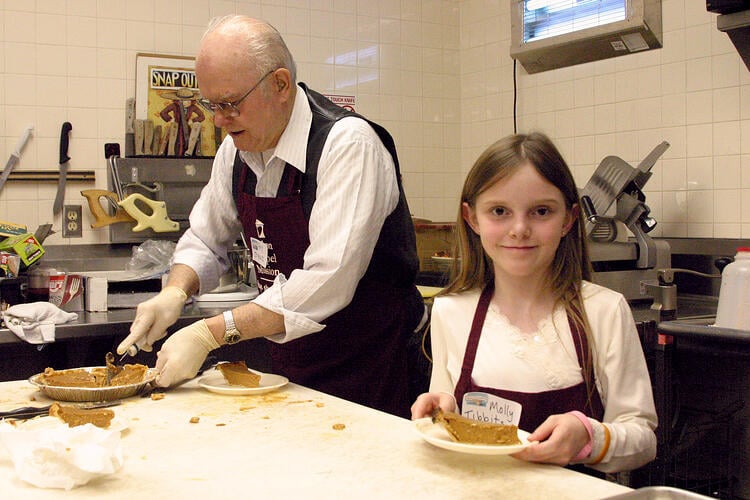 “Share.” As a parent, how many times do you suppose you’ve said that word?  We want our children to be generous, selfless, compassionate, but sometimes it can seem like an uphill battle, to say the least. How exactly do you inspire those virtues? How do you give them eyes to see those who are hurting or homeless or suffering? 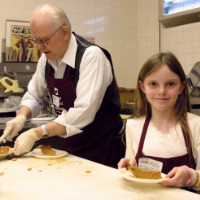 Well, here’s a bit of a twist on that question: What if the children are the ones doing the teaching?

Over the past year, some of the most feel-good moments at UGM have resulted from the generosity of children– some of them as young as six.

Now, undoubtedly, these children were taught by parents and mentors who loved them well and modeled what it means to put others first.

Still, at this point, we think the children have become the teachers; so sit back, browse the quick snippets below, and allow your soul to be encouraged by the next generation.

NOAH, 9, read an article in one of his children's magazines about a family who sold recycled crayons to raise money for charity. Noah was inspired, and that inspiration turned into a HUGE, 2-family dream to feed the homeless. They collected broken crayons by the thousands, melted them, molded them and gave them away in exchange for donations to the Union Gospel Mission at the Garland Street Fair. This turning-crayons-into-meals project raised $370 - enough to feed over 200 people at UGM. 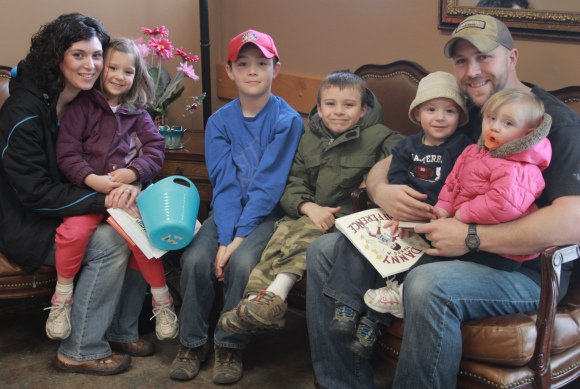 ALAJAH chose to collect toiletries for the women and children at Anna Ogden Hall for her senior project at Cusick High School. She stayed in a homeless shelter as a child – it may have even been Ogden but she’s not sure. Alajah knows the little things can make a big difference, and she wanted the families to have those comforts. 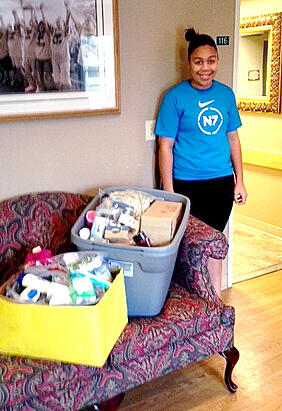 LILY said she didn't want a party and presents for her 11th birthday. Instead, she wanted people to give to the UGM Center for Women & Children in CDA. Her birthday sacrifice raised $215 for homeless women and children. 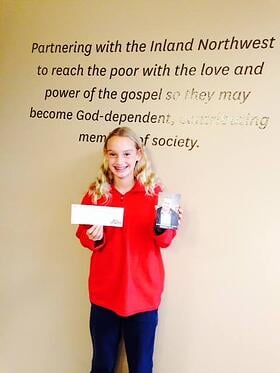 After visiting the UGM Crisis Shelter for Women & Children, JASMINE decided she wanted to raise money to help the families living there. She created all kinds of products using duct tape - wallets, pens and bracelets, and she raised $44.50!

The youth group at SOUTH HILL BIBLE CHURCH is the driving force behind the Hunger Busters. Each Halloween, rather than going door-to-door collecting candy for themselves, they collect canned food to stock the pantries of the Union Gospel Mission. This year, they collected 3,847 pounds of food!

For 25 years, the students at VALLEY CHRISTIAN SCHOOL have been putting on a Veterans Day Program to honor the men and women who have served our country, too many of whom have found themselves homeless. 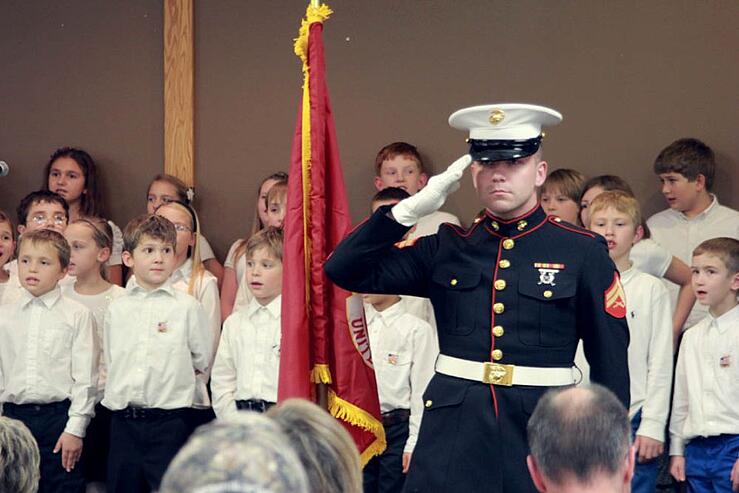 The GIRL SCOUTS OF TROOP 3003 used money from their cookie sales and other fundraising efforts to purchase a toddler play structure and a toddler picnic table for the Center for Women & Children. They then spent 6 hours at the Center assembling these gifts, as well as 4 benches purchased with grant money from the Women's Gift Alliance.

Seven-year-old HOLLY dreamed up a heart-shaped tree park with each of the trees dedicated to a child or an organization serving children. After two years of persistence on her part, that dream became a reality in Spokane's Friendship Park. That little forest will stand for years to come as a testament to the difference one child can make.

CHASE noticed that children who didn't have nice clothes and shoes were often bullied at school, so in anticipation of his 11th birthday, he began collecting shoes to give to the children in our shelters. On his big day, he brought 688 pairs of shoes to the Mission just in time for kids getting ready to go back to school. Chase has decided to keep up the drive and continue collecting shoes for those in need.

And, finally, our youngest Good Samaritan. Six-year-old NOAH sold cocoa and cookies to raise money for kids in our shelters. As soon as he dropped off the money at the Center for Women & Children, his mom said he was ready to do it all over again. 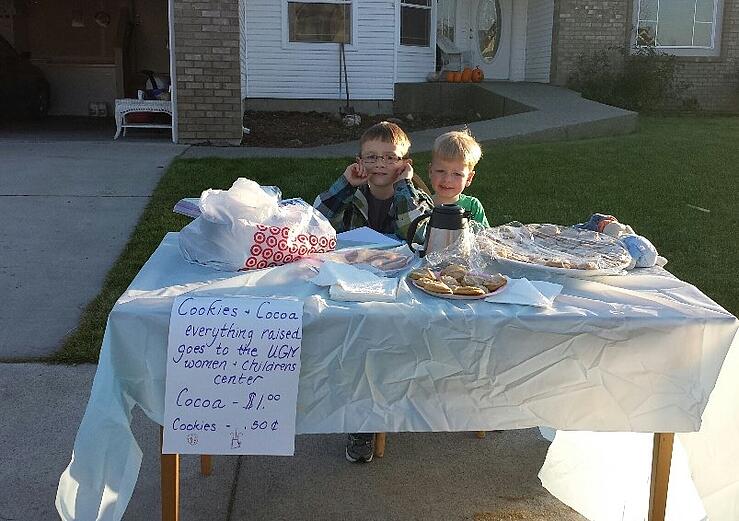 Serve a meal at one of our shelters with your family: Click here!