He has shown you, O mortal, what is good.
And what does the Lord require of you?
To act justly and to love mercy
and to walk humbly with your God. – Micah 6:8

Earlier this year, before the pandemic, before the protests, we committed to looking at and meditating on Micah 6:8 as a way to bring 2020 into focus – justice, mercy and humility. Good words on which to focus, especially for Christians who care about the poor and homeless.

The past few weeks, James Bishop, UGM’s videographer, and I have been doing interviews with the individuals who have finished UGM Recovery and are launching their new lives in the community. For me, this is always a treasured time – people are entrusting us with their very personal, very painful stories – but also a humbling time. I cannot miss how relatively pain-free my life has been. 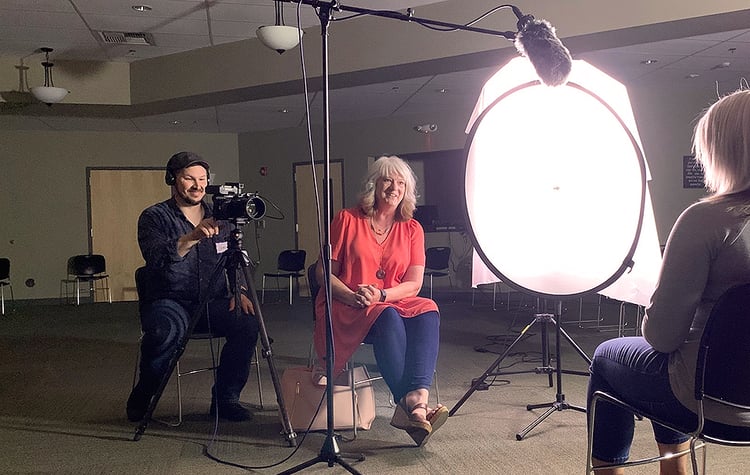 My job is to ask questions, to draw out those stories, but as an interviewer, my number one responsibility is to listen.

Listening, I fear, has become an undervalued skill in today’s society. I see and hear (particularly on social media but in person, as well) so many people SHOUTING and so few people really listening to understand.

Listening is not a passive skill. It requires concentration – on the person’s words, yes, but also on the emotions underneath the words. It requires clarifying questions to make sure you understand what is being said. And it requires the laying down of labels. The person to whom I am listening is a fellow human being, created in the image of God, not an addict, not an idiot, not a loser, but a person with feelings and frailties, history and…a story, a story worth hearing.

Doing justice, loving mercy, I suggest, start with listening. Our world is complicated. Most of the people I interview have struggled with addiction in one form or another. They have all made poor choices, and some have suffered horrendous consequences. When I listen, I begin to understand some of the reasons behind those poor choices. I hear, in almost every story, some measure of childhood trauma, of abuse, of neglect, of name-calling and lies with regard to their value and identity.

When you’ve been lied to about your worth – about who you are at your core – it shapes who you become, and those lies can seem almost impossible to overcome.

What is justice? What is mercy?

Recently, I sat down, not with a resident in our programs, but with Danny Beard, a co-worker who has the office next to mine. At over six-feet-three, Danny doesn’t look entirely comfortable in my girly office chairs. He is a lifelong athlete who is generally clad in his own blend of business casual and sports attire. And please hear me when I say, Danny is one of the most positive people I have ever met. He is constantly smiling, laughing and offering encouragement. He is a coach at his core, one who builds up and believes.

On this day, however, Danny wasn’t smiling. I had asked him to share with me what he was thinking about current events. I wanted to hear his take as a black man. 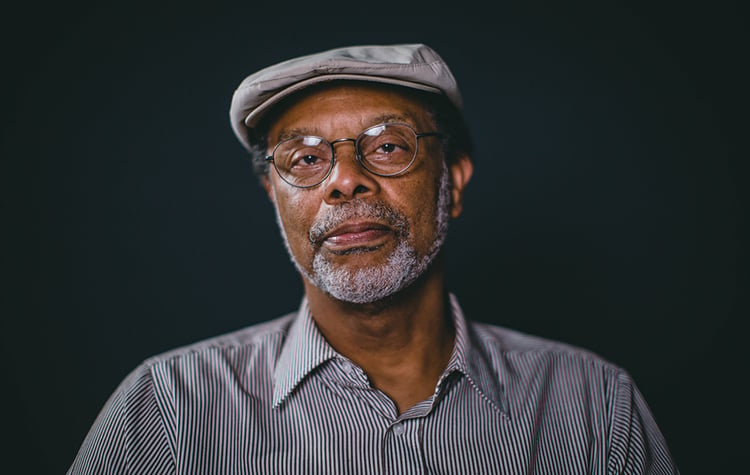 And then I listened.

Danny shared an email he had recently sent to a friend who asked the same question. Along with some practical suggestions on how his friend might learn more about racism and its impact, Danny offered this personal statement: “I struggle with why so many white individuals cannot see me as a valued human being, created in the image of God, working hard, loving my family, trying to treat others with respect.”

Indeed. How could anyone not see Danny’s inherent value? Lest I think racism a thing of the past, Danny told me how he was followed through a grocery store in north Spokane by someone who suspected him of being a shoplifter, how his mailbox was blown up after his picture was in the newspaper, how some of his neighbors will not acknowledge his presence.

Then Danny shared with me a bit of his history.

As a young man, his great-grandfather lived in the south shortly after the Civil War. He was a free man, working on a plantation, when two of his friends were lynched. Danny’s great-grandfather fled with nowhere to go. He was passing time at a railway station when a complete stranger offered him a job. He transported him two and a half hours farther north and paid him to work his land. This random act of kindness set a new trajectory for multiple generations. That one act of kindness changed Danny’s life years in the future. Love mercy. Do justice.

With that foundation, Danny’s family was able to establish a farm outside St. Louis with a small house on the edge of the projects. Danny grew up on strict morals and hard farm labor, but he also went to school and had friends in the projects. Growing up, he has been called the “N-word” by whites and “Uncle Tom” by blacks, but he found his way. And Danny credits the mixing of those two worlds early in life with his current ability to get along with a wide range of people.

“Be careful to do what is right in the eyes of everyone. If it is possible, as far as it depends on you, live at peace with everyone” – Romans 12:17-18. Danny is equally comfortable at the AME church of his childhood as with a group of white farmers from North Idaho.

“And we urge you, brothers and sisters… encourage the disheartened, help the weak, be patient with everyone” – I Thessalonians 5:14.

As someone who has lived and worked in a variety of settings, Danny is a great spokesman for racial reconciliation. He knows his Bible and holds it in the highest esteem. Danny will not compromise on the Word of God. He also knows what it is to be judged by the color of his skin, and he believes in the value of every man, woman and child.

To people wondering how to respond to the current racial unrest, Danny says, listen, seek to understand, empathize, educate yourself, and when appropriate, lament. To acknowledge another person's suffering is never out of place. In order to do justice and love mercy, we must first listen.

If you're interested in ripping off labels and listening to people's stories, request the free DVD and study guide below, "Lose the Label."