Seeing the Image of God in All People

What a privilege it is to be ministering here at the Union Gospel Mission of the Inland Northwest-- a place that acknowledges the deep significance of every human being.  Years ago, Dr. Francis Schaeffer wrote a book entitled, No Little People.   As the title suggests, the thesis of the book is that there are no insignificant people.  This is true because every person was created by the one true and living God.  This is what the Bible teaches us.

Way back in the book of Genesis, it is revealed to us that it was God Himself who chose to create the initial couple, out of which the entire human family would come. After creating the heavens and the earth, the plants and the animals, God said: “Let us make man in Our image, according to Our likeness…and then He did so. So God created man in His Own image; in the image of God He created him; male and female He created them.”  (Genesis 1: 26-27). This is who we are as human beings: marvelous creations of the living God, created in the image of God to reflect His image in the world.

Bible students know that sadly a cataclysmic event took place that marred the image of God in all the human beings who would flow out of Adam and Eve as descendants. Adam and Eve chose to disobey God and to sin against Him and sin entered into the whole flow of humanity that would follow.

It is interesting that the New Testament writer, James, inspired by the Holy Spirit, acknowledges that though the human family became sinful, human beings did not completely lose the capacity to bear the image of God. I take it from this that though the image was badly marred, there is a vestige of it in every person. James writes: with our tongues “we bless our God and Father, and with it we curse men, who have been made in the likeness of God” James 3:9.  He concludes this is not what we should do.  But in saying this, he also acknowledges that all men have been made in the likeness, the image of God.

Further, one of my favorite Old Testament passages is Psalm 139. It is the most intimate account we have in the Bible about the creative power and work of God that is operative every time a new human being is created. God revealed these details to David so David would know who he really was: a marvelous creation of the one true and living God. Surely it is implied that what is true of David is also true of every human being, including the homeless and the poor we seek to serve in Jesus' name.

So, in the light of biblical revelation, we must go beyond any labels that may be put on our fellow human beings to the ultimate reality of who they really are:  marvelous creations of God Himself!  As a created being, every human being bears in some God-given sense, even in a sinful state, the likeness of God Himself. 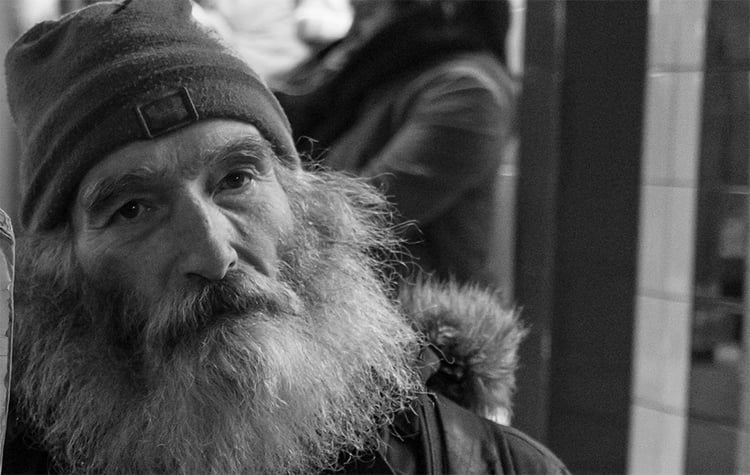 This is where our Lord Jesus Christ came into the picture.  He is God’s Gift to the entire human race, who came to rid us of the sin that was inbred into our nature and to free us from the consequences of that sin, separation from the God Who created us.  It took Jesus’ death on the cross to secure our forgiveness from all sin.  It took His resurrection to deliver us from death.  He is the only Person in history to solve these two problems for us: sin and death!  The Apostle Peter wrote: “For Christ also suffered once for sins, the just for the unjust, that He might bring us to God…” 1 Peter 3:18.  And the Apostle Paul added that Christ was revealed as the One Who “abolished death and brought life and immortality to light through the Gospel.” (2 Timothy 1:10)

Now, here is where it gets exciting: every human being has the God-given image bearing potential to enter into a personal relationship with God as Savior and Redeemer through simple faith in His Son Jesus Christ!  We look beyond and reject temporary labels like “addict”, “junkie”, “alcoholic”, and see the image of God in the person and the potential to be restored completely to God’s original purpose for us as human beings.   We see every human being as a walking, talking, living miracle of the one true and living God.  And we see every person as a candidate for another creative miracle just as amazing as the first:  the life giving, life transforming miracle of “being born again” through faith in Jesus Christ.  That’s why we are thrilled, as our UGM Mission Statement declares, to be able to “partner with the Inland Northwest to reach the poor with the love and power of the Gospel, that they may become God-dependent, contributing members of society”! 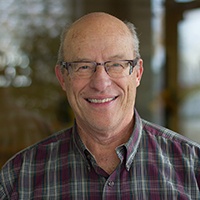 Sonny Westbrook worked in education for 15 years and in pastoral ministry for over 20 years. Now, he is the director of ministries at UGM, caring for both staff and guests at UGM. He and his wife, Judy, have been married for 45 years and have four children and 12 grandchildren. Sonny's greatest passion is encouraging Christians to see all they have been given in the person of Christ and to live in the fullness of His life.

Everyone bears the image of God, including the poor and homeless. Find out some ways you can help the homeless and treat them with dignity.