Can a week at camp really change a life?

Did you know Union Gospel Mission has a camp for underprivileged kids? We want every child to have the opportunity to spend a week at camp – exploring, singing around the campfire, building relationships, challenging themselves, meeting Jesus – even kids whose parents can’t afford it. That’s what UGM Camp is all about.

The article below is written by a high school senior. She hasn’t been to UGM Camp, but some camp experiences are universal.

Some people might say very little. It takes three months to build a habit and definitely more than a week to break one. It takes more than a week to learn a new skill. To become an expert at that skill takes 10,000 hours or approximately 417 days - more than a year if, by some miracle, you could work around the clock. However, thankfully, some things in life are not defined by numbers. Impact is one of those things.

No one can tell another person how long it takes to impact a life, but I know this, sometimes it only takes a second.

Over the years, I’ve spent a lot of time at camp. I went to both Camp STIX, a camp for Type 1 diabetics, and Camp Spalding, a church camp. I’ve been so many times, in fact, that it’s a little difficult for me to figure the exact number, let’s just say more than 17.

Without a doubt, camp has made an impact on my life. I would go so far as to say it has shaped who I am today. Even if I had gone for just one of those weeks, I know it would have been significant, but I cannot imagine who I would have become if I had not ventured away from home at all.

If someone were to ask me - which my mom did when she asked me to write this – what made the biggest impact on me at camp, I would say the life stories. That was the main focus at Camp Spalding one year, but life stories are everywhere. I just have to listen. I know that sounds cliché, but it’s true. It’s one of the deepest truths I have learned thus far.

In one of the talks about life stories, the speaker told us that he used to think to be a “good Christian” meant to go to church, pray, and testify in hopes of converting others to Christianity. However, he has since discovered, a much stronger form of ministry is listening. To listen to someone’s story with no other intention than to learn about them. 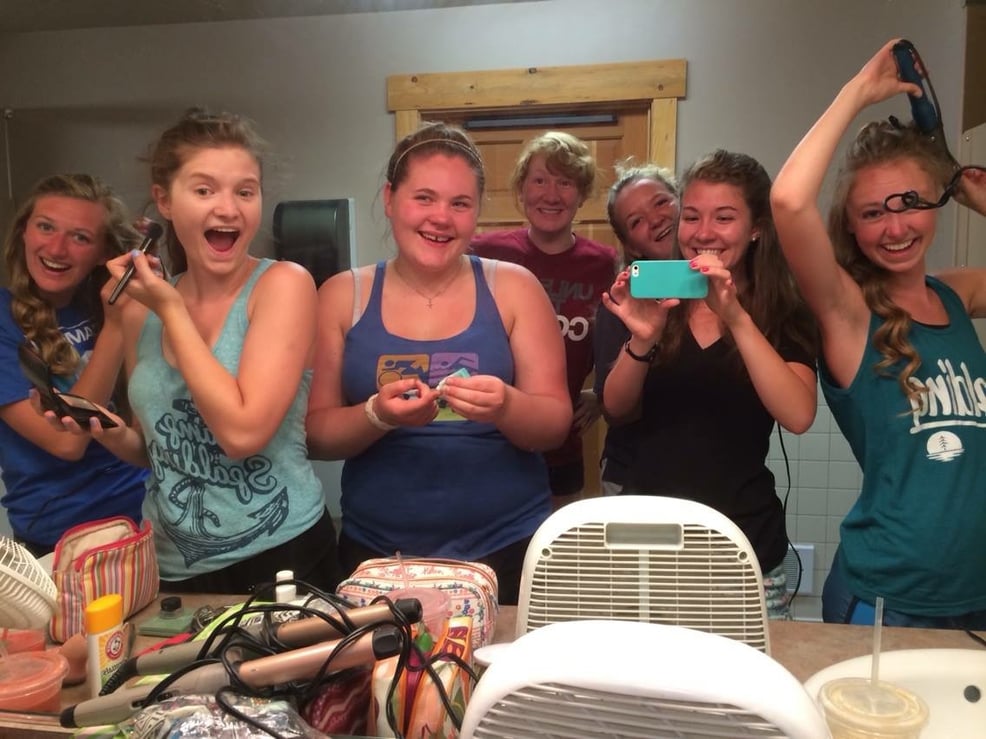 Or, if they don’t want to tell their story, tell them your own, with no intention other than letting someone into your life. Be vulnerable.

In the spirit of this, all the seniors at camp were asked to tell their Senior Life Story. While I was writing mine, I decided I didn’t want anything more from it than for it really, truly to be my life story.

The one second – the one life-changing second - that stands out in my mind, however, was when someone thanked me. Thanked ME for telling MY story. She said that she needed it. She needed someone to be real and honest, not to sugar coat things or pretend that their 17/18 years of life already had a happy ending. I realized that my life story is valuable and impactful.

While that one second is the one that stands out most to me today, there are 171,360+ other seconds that might stand out to me tomorrow.

Izzy Comito is the 17-year-old daughter of Barbara Comito, UGM Director of Marketing. She will graduate from Mead High School on June 5, 2015, after which she plans to spend yet another summer at camp – this time at Compass, a Camp Spalding program aimed at preparing graduating seniors for their freshman year at college. Izzy is headed to Seattle University in the fall where she plans to study creative writing.

Don't underestimate the impact camp can have on a life. Send an underprivileged kid to UGM Camp this summer.

The Crisis Shelter: Many Stories, One Home
Meet INW People