UGM Employment Ready Program helps ex-inmates get back on their feet.

The Idaho Department of Correction says 35% of criminals released from prison between 2008 and 2011 committed a new crime or violated parole and went back within three years. Eric Payne was one of them.

Eric was 24 when he first went to prison in 2006. When he was paroled after six months in a prison treatment program, he thought just having a beer or two wouldn’t hurt. But his drinking became heavier over three years as he spiraled amid the fear of being caught and sent back. The drinking caught up with him when he stopped checking in and broke parole. 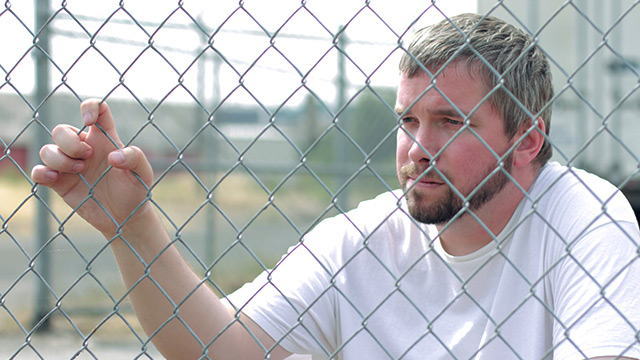 “Believe it or not, when I got arrested it was like a giant weight lifted off my shoulders, just all that running and being scared and looking behind my shoulder was gone.”

But his mother’s sudden death happened the same night as his re-arrest, and Eric was taken in shackles to the hospital to see her body in a room with his devastated stepdad. “I couldn’t hug my mom, I could barely touch her hand. … I didn’t really feel like crying for myself, but I felt like crying for everybody else. … That was exactly what opened my eyes as far as what I had been through and the kind of life I had been living and what (was) the driving force that made me change.”

Eric went back to prison, and there turned out to be some benefits to serving his time. He had “all the time in the world” to reflect and to read the Bible.

“In that 3 ½ years my thinking started to change. Not being around the alcohol, it’s more clear. I knew that I wanted to stay sober.”

But it wasn’t that easy.

When Eric got out, he had two friends, “sweat pants, a sweat shirt, a box full of stuff.” That was it.

He was one of thousands of people whose record makes it extremely difficult to get jobs, homes and a place in mainstream society after they’ve served their sentences. Eric had never been completely homeless and didn’t like the idea of living in a shelter, but without money or connections he had no other options. He came to Spokane in April 2013 from his small hometown of St. Maries. 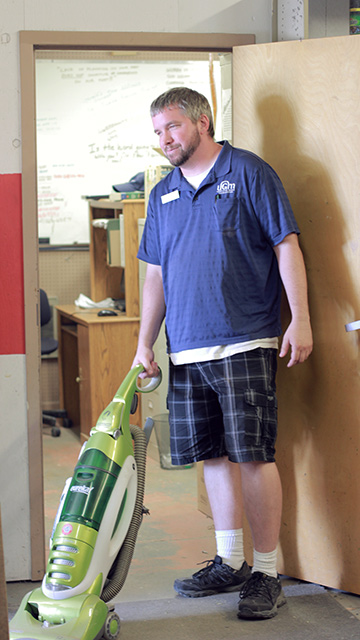 At UGM, Eric got into what’s now called the Employment Ready Program, an opportunity to stay for an extended period and work here to build good references. Since he didn’t want to go back to alcohol, Eric appreciated UGM’s healthy environment: “I didn’t have to worry about people coming in drunk or high, ’cause there’s that accountability not only for yourself but after a while you start holding other people accountable for their actions.”

He also had a chance to regain his dignity. Eric worked in housekeeping at UGM and also in one of the UGM Thrift Stores. Working in the Employment Ready Program, he got credit to shop at the Thrift Stores for better-fitting clothes, a pair of good shoes, his own socks. He started going to a local church to nurture the Christian faith he found in prison.

Because of his good work, Eric landed a paid training opportunity with UGM and started saving up to move into his own place. Through UGM’s Vocational Advancement department he got connected to a business whose owner is a big supporter of UGM. After two interviews Eric got a job that’s allowing him to move out and support himself.

And this time, he’s not completely alone. Now 32, Eric has a bunch of people cheering him on. “Everybody in the Mission has been supporting me 100% and it’s amazing how everybody here is so happy that I have a job and that I’m moving, taking that next step.” 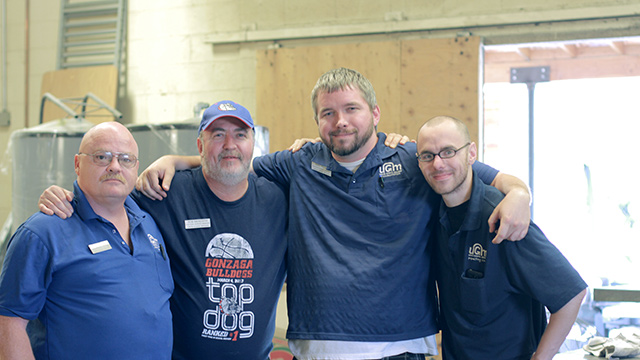 Through the ERP and LIFE Recovery, UGM is giving former prison inmates the chance to make good on resolutions never to go back. By living in a healthy community and gaining work skills and references, guys like Eric can get good jobs and turn to something other than crime or substance abuse to survive.

And he’s eager to give back. “As I’m leaving I have two guys that are interviewing for my position, and I have trained them and watched them grow as men … I get to be kind of a mentor to them because of the job that I’ve done here.”

Eric chose to turn his life in a new direction. Help other men and women make the same decision. Click on the link below to download UGM's free tip sheet on how to help a panhandler.