What the Union Gospel Mission is all about

Sometimes I love my job. Tuesday night was one of those times. Twenty-five men and women took turns standing in front of a crowd of about 600 people at Valley Assembly Church and said, in a whole variety of ways, “I’m different now because you believed in me, because you showed me the love of God, because He got ahold of me and didn’t let go. Thanks. Thank you. Really, I don’t know where I would be if it weren’t for the people who support the Union Gospel Mission.”

There were no dry sermons on Tuesday night. No tracts. No cartoon characters with point-by-point proof texts. This was the living, breathing Story of how God takes broken people and puts them back together.

Many of the words these men and women spoke are words you and I have heard before, but they took on new energy because the people speaking them were open and raw in a way few people ever are. If you were there, you know what I mean. If you weren’t, I wish I could re-produce the whole evening for you - show you the tears, the hugs from the children, play back the laughter. What follows is just a brief sampling of what a few of the graduates had to say, but I hope it gives you a tiny glimpse of the night’s joy. 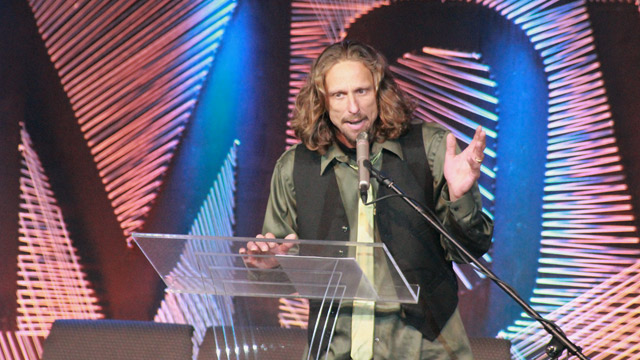 Before the 25, there was Eddie. Eddie, whose shoulder-length, wavy, golden locks belong in a shampoo commercial. Eddie who graduated from this same program five years ago. Eddie who used to be a meth addict and is now a small business owner. Eddie who ROCKS OUT when he plays worship music. Eddie gave the charge to the freshly minted graduates. Among other things, he said: 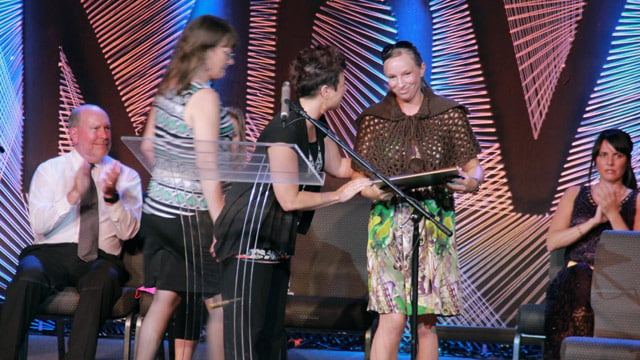 Brittany came to Women’s Recovery at Anna Ogden Hall shortly after giving birth to Brooklyn. “I yearned for a new concept of family.” For over two years, she was surrounded by a family of women who taught her about taking risks, trust, forgiveness and being accountable to others. She started working at UGM Thrift Store. She received a free car from UGM Motors. And last Saturday, Brittany got married to a godly man with two little boys. Tuesday they all celebrated Brittany’s graduation together. It seems safe to say she has a whole new concept of family.

Caroll struggled with alcohol addiction for 25 years. “My Jesus,” she said, “left the 99 sheep, and He came to find me. I’m grateful, and I am confident of this: He who began a good work in me will complete it.”

“After two years of just lying in my bed,” Carlene said, “Jesus has raised me from the dead. It’s not about works or religion; it’s about a personal relationship with Jesus Christ. All you have to do is ask Him into your heart, and He’ll meet you where you are.”

Anjelique has over two years clean and sober. She said, “I always thought I had to be perfect, but with Christ, I am made perfect in Him.”

Christian chose the LIFE Recovery program to fulfill a Department of Corrections’ requirement, but she really didn’t want to be in a “God program.” She’d had enough of that. “I intended to fake it,” she said, staying just long enough to fulfill her probation and get back on her feet. Somewhere along the way, however, she discovered, “God thinks I’m pretty cool.”

Debbie issued a challenge to the audience: “The next time you see someone who looks different, lift them up in prayer and remind yourself – you don’t know their journey.”

Dionne spoke through tears: “He has given me a purpose – to be a living testimony. Today, I am here because he healed my broken heart.”

“I was an angry, selfish alcoholic,” Charity said. “Thank you for saving my life.”

Roxanne turned the focus on her children, Monet and Victoria, and what it means to them to have a new mom.

Amanda said she was an IV meth user and an alcoholic. She went to prison four times. “But those weren’t my bottom,” she said. “I just got used to it, but when I lost my son to CPS, I couldn’t get used to it.” Today, Amanda said, “I’m safe in my own home and in my own skin.” Her son, Charlie, brought her roses and gave her a hug as she finished speaking.

Steve said he used to be “extremely introverted and depressed, a man who thought he had no worth,” but he is no longer that man. “I know life is not all rainbows and unicorns, but I start every morning with thank for another day.” As a baker with Sweetwater Bakery in Post Falls, Steve said, “I make cinnamon rolls, focaccia, icing and sugar cookies, and I enjoy going to work every day.”

Josh said people say to him, “Man, you lost everything,” but he thanks God for restoring his life. “I have my wife and daughter, my family, my brothers, and most of all, I have Jesus Christ.” 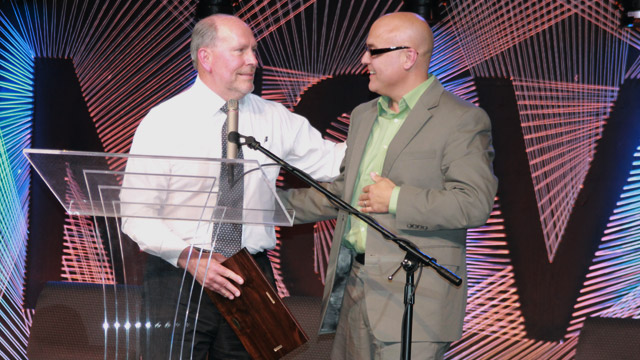 Nic quoted from Isaiah and said, “I decided to step into battle and become the amazing man God created me to be.”

Brent spoke to the men and women still in the midst of the LIFE Recovery program: “I urge you to dig deep, take the lid off the sewer and confront the demon that is destroying your soul.”

Rowdy closed out the program with these words, “If you are breathing, God has a purpose for you.”

These people are my heroes. They aren't hiding behind their achievements. They aren't running from their problems or pretending life is, as Steve said, "all rainbows and unicorns." They are facing life in all its ruggedness and beauty and relying on their Savior Jesus Christ to make sense of it all.