WHEN REVEREND RILEY PALMER WAS PREPARING to plant Adopted Church west of Spokane, he felt the Lord calling him to be a part of local homeless ministry. 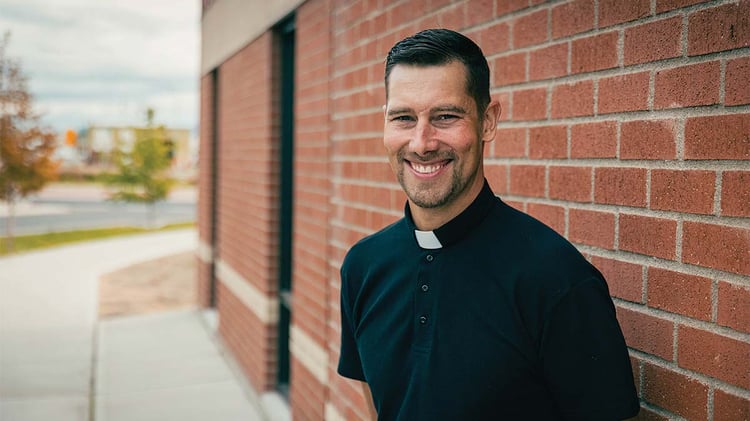 For the reverend, this didn’t mean starting a new soup kitchen or urging his new congregation to provide coats every winter; instead, it meant developing personal relationships with individuals experiencing homelessness. This “aha” moment happened at the UGM Men’s Shelter when he came to explore service opportunities.

“I had a lightbulb moment as I was shuffling through the line to get dinner. There were staff members behind the counter, cooking, and there were volunteers serving the food. All the people who wanted to be serving the homeless were behind the counter, and the rest of us were on the other side. At that moment, I decided that if God was calling me to serve the homeless, it would be by going through the line with them.”

“...if God was calling me to serve the homeless, it would be by going through the line with them.” 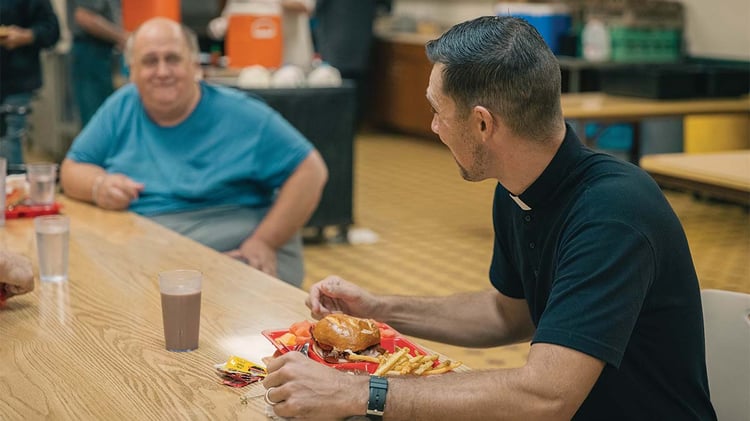 The year before, in 2010, Riley had conducted an experiment: Taking nothing but his guitar and a change of clothes, he had set out on a three day, inner-city “camping trip” in an attempt to identify with those living on the street. “I knew that I was going to be back home in a few days, but laying in the darkness by myself late at night was a deeply isolating experience. I found that access to food was not the problem—Spokane has no lack of good people providing food, and I was glad for that—the problem is loneliness and lack of belonging. The loneliness was crushing.”

Since 2011, Riley has come to the Shelter every eight weeks, walked through the line, sat with strangers, built friendships, and moved into the chapel in the evenings where he opens the Bible and shares the love of Jesus with his friends.

He insists that ministry to the homeless isn’t rocket science; in essence, it is just one simple decision: to be open to building relationships. “Success in ministry is not checking a box off a to-do list. Success is being with the ‘least of these.’ Who knows how the Lord will use a simple meal and friendliness with a hungry and lonely person?”

“‘Master, what are you talking about? When did we ever see you hungry and feed you, thirsty and give you a drink? And when did we ever see you sick or in prison and come to you?’ Then the King will say, ‘I’m telling the solemn truth: Whenever you did one of these things to someone overlooked or ignored, that was me—you did it to me.’” (Matthew 25:37-40) 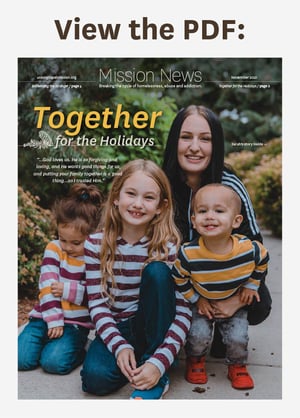 Click here to see all articles for the November 2021 issue.