“In the beginning, I thought I was free,” Rowan said, “and in the beginning, I thought he was going to be everything I ever wanted—he had a Mohawk, all these tattoos. It was kind of like he represented what my idea of freedom was—freedom of expression with his body, freedom of expression with his words…He had kind of an anarchist personality, and I really liked that.

“But over time, the relationship became more and more controlling, and as I lost my freedom, I also felt like I had lost the power to do anything about it. He’s the father of my child, and I was so afraid of being a single mom, and I was so afraid of learning to live life on my own that I just let myself live in denial and think that somehow, we were gonna work out and everything was gonna be okay, but that’s not what God had planned for me.”

Rowan’s words carry such powerful insight. She lost power because she was afraid of living life on her own, of being a single mom. She felt trapped. She saw herself as powerless.

Rowan became addicted to prescription pain pills at 17 after she had minor surgery. Her addiction quickly escalated to meth and heroin, and her abusive boyfriend shared her addiction. They were caught in a web of mutually destructive behavior.

“I wasn’t able to leave the house at all. I wasn’t allowed to have friends. I wasn’t allowed to see my family. I was just stuck in this house with this man. And I didn’t have any identity at all other than I was his girlfriend. And I totally lost myself in that. I had no idea who I was. I had no idea who I wanted to be, and I think for a long time, I was really just waiting to die and for it to be over.”

When her daughter, Sophia, was born, the couple’s toxic relationship grew even more violent. Knowing she needed help and fearing for her daughter’s safety, she sent Sophia to live with her sister and sought treatment but was unsuccessful. Eventually, her boyfriend kicked her out of the house, and she was homeless. Then, in a tragic altercation, he shot her.

That’s when Rowan realized she could die and never see her daughter again – if she didn’t change her life. At that point, Rowan decided to enter LIFE Recovery at the UGM Center for Women & Children. 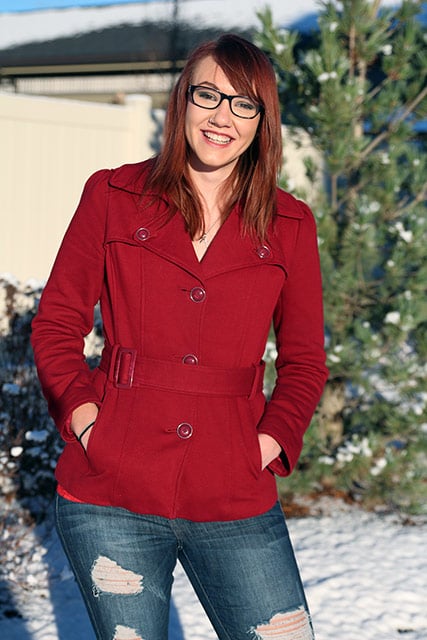 Rowan is now in phase 4 of the program. She is doing her business practicum with Family Support Services and wants to pursue a career as a counselor. Sophia, now three years old, visits her five days a week, and the two of them will be reunited permanently after Rowan graduates.

Most importantly, Rowan has a growing, vital relationship with the Lord. “I’m learning he meets me in every storm…I want to model for my daughter what a woman of integrity is and show her that dependence on God is absolutely necessary.”

“Growing up I thought that freedom was going to be doing whatever I wanted, and that included doing a lot of drugs and being homeless, and I thought that’s what I wanted, but the longer I’ve been on my walk with the Lord, it’s turned into choosing to make the right decision in every situation and knowing that I have that choice and just knowing that I am forgiven.

“Another aspect of freedom is choosing to grow all the time, and as long as I’m making that choice to grow spiritually and grow in my education and as a mother, the possibilities are endless and that’s how I feel. I feel free.”

Rowan is no longer powerless, no longer afraid to do life on her own.

Help empower other women and children in need.