The Good News of the Gospel is not only the fact that Jesus died on the cross for us, but that when we fully accept the Good News, transformation takes place. When I think about this, I am drawn to the verse in Romans 12 that is probably familiar to a lot of us.

“Therefore, I urge you brethren, by the mercies of God, to present your bodies a living and holy sacrifice, acceptable to God which is your spiritual service of worship. And do not be conformed to this world but be transformed by the renewing of your mind, so that you may prove what the will of God is, that which is good and acceptable and perfect.” (Romans 12:1-2) 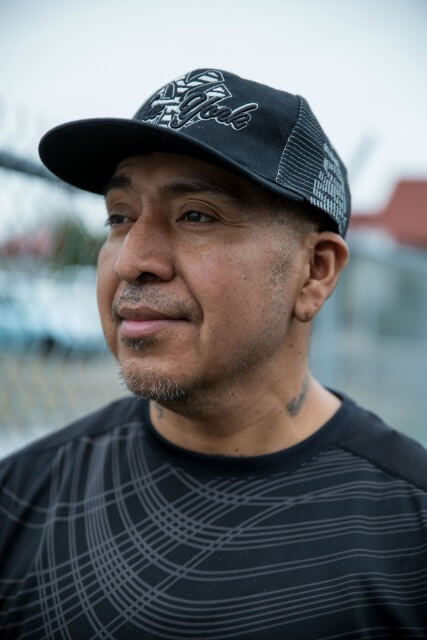 Paul is writing to Christians in the city of Rome both Jew and Gentile, although Jews probably were the minority in this congregation. The idea of a “living sacrifice” would be a new concept, especially to those Jewish people. As far as they knew, sacrifices were killed on the altar because, according to their law, in order to receive the forgiveness of sin, there had to be the shedding of blood. Performing the “act” of the sacrifice was key. Now a letter arrives that talks about “justification by faith” rather than by works. And Paul states that this living sacrifice will be pleasing to God.

Each and every day, I get the opportunity to see our men offering themselves to God as that living sacrifice. When Ephraim came to the mission, he did not know Christ at all. His life had been one of violence and gangs, as he grew up on the streets of Chicago. After battling an alcohol addiction and losing almost everything, he showed up at the east door. After a short time here, he gave his life to Christ. It was after hearing and accepting the Good News that the transformation began to take place. “God rescued me from the pit of hell and he formed himself into a human person and he died for me. If I could return the favor, I would. So now, I sacrifice all of myself for Him,” says Ephraim when asked the question how have you offered yourself as a living sacrifice to God? Now when he talks about his life, instead of the despair and chaos, there is hope and peace.

Kevin came to the program after spending the past few years of his life getting high. He was able to hold down jobs for pretty long periods of time, but always found them unfulfilling. He had grown up believing that he was never good enough, and that when he would succeed, something would always happen to “pull the rug out from under him.” After being homeless and then living with family for a bit, he came here to UGM to check out the program.  As Kevin has begun to work through some of the issues that kept him in addiction and aimless, he has discovered that it is possible to think differently about life. When asked the question, how do you see your mind being renewed and how does that help with transformation as you see it? this is what Kevin wrote: “My perspective of how God sees me and my desire to perform for Him are changing. I used to think God was not pleased with me if I wasn’t performing to His standards. Really, they were only what I thought his standards are, but the more I understand what his real desires are for me, the more freedom I experience from the whole performance trap.”

As both Kevin’s and Ephraim’s minds are transformed, as God reveals to them a new way to think and a new way to do life, they are beginning to see what God’s will is for them. Ephraim, who up until a few months ago never even considered what God’s will may have been for him, now wants to know and understand God’s will. When asked the question what do you see as God’s will for you as you move forward? Ephraim wrote, “His will is for me to serve Him and not to look back. For me to serve him and acknowledge him at all times, so I can continue to have this peace and joy in my heart.” Kevin, on the other hand, has long had a desire to know God’s will. He even served as a volunteer in a youth ministry before his addiction caused him to have to give that up. For Kevin, it is almost a rediscovering of God’s will in his life. When asked the same question, Kevin responded, “He wants me to grow in character and closer to him in relationship. He wants me to be free from the lies that keep me from moving forward.”

These are two men, who came from quite different backgrounds, but who are being transformed by the power of the Gospel.  And the best for me is I get to see it firsthand. Thank you, God.

Mike Sholtz has been a counselor in the Men’s Recovery program since December of 2012. Prior to working at UGM Mike was in youth ministry for over 20 years. Mike was born in Canada but has been in Washington State since 1994. Mike is blessed to have a beautiful wife and three gorgeous daughters, two of whom are in college. Mike’s third daughter will graduate high school in June of 2016. Mike is an avid sports fan, but hockey is his favorite as he stays true to his Canadian roots.

To read more stories of hope and transformation, sign up to receive UGM's bimonthly newsletter.