Tod Randall is a logistics guy. He’s all about moving information or product from point A to point B in a systematic, organized way – all while conserving resources and keeping meticulous records– a perfect match as the warehouse manager for Union Gospel Mission where he oversees the constant receipt and dispersal of food donations (an estimated $2 million per year). 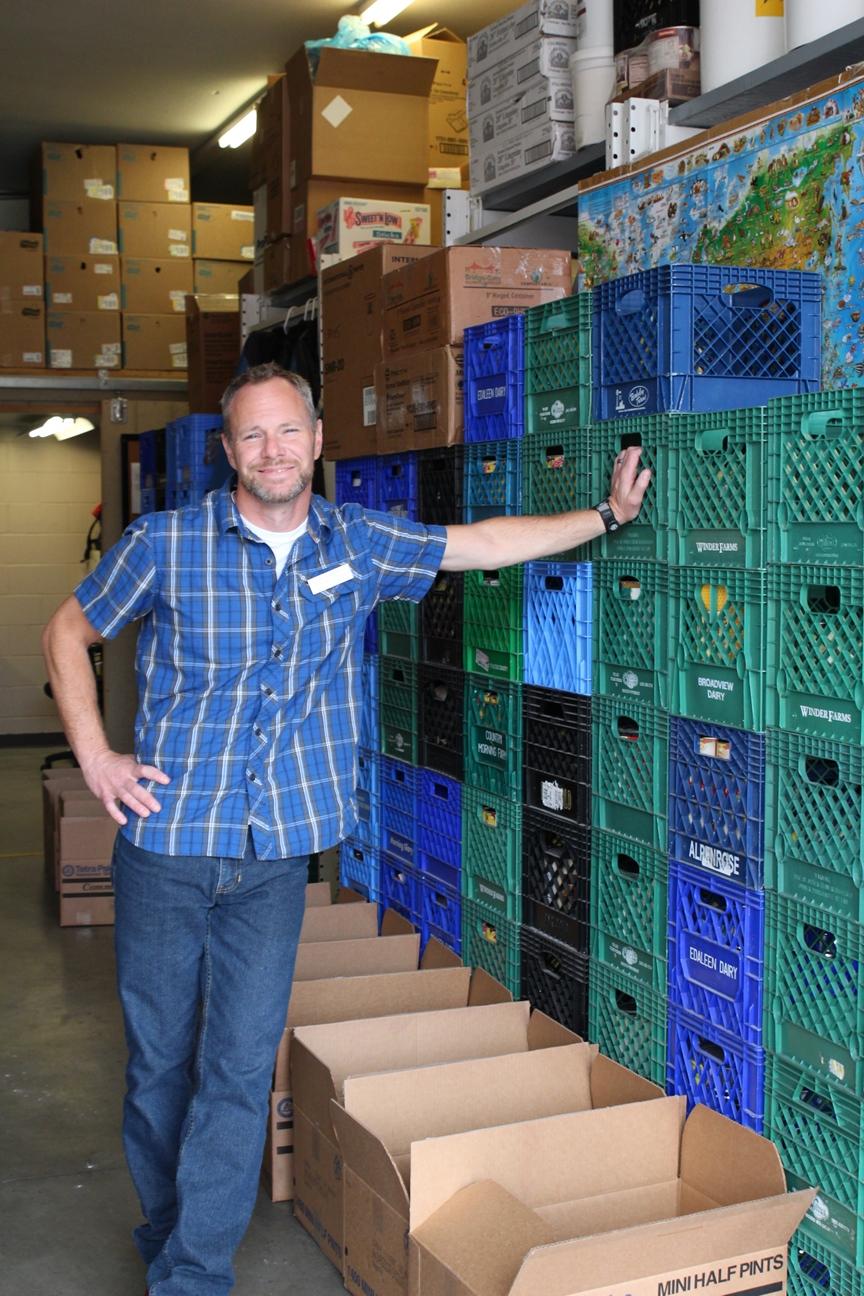 The thing is, Tod didn’t come to UGM as an employee. He came as a guest. His dad dropped him off after Tod got out of detox.

“I think I tried to break into his house. I don’t remember any of this…I ended up living with my sister for a while. She kicked me out. I lived with my dad, stole stuff from the people I loved, the people who did nothing but support me…things that even now, just thinking about it and talking about it, I still cannot imagine that I did, but I did.

“Finally, it came to the point that my father, God bless him, just said, ‘Enough. What are you doing? You’re not my son right now. I don’t even know you.’ And he brought me here. That was just before Christmas 2012.

“It was, of course, shocking. Absolutely shocking to me.”

Tod had been, by almost every definition, a success. He was married with children, a hard worker, owned a house and cars.

“I hate to use the term ‘functional alcoholic,’ but you know, I was going to work, caring for my kids. I was never abusive or mean. I didn’t come home drunk and screaming, none of that. I just checked out. I stopped going to soccer games and conferences…Bath time that had been my thing every single night that I did with my kids, I just stopped.”

Tod’s marriage ended. He lost his house. One of his cars was repossessed. He stopped going to work, and he ended up at the UGM Men’s Shelter.

As soon as he arrived, he started getting his act together. “When I’m sober, I’m a very functional person. Immediately, I got my job back.” By July, he had moved out.

And then, he relapsed again. “In a bad, bad way. I just took off and disappeared.”

How Low Can You Go

When his family found him, Tod was sleeping under the bridge just up the street from the UGM Men’s Shelter. “I was about as low as you could be.”

He checked back in to the Mission. Asked what was different this time, Tod said, “I started praying again, and I just, I handed it all to him. I was done. I thought for sure my ex-wife would not let me see my kids anymore. I also thought for certain that my family was absolutely done with me…So I gave it all to him. I said, ‘I’m done doing this my way. I can’t; it’s not working.’ And from there on out, for the next several months, what I did most often was pray and listen.”

Tod especially enjoys Thursday night chapel – testimony night. He learns by listening to others, and he immersed himself in community.

“It was all me before. It was all me, me, me. I felt like I was in control of everything, and I am not.

“I felt like if anything was wrong or anything was right, it had something to do with me. I could fix it or I was the one that was making it right. I’m not. I can’t fix everything. I can’t do anything unless God, unless he allows me to do it. And without praying and asking for guidance on a daily, sometimes hourly basis, I would not be anywhere.

“I have my kids and I have my family."

Work Ethic Was Not the Problem

Work has never been a problem for Tod. “Laziness did not put me here. I am not lazy. That’s one thing I can say for certain. I am a very hard worker. And logistics, for me, is something that kind of comes naturally.”

UGM Food Services Director Russell MacKenzie recognized Tod’s work ethic and organizational skills right from the beginning and moved him from the dish pit to the coolers. Eventually, the warehouse position opened and Tod stepped into it on a temporary basis – all the while continuing to live at the Mission, surrounded by community.

Today, he’s thriving, and the warehouse is operating smoothly under his leadership.

Tod said he considers it a privilege to work alongside fellow Mission residents. “First of all, I’m no different than any of them. None.  I’m made exactly the same. We all have our own skill set. Everybody here has something they can add. Everybody does. The thing is, a lot of these guys, just like me when I first got here, they don’t know what that is. They have no idea. So, if I do anything well or different, it’s that I get out of the way enough to kind of see what that is.

“I generally do a fairly decent job of picking out strengths in people…Then telling them so they know. So many of them don’t know…These guys just need a win.”

Tod – like Derek Mobley, UGM kitchen supervisor – is a role model, a friend, a listening ear. He can relate to what the men living here have been through and knows firsthand the transformation he can bring about.

Addiction - as in Tod's case - isn't always readily apparent. Learn to spot the early signs by downloading the short video below.