Does Poverty Cause Homelessness?

Editor's note: In addition to being a wife, mother of eight children, a staff member with Cru, and a graduate student, Marchauna Rodgers is a longtime friend of UGM. Over the years, she and her children have been regular meal servers and Thrift Store shoppers. She once said that if any of her children were ever homeless, she would want them to be treated the way UGM treats its guests. We're excited to welcome her to the UGM blog.

First of all, I’m a new voice in this conversation. Though my relationship with UGM is long-standing, it’s honestly been from a position of ignorance in many ways. It wasn’t until beginning a Master of Arts program in Development and Justice that pieces began to fall into place. My emphasis with the program is international development, including a focus on definitions and causes of poverty. 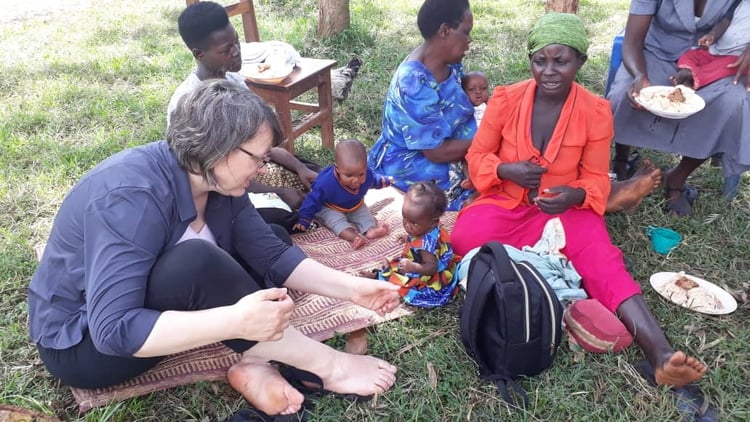 How do we define poverty?

With that introduction, let me dig into the main point. Although many who read this will probably agree that poverty is not the cause of homelessness, the prevailing perspective on poverty definitely factors into the conversation. Especially significant are examples from Seattle, where according to an article in the National Review, the spending on homelessness increased 60% between 2014 and 2018 with no significant improvement in the problem. The failed employee head tax which the article condemned was focused on redistributing income from some of the wealthiest companies (seen as the cause of the escalating housing crisis) to those experiencing the highest consequence for that inequity.

While this is very far afield and will require a longer conversation than this article can afford, socialism is, at its core, an attempt to solve the problem of poverty, based on the assumption that poverty is the absence of material resources. I’m going to argue that the generally accepted definition of poverty, as understood in both a US and an international context, is essentially a lack of material resources or assets. But is that an accurate definition?

In the US, you qualify for social programs based solely on how much money you do or do not make and how many assets you do or do not have. That reality influences opinions. Understanding it is essential. Regardless of what you or I may think about the definition of poverty, the assumptions of the general population are key to effectively moving this conversation forward.

If you disagree with me, do an informal poll of friends, relatives, and coworkers, simply asking them to define poverty. To take it one step further, answer the question of yourself. You may be surprised at the results. 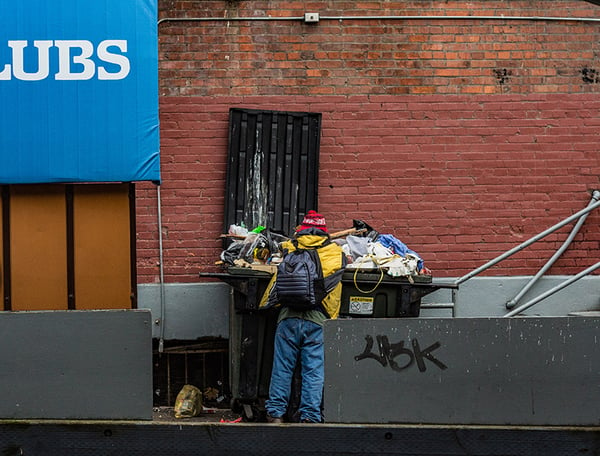 When you look at the efforts in so many major metropolitan areas, including Seattle and Denver, you can see an assumption that poverty is a driving force behind homelessness (I don’t believe that) and that the biggest problem is the absence of material assets (I don’t believe that either).

To come at this problem from a different direction, consider this article about the impact of the trade war with China. The connection between the two is how the US government typically responds to crises in the agricultural sector; subsidies. Reading the article, one of the statements that jumped off the page for me was how farmers don’t want handouts. They want to be able to sell their products and earn a living! Different population, different root problem, similar ineffective attempt at a solution.

What’s my point? Until we recognize that many people connect homelessness with poverty, and how most people define poverty, it will be difficult to come to a consensus on how to address the issue. The key to any effective solution is correctly identifying the problem. That requires a common understanding of issues, assumptions, and accurate definitions.

With that perspective in mind, although I essentially agree with what is shared in the National Review article theoretically, I disagree that Seattle (or Spokane) politicians aren’t trying to solve the issue. The problem is they are trying to solve the wrong issue.

If the problem is simply that those experiencing homelessness don’t have a home, then providing them with one is a very logical solution. The reality is, though, as UGM so beautifully demonstrates with countless stories and testimonies, the problem for those experiencing homelessness isn’t simply the absence of a safe and appropriate place to sleep. The problem is much deeper and much more complex.

Let me illustrate with personal stories of my own, not about homelessness, but about health care.

Last spring, my mother started having serious problems with blood clots in her arms. It was a strange problem, and it didn’t respond appropriately to the normal solution. Blood thinners were not making the clots go away. In fact, more clots were appearing. Rather than investigate further, the primary care physician simply tried different blood thinners. 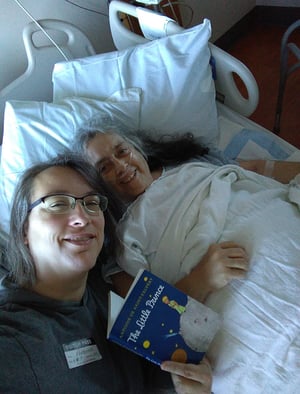 Ultimately, my mother ended up in the ER with severe abdominal pain from what she thought was an ulcer. It was pancreatic cancer. She was dead two months later. No amount of blood thinner was going to fix my mom’s cancer, and the cancer was causing the clots.

Compare that with my daughter’s health journey, at almost the exact same time. A routine eye exam, scheduled due to difficulty reading, revealed something called papilledema, or swelling of the optic nerves. The optometrist who identified the papilledema strongly encouraged us to see our family doctor, who referred us to a pediatric ophthalmologist, who confirmed the papilledema. Instead of simply prescribing a drug that reduces swelling of the optic nerve, he ordered an MRI. The MRI revealed a brain tumor the size of a golf ball!

Simply treating the symptoms would have eventually resulted in irreversible damage to my daughter’s brain and could have cost her her life. Instead, the cause of the swelling was identified, the tumor was removed, and my daughter is doing amazingly well.

Stay tuned for part 2 and a more accurate diagnosis of the problems contributing to homelessness.

Toward Better Relief and Development
Is Housing the Answer to Homelessness?
The Real Poverty of Relationships
Does God Hate the Rich?