Relapse as Part of Recovery

Falling Down and Getting Back Up

By Darlene Willis, recovery resident at the UGM Center for Women & Children 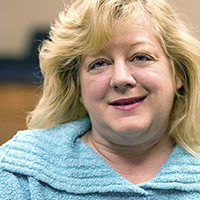 Worthless. Disappointing. Repugnant. Unwanted. Ultimately a failure. These thoughts and feelings assailed me as I sat alone in my motel room directly across the street from the place I had called home for the past year, the UGM Center for Women and Children in Coeur d'Alene. My belongings were thrown together in a large black garbage bag. I had chosen to leave UGM and this is where I found myself.

The day started out badly. Residents and staff from the Center were camping at Union Gospel Mission Camp near Ford, Washington. I was late getting up, missed breakfast and community meeting, and cost my cabin a lead in the week's pirate contest. After disappointing my cabin mates, I tried to redeem myself in the “Treasure Hiking” activity but couldn't locate a single hidden rock. 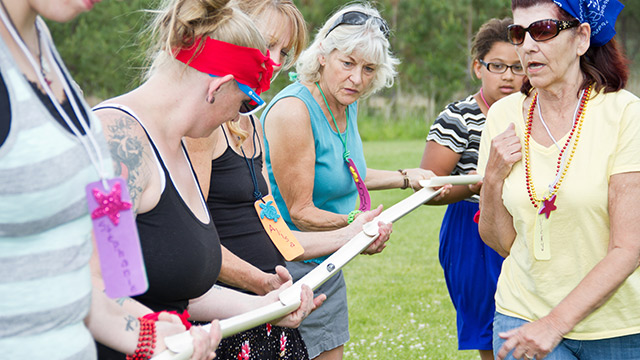 Still, I participated in the games and gave it my all. Tennis (3 hours’ worth) with a resident rounded out my afternoon. (I was thrilled to survive without the need for medical attention.) Dinner was served and my fellow residents and I provided the entertainment by showing our team spirit through songs. So how did I end up at the motel?

Listening to My Demons

I placed myself above the rules. I made the decision to smoke a cigarette outside on the deck of our cabin. A clear violation. I knew the rule: No smoking outside of the designated area. And yet I justifed breaking it with the excuse, Everyone else has done it. Plus, what are they going to do to me? I did not consider the magnitude of the potential fire danger and all the people I put in jeopardy. I did not care about anything but my immediate want. Thus, by selfishly allowing the demon of entitlement to re-enter my life and replace God, I made the decision to leave the community.

All the months I had dedicated to my sobriety and redeeming my character were gone with that cigarette. I had forgotten who had made the path clear for me to join the program at the Center and whose strength was holding me together daily. I had stopped thanking God for the good in my life and had begun dwelling on the negative.

My focus had been turning to what I did not have and who was no longer part of my life. Every time I was confronted with a disappointment, I relinquished a part of my soul to the enemy. Punctuating every adverse situation with the thought, “I am getting what I deserve,” or “God doesn't really care about me,” I was setting myself up for relapse.

My Own Personal Rock Bottom

And so, I ended up back where I had lived prior to being accepted into the Center's program - a lonely motel, my own personal rock bottom. It was late at night, and I was terrified. I fell into old patterns of thinking and convinced myself that God was telling me to give up the fight. I looked at my box of diabetic medication, just filled the previous day, and thought, It’s another sign. I went across the street, and along with legal pads and pens, I purchased a box of wine. In the quiet of my room, I began yelling at God, “Why did you allow me to live when all I can do is fail? I was so close when I tried to take my life last time….What purpose can I possibly serve? My family and friends will be better off if I am dead. No more worry. No more disappointments.”

I began to write out my thoughts and feelings, systematically drinking and shoving in my medication with every swallow. I took a full month’s supply. Combined with the wine, I figured my body did not have a chance. The note I wrote was a confession - a confession of my weakness. I wrote that I did not see God or hear him in my life. I could feel nothing but loneliness and desperation. I wanted to escape the never-ending depression of my life.

The next morning I awoke and was violently ill. I don’t remember how I got downstairs, but I remember sitting outside and falling over into the parking lot. A woman asked me if I was okay. Somehow I made it back to my room and fell back asleep. My dreams were dark, with me always fighting to fix something or save someone. I woke again exhausted and more alone than I ever felt.

I had made a mountain out of a molehill. All I had to do was wait until the group returned and face my punishment. I just had to be alone for two days and keep myself from relapsing, but I listened to the enemy and turned this setback into the ultimate humiliation: I had failed, nobody really cared about me. They had been looking for a reason to get rid of me. I used this as an excuse to go back to my old behavior. Nothing mattered anymore, especially me. I had lost the battle.

My phone rang. It was a staff member from the Center. My accountability meeting - required for re-entry into the program - was to be in 2 days. She assumed I was well and had not relapsed. I told her the truth. I told her I drank and took most of my medication. I told her I had not called my probation officer to relay that I was temporarily out of the program. Her disappointment was obvious - even over the phone. I was in real trouble, and I worried about the impact of my actions on my future. I was facing jail time.

Earlier, when I had given my life to God, I thought that I was done. Nothing more was required of me. Nothing could be further from the truth. I had to repent. I had to acknowledge that I was not in control. Yes, I have freedom, but I needed to use that freedom to behave in a manner that glorified God.

From that low point, I thought and prayed, imploring God to show me that I mattered and had a purpose.

I thought about how Christ died on the cross for my sins. I realized that my significance is not based on what I have done or not done, but on what he has done. < Tweet this. 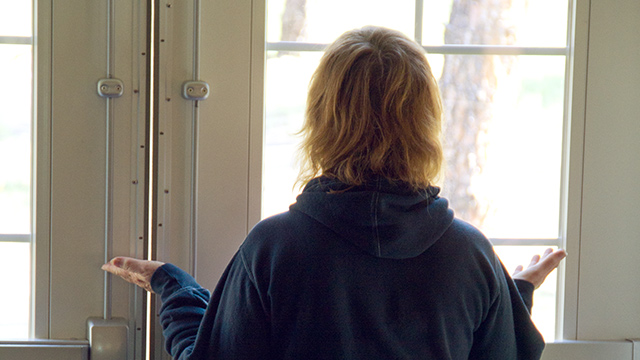 I turned my thoughts toward my accomplishments at UGM. I thought about my daughters and the way they have been reintroduced into my life. I began to realize that since I had entered the Center, I had made a difference. I had encouraged others to succeed through my writing and in class discussions. I had friends who loved me and felt I was part of their family. I felt my resolve coming back, and I made a commitment to God that I would be his warrior. I renounced Satan in that moment and felt the darkness leave the room.

The days that followed, two weeks to be exact, were challenging. My friends brought me my Bible, and I began reading Psalms and Proverbs throughout the day. A relative of a staff member at UGM was at the same motel, and he prayed and talked me thru my tumultuous days. I never drank again after that night. The leftover wine I gave to the front office at the motel and told them I was an alcoholic and that I could not have it. I told my family that I had relapsed. They responded with disappointment, but still believed in me and gave me yet another chance. 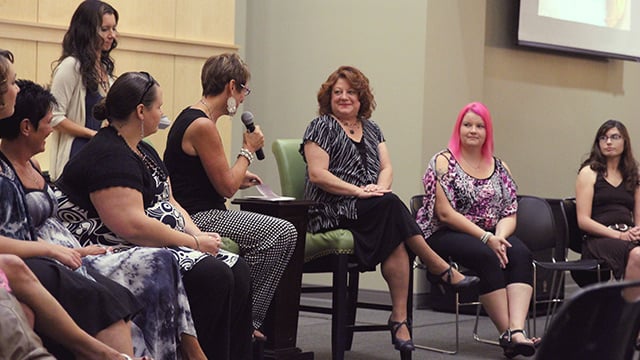 I am now back in the program at the Center. I was required to have an accountability meeting with staff and residents to determine if this program was the right choice for my life. Happily, I have come back stronger and more determined than ever. I am proud that I believe in God and the Trinity. I am constantly aware that Satan still attempts to influence me, but I know that God is stronger, thus I am no longer a victim. I am not sure of what plan God has for me, but I know that when the time is right, He will show me. It’s because of God that I am here. Through his grace, I am forgiven, and I do matter. 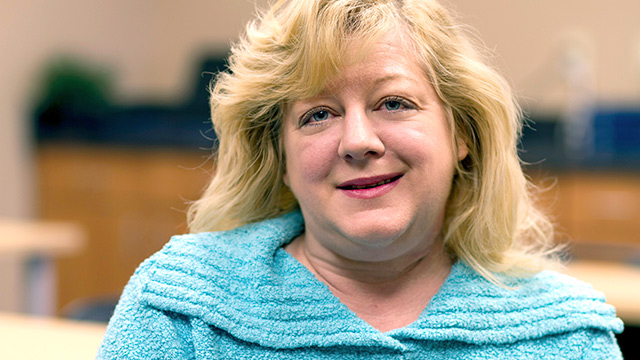