“I took the path that would get me to her as soon as possible.” - Brianna, UGM Women's Recovery

This season is one that turns our thoughts toward family and home—the traditions, the people we miss, the stories of our faith, the joy of children. Women going through Recovery with their children at UGM carry a unique set of challenges. Not only do they learn to overcome addiction, trauma, and relationship patterns, but they must learn to nurture and guide their children on a pathway to a better life. 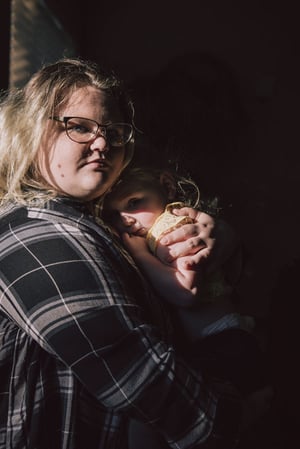 Brianna entered adulthood without a sense of purpose or direction. She came to UGM from jail at just 21 years old. She’d been arrested twice for drug possession and had already lost her one-year-old daughter Daisy to Child Protective Services.

The trouble in her life had only started three years prior. “I guess I was bored” she says. “The whole breaking the law, doing drugs, it’s all pretty new to me. I started smoking cigarettes when I was 18, and then I started smoking weed, I tried coke, and then meth, and then I just got hooked. Over one and a half years, it escalated. I wanted some type of excitement in my life. Doing risky things brought me that excitement.”

By 19, she was married to an addict, pregnant, and trying to change. “We agreed we would stop doing drugs together for the baby because we wanted her to come out healthy and in a safe environment. We agreed we were going to quit, and for a while, we did.” Unfortunately, she discovered her husband was doing drugs behind her back. She relapsed, too. Scared and ashamed, Brianna started to admit she didn’t have control over her addiction. 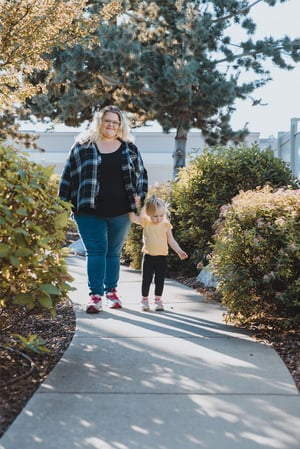 Before her life got better, it took a few more hard turns. She and her husband got caught with drug paraphernalia in their car shortly after Daisy was born. Brianna served a weekend in jail while her husband was kept longer due to prior convictions. The baby stayed with family. The next time they relapsed, the two fled to Portland where they quickly ran out of money and started living in their car. The next time they were caught, Daisy was placed in the custody of CPS.

Brianna spent two months in jail this time. She says she didn’t think she was ready for a complete life change, but she desperately wanted her daughter back. There was a woman in jail with her who mentioned UGM. “She told me what I needed to know. I think the Holy Spirit was working through her. She told me about this program and said it was two years long ‘but your kid can live there with you.’” That was all the motivation Brianna needed. “I talked to my public defender, and I was furloughed long enough to come in for an orientation.”

Brianna entered UGM Women's Recovery at the Center for Women and Children knowing next to nothing about the program, but at every turn, she chose to do the hard work to start turning her life around. Visitations with Daisy started almost immediately, and soon, the little one was allowed to live with her full time. She entered parenting classes in addition to taking on a full schedule of addiction recovery classes, life skills training, and intensive counseling. She learned financial planning, kitchen basics, and got her first steady job in years. “I had never been an adult on my own before. I didn’t know how to take care of myself.”

“I had never been an adult

on my own before. I didn’t know

how to take care of myself.”

The most profound change that occurred was Brianna’s acceptance of God’s unconditional love. She started building a relationship with Jesus that fulfilled her in a way she’d never known was possible. “I know too much to go back,” she says today. “I know there’s so much more to life than doing drugs and running from the cops—God. It’s not boring now because I have Him. 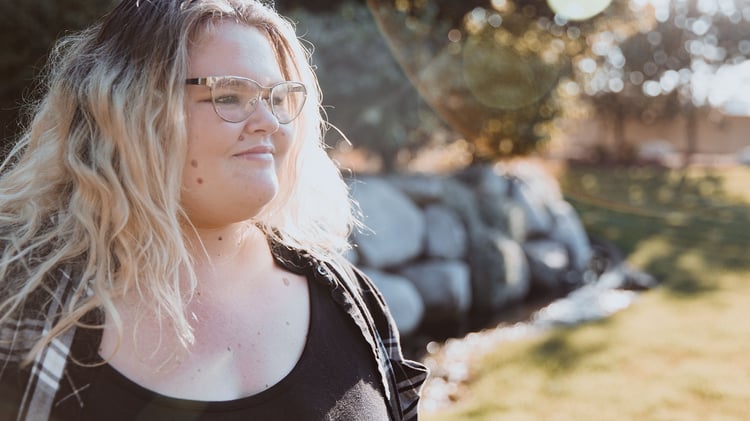 Today, Brianna’s goals are to follow the Lord with all her heart and to be the mom Daisy has always needed. “I’m so glad I’m in this program right now because she’s so young and I’m so young, and I have her whole life and my whole life to be the best that I can.”

Brianna never set out to abandon her child, but when her choices led her away from Daisy, God put people in her life to bring her back. The community that supports UGM services through volunteering, fundraising, and sharing UGM’s message of hope provides opportunities for families to reunite and build a new home together. Daisy and her mom have each other this holiday season because people like you said “yes” when Brianna cried out for help.

This article was published in our November 2022 Mission News. 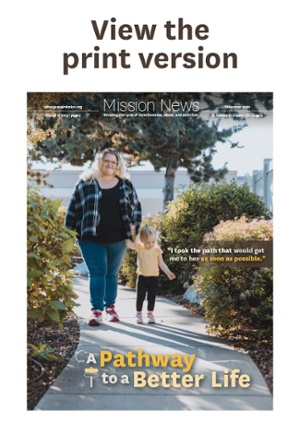