It's impossible to talk about homelessness without mentioning sin.

By Rich Schaus, Director of the UGM Crisis Shelter for Women & Children 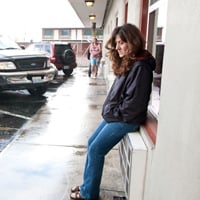 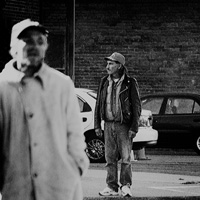 While it has never been popular to say so, as we look at the increasing number of homeless women and children, we must acknowledge that sin is at the root of the crisis.

“Woe to those who call evil good and good evil, who put darkness for light and light for darkness, who put bitter for sweet and sweet for bitter” – Isaiah 5:20. 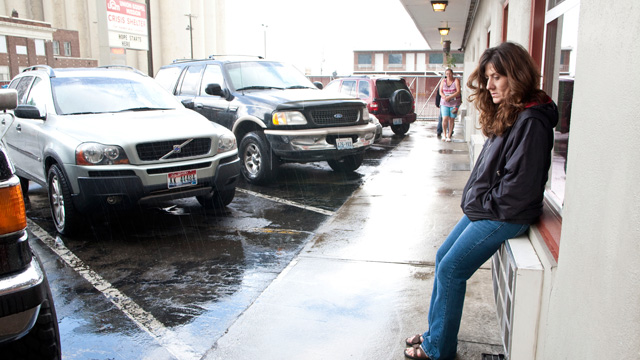 Here’s a troubling fact: Programs and plans created to help people in poverty must also include strategies to identify and deal with potential abuse. People will steal, lie and cheat the system, and creating methods to prevent that often costs as much as the actual help.

Instead of developing strategies to teach morality, we keep trying to catch people in the act so we can simultaneously lecture them and keep giving them what we think they need. While lip service to accountability is fairly common, in reality, it is very difficult to hold immoral people accountable for their choices. 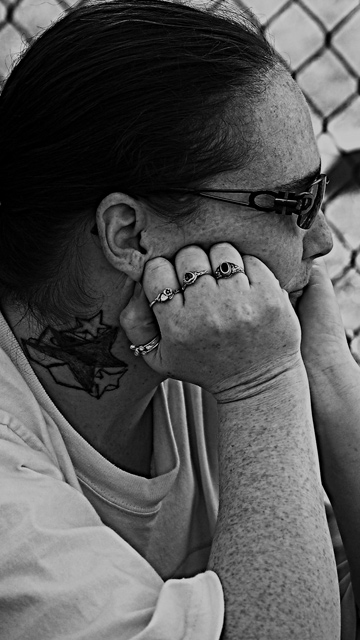 Granted, in the midst of suffering, it feels unkind to discuss the whole concept of sin. Compassion dictates that we offer love first, but true compassion will also include a conversation about reaping and sowing. Jesus says to the woman caught in adultery, “Neither do I condemn you. Now go and sin no more.” (John 8:11) First, he shows compassion. Next, he requires a change of behavior.

Galatians 6:7: “Do not be deceived: God cannot be mocked. A man reaps what he sows.”

If we sin, there are natural consequences that go with that sin.  Jesus spoke similar words in John 5 to the man healed by the pool of Bethesda.  He actually said more there: “Stop sinning or something worse may happen.”

We live in a society that believes so strongly in tolerance and cheap grace* that we forget sin has consequences. Though she was forgiven by Christ, the woman caught in adultery undoubtedly had other difficulties to face – marital trouble? pregnancy outside of marriage? sexually-transmitted disease? There are countless possibilities for what “worse” could be.  Bottom line – if the woman caught in adultery or the man healed by the pool continued to live lives of sin and failed to follow Christ – they would be separated from him forever.

We live in a society that believes so strongly in tolerance and cheap grace that we forget sin has consequences. < Tweet this.

As we work with the poor, we shouldn’t shy away from the topic of sin. Contrary to popular belief, that isn’t the kind or nice thing to do.

God’s grace is powerful enough to redeem them.

Both sides of the message are critical if we are to face the current crisis.

The message of grace is that you and I and the people we serve sin every single day, but if we confess our sin, he is faithful and just. < Tweet this.

*We use the phrase “cheap grace” because what the world treasures isn’t true grace. True grace is rooted in the gospel. We are forgiven and made new because of the death and resurrection of Jesus Christ, and when we recognize the price he paid, our sin grieves us. 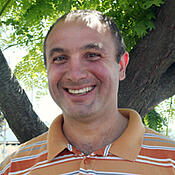 Author's Note: This was a hard blog to write. The first draft was painful, and working toward something publishable was difficult. It was a struggle because I love these men and women, and talking about sin almost always comes across as judgmental. However, it is with deep love that we call attention to the sin that causes men and women to struggle in life. Before I was in Christ I had no real issue with other people's choices. "Live and let live" seemed like an appropriate motto, but I was blind to the devastation sin was causing in people's lives. Today, my heart breaks over the fallout of those same choices. It is sin that angers me, not the women who come through our doors. Sin is destroying whole families, and the fact that the very people caught in it are often blind to what's happening - that really devastates my heart. - Rich

More posts on the Crisis Shelter:

Easter Series: What Does Sin Have to do with Homelessness?
Easter Series: Sin Ruins Everything
Walking Away From Shame
2020 Vision: Bear One Another’s Burdens