The High Price of Freedom

“It’s kind of an oxymoron, the word freedom, because it comes with a high price.” –Chris, Marine veteran

Freedom means many things to many people. We recently asked a few of the veterans staying at the Mission to talk about what freedom means to them.

Chris dedicated six years to the Marines serving in Iraq and Bosnia Herzegovina. His time overseas shaped his view of freedom. 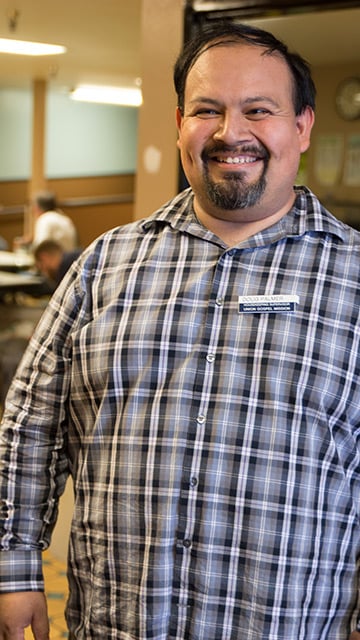 “I really didn’t understand freedom until I got over there. It comes with experience, I guess. You had to experience not knowing what freedom is—[for example,] the genocide in Bosnia Herzegovina. Going over there, fighting for freedom, you come back and you say, “Okay, well, this is worth it.”

Ironically, Chris also expressed, “I felt free the whole time I was there because I had my buddies backing me up, and I backed them up too. We knew what we were fighting for and we did it with all our heart."

“I was adopted from El Salvador which was in war for freedom from the government at the time. When they announced that El Salvador was free, that they had won the war, that’s when I really felt free.”

Freedom is never free—not really. Chris, Doug, Branden, and thousands of other men and women have counted its cost.

“Freedom isn’t free, it does have its price, and maybe there’s someone you know that is serving for that price,” Doug said.

Branden agreed, “The sacrifice that’s required for freedom is very high. A lot of people don’t realize how big the sacrifice is. Right now, somebody is fighting somewhere and it’s for that wonderful freedom that we love.”

With that in mind, please remember the military veterans and current service members who fight to protect our freedom throughout the year.

To stay up to date with what's going on around the Mission and learn more about the men and women staying at our shelters, sign up for our newsletter!

Feelings, Faith, and Freedom
Lose the Label: Victim
Honoring Those Who Have Fought for Freedom
Q & A: UGM Staff Veterans