It’s a Together Thing

John and Vonnie Tucker have a 61-year legacy of working together to build a strong marriage centered on following God’s call to love their neighbors well. In 1997, they settled in Spokane and learned about what God was doing at Union Gospel Mission.

“We fell in love with the results of what UGM was accomplishing. It was such a blessing to read the newsletters and the different testimonies of the people as they were being helped. We loved that and we wanted to support it forever.”

The Tuckers have stayed faithful to that intent. Over the past 23 years, no matter where they’ve lived, they have stayed connected to UGM. They’ve given over 236 gifts, providing meals at every holiday and providing a week of camp to an at-risk child every summer. Vonnie says, “I have the attitude that if we’re going to eat at Thanksgiving, you guys are going to eat. Easter, if we’re going to eat, you eat.” In addition to their financial support, Vonnie has been making quilts for the Mission since 1998. Today, each new quilt she provides goes to one of our new LIFE Recovery alumni when he or she moves out. 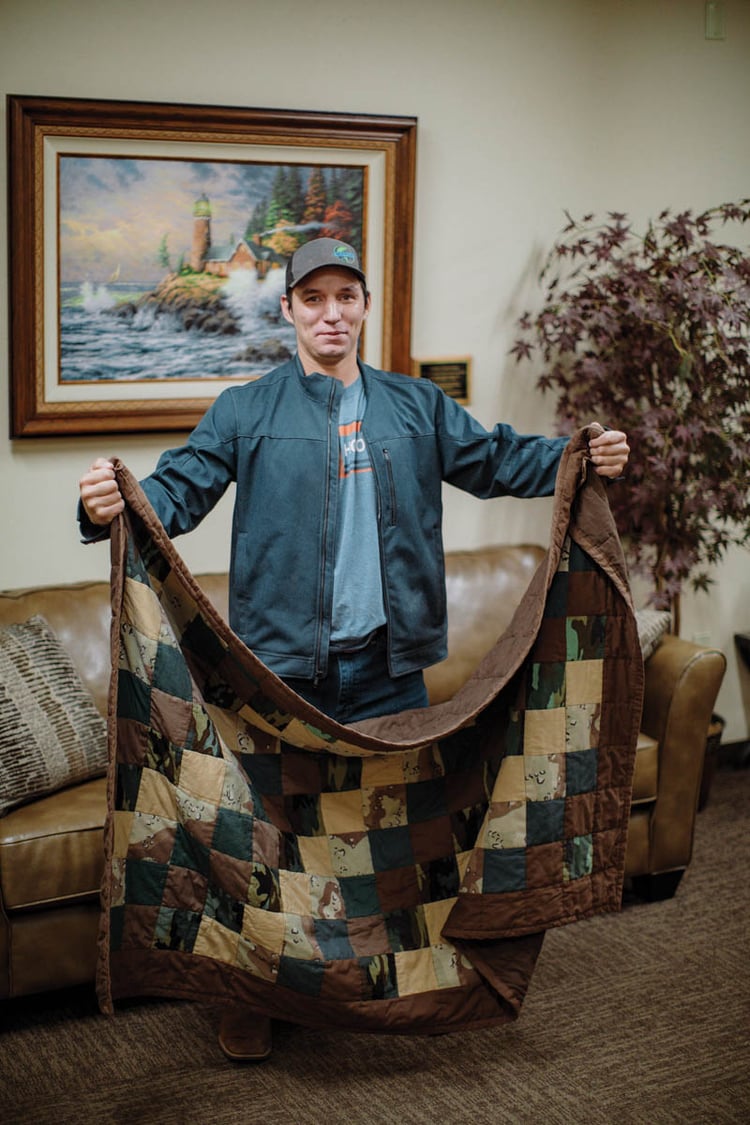 Eric Blackman (pictured) was the most recent recipient. “I’m in awe at how they were willing to take the step forward and do this. Not everybody actually cares for people going through these struggles and doing small things like this is what spurs people on to continue the journey. Thank you.”

About their enduring support, John says simply, “God has His hand in it. We learned a long time ago that if His hand is on something you’re doing, you better do it. We have bounced around this country quite a bit, but it doesn’t matter where we’re at, UGM Spokane is number one. And that’s just because God has given us that enthusiasm.”

“It’s a together thing," says Vonnie. “If we weren’t doing it together, it would never work.”

As a prime example of their unity, John and Vonnie recently agreed to include UGM in their will. John had the idea to divide their estate four ways: a quarter for each of their three children, and a quarter for Union Gospel Mission. He said, “I brought it up with Vonnie and she didn’t even take one breath before saying, ‘Yes, I’m on board with that.’”

Together, John and Vonnie are making a difference in the lives of men, women and children today and in the future. 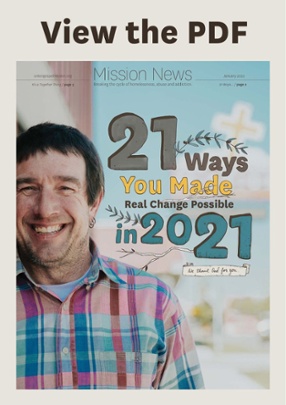 Click here to see all articles for the January 2022 issue.