The Gift of Song: how a UGM chapel provider offers more than a church service

“We tell people we’re not here to perform; we’re here to worship,” says His Song president Joel DeVries. His Song is a men’s gospel singing group that was established in 1997 with the simple goal of blessing the community. The group of 12 singers got their start by singing at retirement communities and private events, but in early 2000, they decided to share their gift of song at the UGM Men’s Shelter. That was 22 years ago, and they haven’t stopped yet.

Today, His Song shows up at the Mission every first Wednesday of every month. They lead through testimonies, a full half hour of singing in which residents are encouraged to join in, and a time of open prayer.

“It’s been a really mutually beneficial relationship,” says Joel, speaking of the residents. “We are blessed by them. They’re willing to say they’ve been at the bottom and they’re working their way back up. They will share things about having not been with their kids for two or three years, or a mom sick with cancer, or a wife they haven’t seen.” Joel says that over the years, many men have come back to them and reminded them of a time they prayed together. “And it’s, ‘This issue is resolved’ or ‘I experienced healing.’ We get to be witnesses to answered prayer. And they pray for us, too.” Joel tells stories of countless times when residents have asked how they can join members of His Song is prayer over their lives as well. 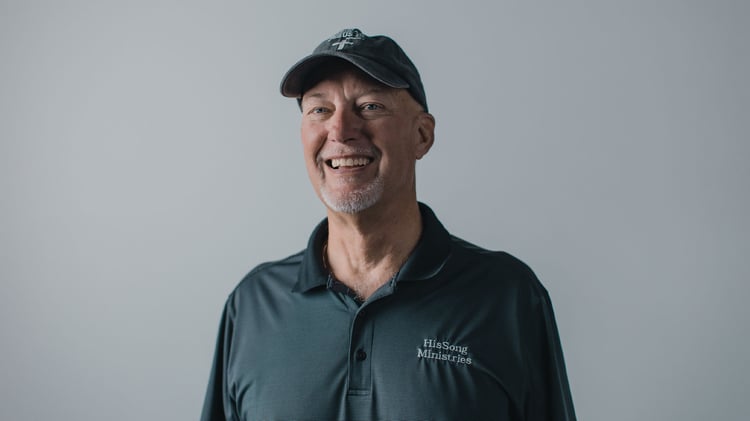 The consistency practiced by these dedicated men has cultivated a deep sense of trust and community at the Mission. Residents are able to see the same faces regularly and participate in relationships with healthy men who care about the details of their lives. Joel says that every member of His Song has expressed how richly their lives have been blessed by the men at the Mission. “Really, we are touched by the ability to be ministered to by them.”

“Really, we are touched by the ability to be ministered to by them.”

Volunteering is an act of sacrifice and service, but more often than not, we hear from our volunteers that their lives have been blessed beyond any expectation by the people they came to serve.

If you’d like to start making a difference in your community through volunteering at the Mission, register for an orientation today.