10 Lessons I keep learning at the Union Gospel Mission: Part 2

Editor's Note: A few days ago, volunteer David Wang shared a few of the lessons he’s learned spending time with homeless men in the day room at the UGM. Here, he finishes the list with five of the more sobering things he’s learning from that experience.

There are no easy answers - but then, that's not the point. 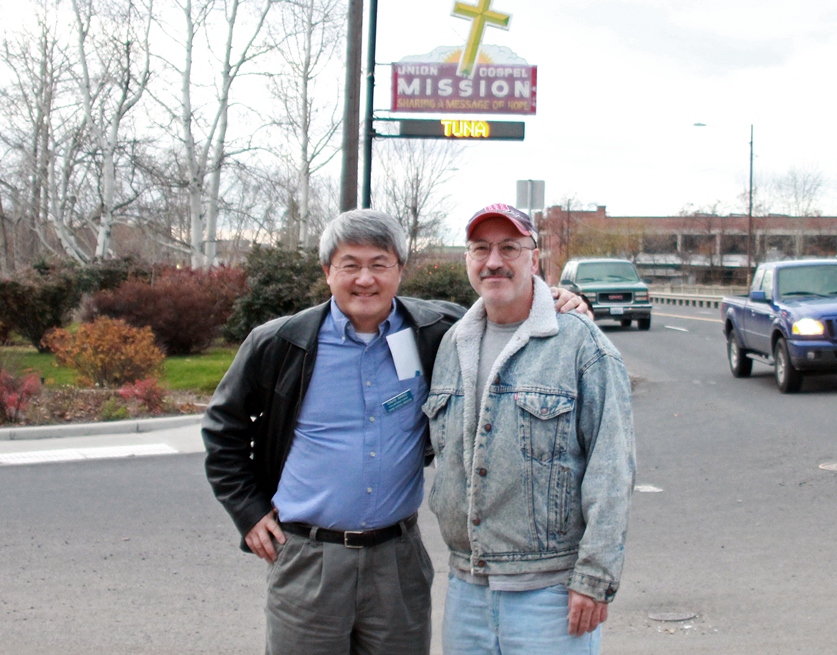 6. The lack of role models is a common thread for all these men.

None of these guys had men in their past they looked up to. Almost all come from troubled families. This lack of role models is a scar on them for the rest of their lives. For this reason, even “successful” cases of recovery and restoration often fail.

One example is Robert. Robert had been promoted to managing the clothing room at the shelter. “Oh David,” he would say, “if you knew what my background was (in the slums of Chicago), I’m just amazed I’m here. I thank God every day!” I have been so impressed with Robert that I’ve used him in sermon illustrations. But one day, I go to the Mission and find out that Robert just up and went back to Chicago, and it didn’t sound like it was for good reasons.

The lesson in this: it is so important to be steady role models to our children and others. You never know who is looking and what impression your steadiness makes. Live out your commitments day in and day out, in season and out of season.

And show the love of Christ. That’s all I mean by being a role model, because that’s all these men needed to have seen earlier in their lives and did not see. At any moment, we are a role model to someone. You never know when someone is taking notice. 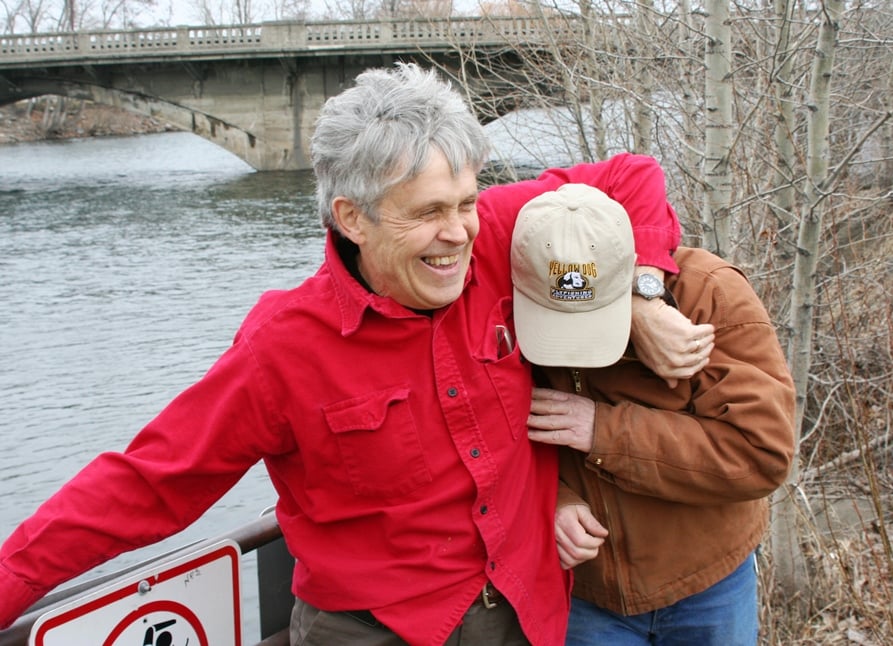 I’ve had men come up to me and say, “Oh yes, I remember you from two years ago…” -- and I don’t know these guys. But their eyes light up, and it is meaningful for them to get “reacquainted” with me. What does that mean for their salvation? I don’t know, but I wouldn’t want it any other way.

At the Mission, one learns to give lovingly no matter what the outcome. UGM brochures often note that the Mission serves over 300,000 meals annually. What this statistic is not coupled with is just how many lives are actually turned around. That number, relative to the 300,000, is very small. (25 men and women graduated from UGM's LIFE Recovery programs in June 2014.) 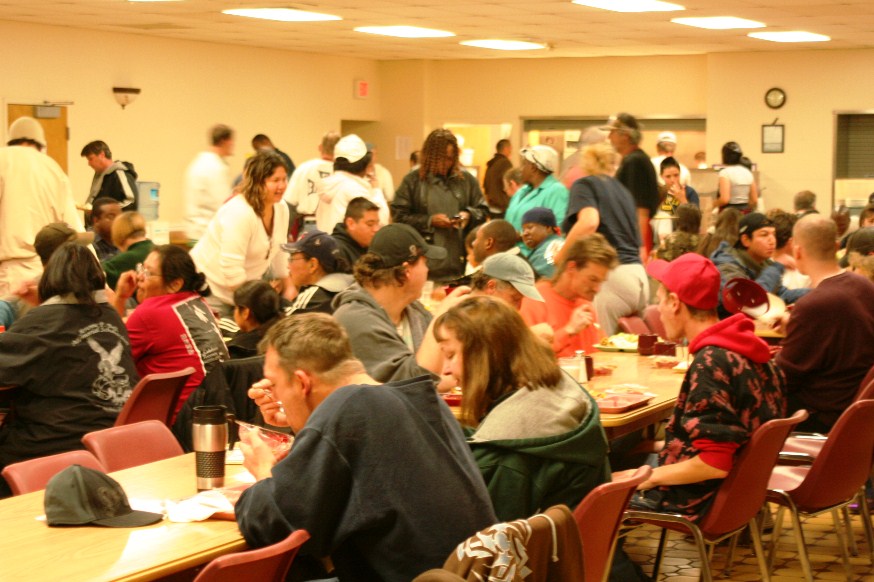 Simply put: we just hand out food, tons and tons of it, no questions asked. (By the way, how many of those 5,000 people Jesus fed actually followed him for the rest of their lives? We will never know, but I wouldn’t be surprised if the number is small).

UGM illustrates to me that love asks nothing in return; that is the nature of love. As soon as we put strings on love, it becomes something else. I learned this firsthand with Art. Early on in my time at the Mission, I befriended Art; I even gave him my own copy of C.S. Lewis’ God in the Dock because Art was such an avid reader. Art was trained as a respiratory therapist but had not held a job for many years. To get a job, he needed to get back into a hospital setting. So I arranged a volunteer gig for him at St. Luke’s Rehab.

This lasted for about three weeks. One day at the Mission I heard that Art was kicked out for being belligerent. I was crushed.

I’ve learned not to be so crushed. Art had become a badge of success for me. I’ve learned to not expect any badges. Just give and keep expectations low, really low. And then, lower them again.

8. The propensity to blame goes deep – dependence on self goes deeper.

Just over the last five years or so (I turned 60 this year) it has finally sunk in on me that people just will have their point of view, no matter what evidence is given to the contrary. I think it has something to do with pride, but I must stop short lest I myself become prideful in my judgments.

But what’s sobering about cases I see at the Mission is just how deeply the “I am right and everybody else is wrong” attitude can go. These guys literally have nothing, and yet you see some of them absolutely convinced that they’ve been right in everything all their lives. Often, as a guy looks around the Day Room, he tells me: “You need to understand, David, I’m not like the rest of these poor slobs…” 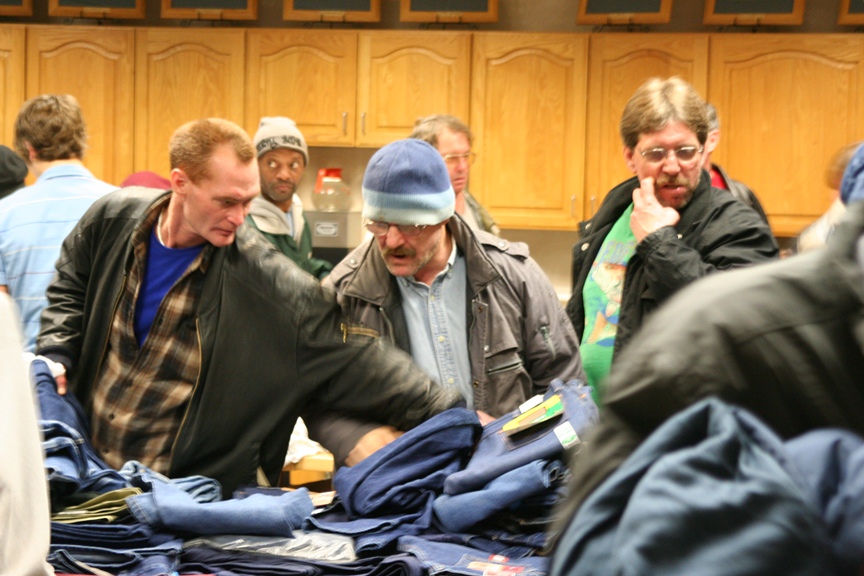 The lesson for me here is checking my own heart. Am I so right in everything? Are others as wrong as I have projected them to be? Are some of my hurts and pains from the past really due only to others? Doesn’t it take two to tango? Be humble and contrite, and then the chances of God being able to form Christ in me are increased.

9. The danger of institutional pride.

I want to be careful here because I am less than a drop in the bucket in the UGM ocean. But let’s face it, the UGM is a success story. What started out very humbly is now a large operation. Besides the men’s and women’s shelters, there is the Crisis Shelter for Women and Children. There are two thrift shops. There is UGM Motors. There is the brand-new UGM facility in Coeur d’Alene. UGM runs a large retreat camp outside of Spokane. UGM provides food support for other shelters in the region. If you’ve gone to the UGM fundraiser dinners, the size of the operation, and the level of support, is extremely impressive.

UGM can be subject to pride like any other successful operation. And such an operation can become an institutional machine. Please pray that God keeps UGM’s leaders humble. Please also pray that, as necessary as rules are to run a place like the Men’s Shelter, the leaders are sensitive to how pride impacts effectiveness. 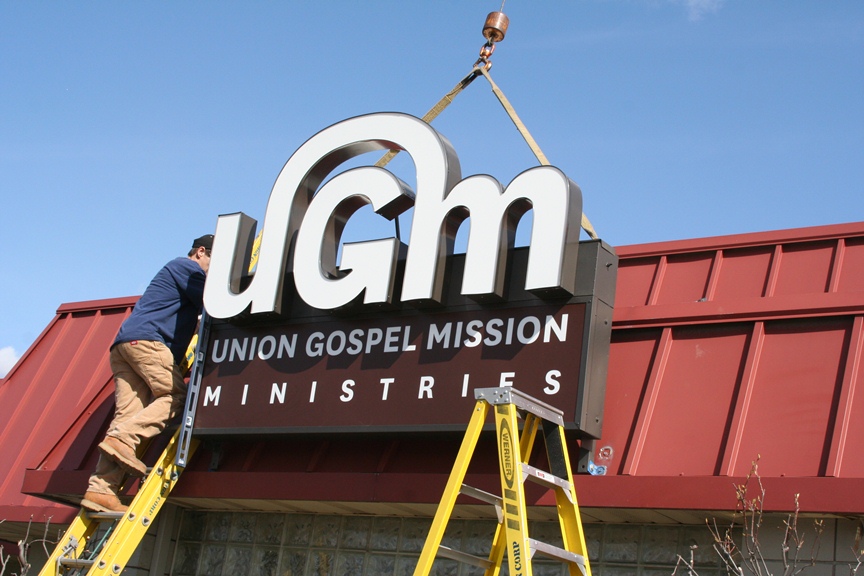 One small example: I notice that there is a gap in the way the men in the 16-month UGM recovery program relate to regular “guests” in the day room (where the short-term men off the street hang out, and where I hang out). It is not unusual for guests to be made to feel like second-class citizens by the guys “in the Program,” who only a few months earlier sat in the Day Room as guests. These guys now have various responsibilities that impact the quality of the stay of the guests. Pray for humility for these guys, and pray that those who run the Program can themselves model humility.

The last lesson I’ll share comes out of the fact that, sometimes, going to the Mission is one of the last things I want to do on any particular day. The lesson is “just shut up and go.” There is something to steadiness and longevity that must itself be a work of testimony to others, and sanctification to me.

Let me just share one example: Today I have regrets I gave up the cello, which I took up in 2000 and then just stopped two years later. At the time, I felt I was too old to be competent with it, and there were so many other things on my plate. I wish I had just shut up and kept playing, because I think I could be part of an old-farts orchestra by now. 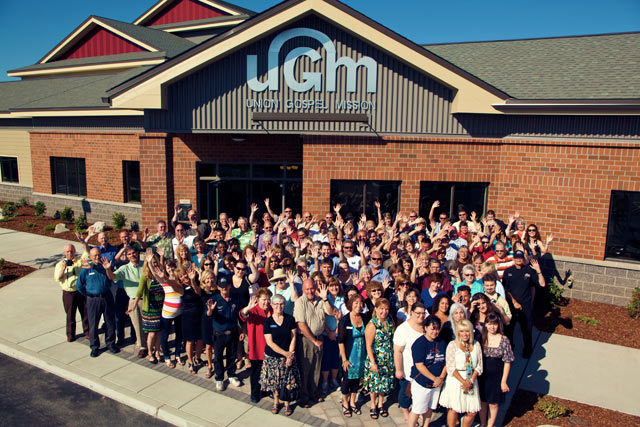 This might be a self-serving example. But it is relevant because I don’t want to stop volunteering at the Mission – because I’ve been doing it long enough to feel like I’m participating in an orchestra of amazing volunteers, and I feel the pleasure of heaven in doing it.

Intrigued? Want to learn more and discover how you might be part of the "orchestra"? Click on the link below to request your free copy of "Every Last Conceivable and Downright Inspiring Way We Could Think of to Help the Homeless with Union Gospel Mission."