Recovery: Freedom for the Captives 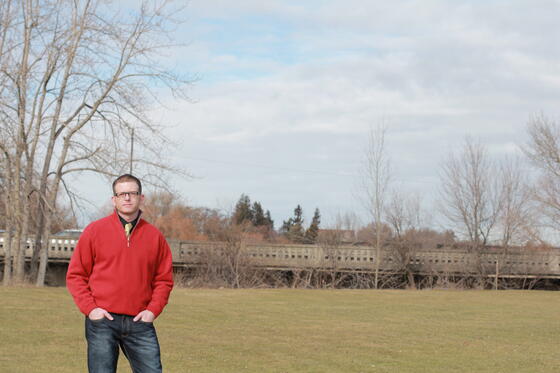 
At 11, Rowdy had his first run-in with the law. He stole a dirt bike. When he stole the same bike a second time, he ended up at a boys’ ranch. From which he ran away.  Of the next 26 years, Rowdy spent ten incarcerated for a wide range of offenses – driving without a license, driving without insurance, theft, failure to appear, probation violations, etc. When he moved up to Spokane from Texas five years ago, he got involved with biker gangs and the Mexican mafia – running drugs and guns.

“I got an apartment downtown with a couple of buddies, and it was basically a 7-Eleven for drugs, you know. I mean 24/7, in and out, in and out. I got connected with some very, very dangerous people.” Eventually, he was caught and convicted of possession of a stolen vehicle and six felony drug charges. He spent a year in prison, but when he got out, he wasn’t really free.

A slave to his passions

“I made it to Seattle before I made a phone call, and by the time I got to Spokane, I had a pretty girl and a sack full of drugs waiting on me. So, 15 minutes after I got off the bus, I was (using). But this time it was different. All the people I knew, all the prestige I knew, were gone. The people were either indicted, in prison, or dead, every one of them.

“And, well . . . I know God was working in my life because this time the drugs didn’t get me high. It was a horrible, horrible thing. I was having hallucinations and twitching. My whole body was twitching. It was bad. I was sleeping under the bridge. It was the middle of winter. I was lucky I didn’t freeze to death.

“I would try to go to sleep, and all these thoughts would come back into my head, and I couldn’t sleep. I was involved with hookers (in the past), and I would have these euphoric recalls about doing drugs with them and situations that happened with them . . . For most of my life, that was something I looked up to, but this time, it just made me angry. It made me angry and disgusted, and I didn’t want to think like that anymore.

“It’s like I didn’t know what I wanted, but I knew I didn’t want that anymore, you know. And for the first time in my life, I prayed, not like a little kid prays, ‘Oh, don’t let me get caught,’ or anything like that. No, I prayed, ‘Please take this away from me. I can’t do this anymore.”

Rowdy wanted to be free. Really free. So he asked his corrections officer to send him back to prison. But God had a different plan.

First, Rowdy went to short-term treatment where he had a counselor who “looked right into my soul. He told me exactly what was going on in my head, which didn’t have anything to do with drugs. He said, ‘You’re just a scared little boy.’”

Rowdy was amazed. For as long as he could remember he’d been projecting a tough image. He had thought, “I’m gonna act tough so you don’t get close to me. Otherwise, you might find out just how weak I really am. I went to the extremes. I played football. I acted tough in front of people. I pursued bull-riding to the point of being a professional at it. I got mixed up with very rough people and very dangerous situations on a daily basis – just so people wouldn’t know I’m just a scared little boy on the inside. How crazy is that?”

Crazy maybe. But admitting the truth is what started Rowdy on the road to recovery. After he completed the short-term program, he decided to join the Freedom Bound recovery program at the Union Gospel Mission Men's Shelter. 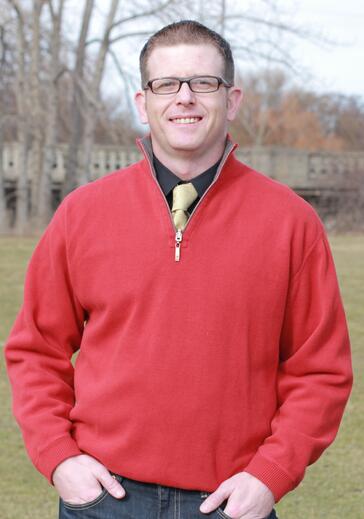 “I’m a work in progress, you know? I pray every morning to start my day. I want to be the same man in classes that I am outside, that I am in here. It doesn’t happen fast enough, but it’s happening.”

A few months ago, Rowdy went back to Texas to begin the process of reconciling with his family. “I was able to go down there, stand in front of everybody, and own up to everything I’ve ever done. I wasn’t trying to hide or get out of it. I did it. I’ve never been able to do that in my life.”

On January 4, 2013, Rowdy completed all of his DOC requirements. “My whole life, I’ve never been able to complete any type of probation, parole or anything. I just completed it with no hitches whatsoever.”

The sign on Rowdy’s room at the Mission says, “Free Man.”

Today, Rowdy isn’t just out from behind bars. He is truly free. “Free from lying. Free from feeling like I can’t show anyone who I am on the inside because I’m weak. Free from misconceptions about what a real man is. Free to believe that God is the Father I never had . . . and that He loves me.”

“Jesus replied, ‘Very truly I tell you, everyone who sins is a slave to sin. Now a slave has no permanent place in the family, but a son belongs to it forever.  So if the Son sets you free, you will be free indeed,’” John 8:34-36.

UPDATE June 19, 2014: Rowdy graduated from the LIFE Recovery program. He is now working as the senior desk man at UGM Men's Shelter and going to school to become a chemical dependency counselor.

Want to know more about how you can help the homeless? Click on the link below to download our e-book.

Winning Essay: What I Wish People Knew About Homelessness
Addiction Recovery: A Healing of the Heart
Honoring Jerry Reese: An Authentic Man
A Look Inside Men’s Recovery
God changed me through UGM.