O Come Let Us Adore Him

Christmas is about adoring Jesus. It’s about the angels’ invitation to “come and see.” It’s about the shepherds leaving their flocks to kneel and gaze into the manger, the wise men journeying for days and weeks to offer gifts of gold, frankincense and myrrh. It’s about God becoming man and changing the world. It's about our response to the biggest event in history.

The thing is, it's difficult to conjure up adoration, and even if you can manage it, God is not fooled by pseudo-worship.

Traditionally, the Comitos have made our own Christmas cards every year – each child and Mom and Dad taking a turn. We didn’t always succeed in getting one created, and more often than not, we were still sending cards well after Christmas, but it’s a tradition I value because it brings back the angels’ invitation to “come and see.”

Adoration does not come easily to me. I envy people who seem to fall easily into worship. I am a skeptic, a cynic, a glass-half-full kind of girl; so worship takes intention for me. It takes stopping and gazing and considering. Considering who this God-child grew up to be. Most critically, it takes the Holy Spirit moving in me, softening my heart of stone and giving me a heart of flesh.

Christmas is an invitation to stop, gaze, consider and worship.

Recently, my pastor retold the story of the woman who had been bleeding for 12 years in a way that opened my eyes afresh to the beauty of Jesus. Because she had been bleeding for 12 years, this woman was in a perpetual state of “uncleanness.” Anyone she touched would also be unclean, and so she was completely isolated, ostracized. She could not participate in anything sacred or holy. Can you imagine the shame she carried? She longed to be healed, to be freed from this curse. When she touched Jesus, she was healed, but not only that, the process was completely reversed: He did not become unclean. She became clean.

I think she wanted that to be the end of it, to stay hidden in the crowd, but Jesus called her out. He wanted her not only to be healed but to be released from shame: “Daughter, your faith has made you well. Go in peace. Your suffering is over.”

Jesus changed everything for her. And for us.

Immanuel: God with Us

I love that story and meditating on it moves me toward adoration. Interviewing men and women at UGM from whom Jesus has stripped years of abuse, addiction and shame has a similar effect on me. 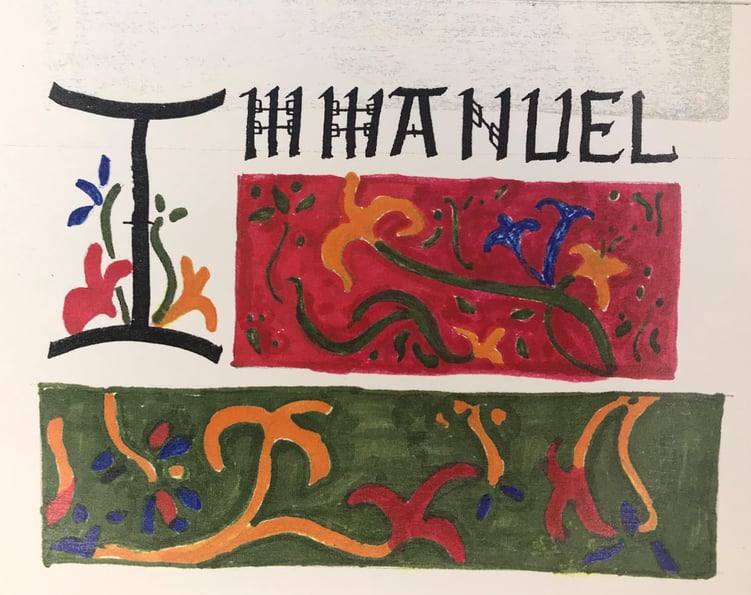 The pandemic, the election, the economic shutdown has made this year a difficult one, but Christmas reminds us of this essential truth: God is with us. Another thing my pastor said recently is that maybe having Christmas in the midst of disappointment moves us closer to the first Christmas, a humble moment when Mary gave birth amidst farm animals and laid her precious baby in a feeding trough.

Friends, I invite you to take this week leading up to Christmas to fall in love with Jesus, the One who is with us, the One who heals us and removes our shame. Kneel at the manger. "Come and see" the Savior of the world, the One who changes everything.

Bring the gifts he has given you. Let him absorb your thoughts, your imagination. Let him capture your heart. I hope the Comito Christmas cards embedded here will aid you in the process.

Fall in Love with Jesus 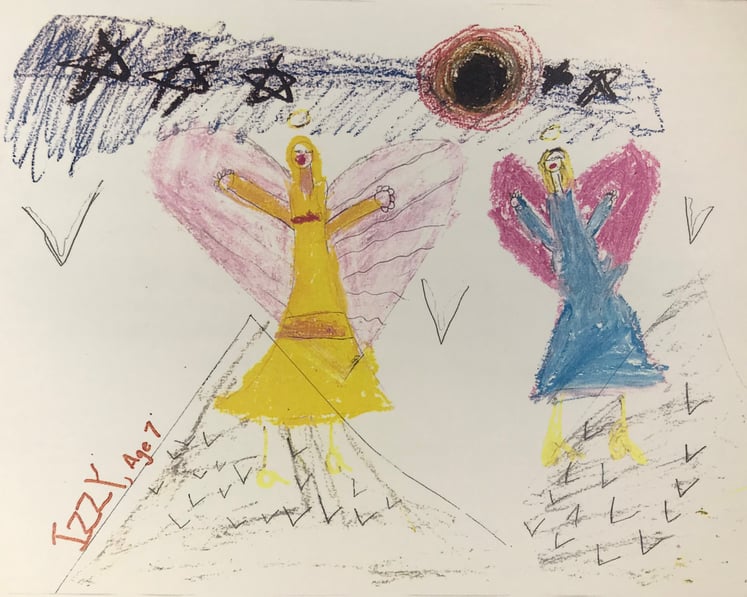 Inside this card from 2004 was the question: What might it have been like to be with the shepherds outside Bethlehem when the angels appeared and announced the birth of Jesus, Son of God, Savior of mankind? 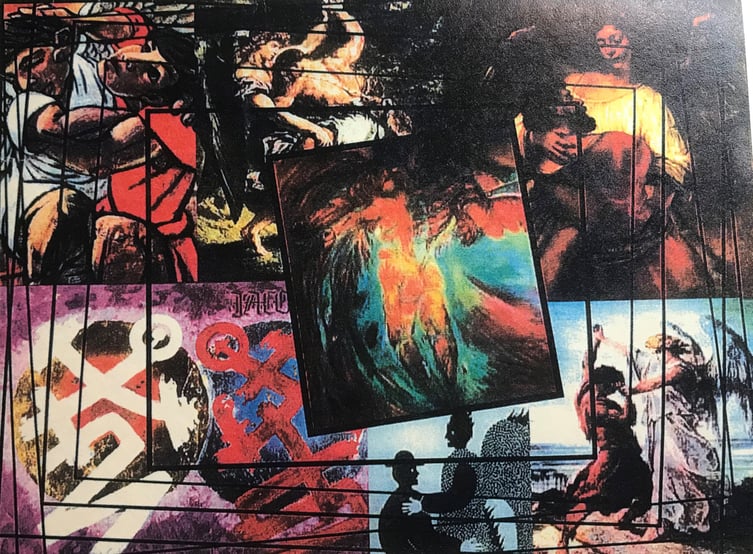 My son Drew was a wrestler, and he created this card his senior year of high school (2008). Inside it said: "I wrestle [with God]."

"I do not wrestle like a man beating the air. No, I beat my body and make it my slave so that after I have preached to others, I myself will not be disqualified for the prize" I Corinthians 9:26-27.

Inside this card (2009) was a more sobering message from the book of Revelation 12 and this interpretation: "The Son resumed the fight on the dragon's new turf. They fought a battle to the death, and when it was over, the dragon had bruised the Son's heel, but the Son had crushed the dragon's head (from Genesis 3). 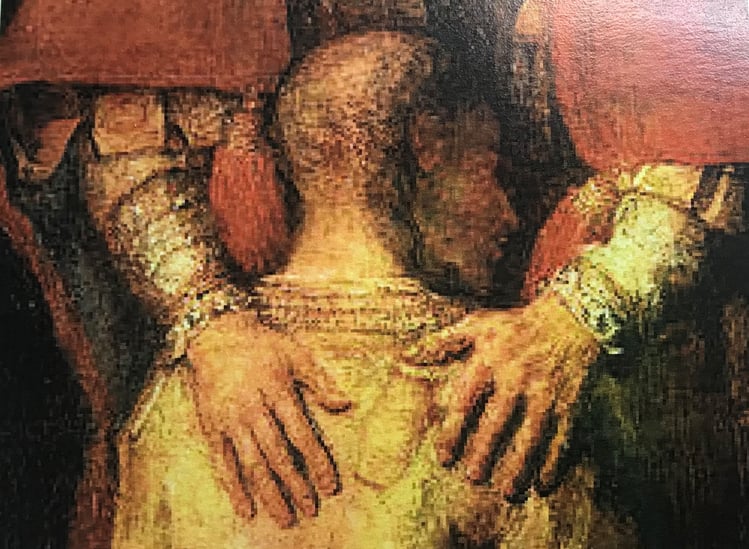 This detail from Rembrandt's painting the Return of the Prodigal was accompanied by this line from a favorite hymn: "In the arms of my dear Savior, Oh, there are ten thousand charms." 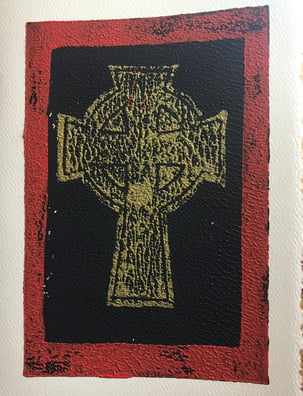 Finally, this year's card (2020), reminding us of the importance of the cross at Christmas. Jesus came to die.

Inside, another line from a favorite hymn: "Teach me some melodious sonnet sung by flaming tongues of above."

There is so much we do not understand. We need him to teach us.

Take more time to reflect on Jesus and the prophecy of his coming in Isaiah 61:1-3 with this free devotional.