Christmas: The Power of God with Us

Christmas celebrates the arrival of Jesus, the Son of God clothed in humanity, on the earth. One of the most beautiful descriptions of that visitation, the one Jesus used of himself, is in Isaiah 61.

“The Spirit of the Sovereign Lord is on me, because the Lord has anointed me to proclaim good news to the poor…. to comfort all who mourn, and provide for those who grieve in Zion — to bestow on them a crown of beauty instead of ashes.”

Proclaiming good news to the poor is an everyday occurrence at the Union Gospel Mission. Every year, it’s important to reflect particularly on the miracle of Christ’s birth and renew our sense of grateful wonder at the gift that made the good news possible: Immanuel, God with us. God with frail, broken humans. God with anyone crying out to him. God with you. God with me. 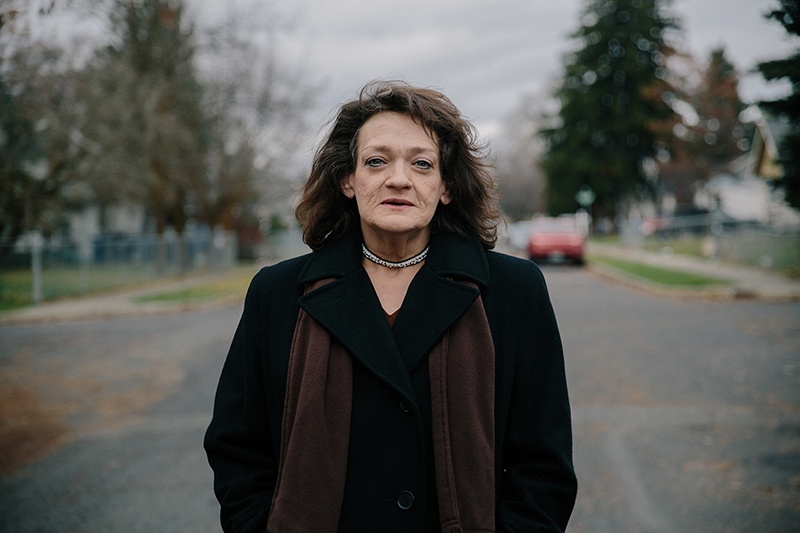 Walking into the UGM Crisis Shelter, Enid felt like a zombie. Her hair was singed, her eyes glassy. And her heart held no glimmer of hope.

Enid’s home had just burned down. But that wasn’t even the hardest thing she was dealing with.

Her husband had sustained severe combat wounds in the Iraq War in 2004, and he still suffered greatly from traumatic brain injury and post-traumatic stress disorder. On November 21, 2015, Enid reached the limit of what she thought she could endure: Her youngest daughter passed away, leaving six young children behind.

Losing her home 18 months later just seemed like the fiery climax to a life that had become utterly unlivable.

“We felt like Job. The bottom fell out of our world.”

But Enid doesn’t mince words about what she found at the Crisis Shelter: A miracle of hope in “a God-ordained, God-blessed, God-sanctified place.”

Beauty instead of ashes

As shock from the fire wore off, Enid found she was surrounded by caring people. The shelter staff “are so supportive and approachable. You don’t feel like you’re lost and alone. They have a way of making you feel you’re safe. You’re OK.”

She could rest for a while, physically and mentally. She could begin to process through her griefs with encouragement and support from others. “There’s always someone there. Never alone.” Her husband found similar refuge and support at the UGM Men’s Shelter and at Truth Ministries.

Enid could share stories and support with her fellow residents. “We’re all here because in some way we were broken, bruised, and hurt, or we wouldn’t be here. And we can support, love each other and help bring each other up.” And those relationships continue after each woman moves on. “I’ve never had so many contacts in my phone,” she says with a laugh.

That’s how Enid’s family has grown beyond “just” nine grandchildren. She plans to spend a couple of precious hours with her biological family this Christmas, but she knows she’ll come back to celebrate with an even larger family at UGM.

“The Lord has my youngest in heaven now, but I tell you he’s blessed me with other daughters,” she says. Many of the young women in the shelter call her “Mama,” and the children call her “Grandma.”

Most importantly, through the day-to-day spiritual encouragement she received, Enid reconnected with Jesus, from whom she had drifted over more than a decade of struggles. She found she could share with him her grief and her burdens. “That’s the whole point: Life is hard. But we learn to trust in him, and he sees us through. … I have never felt this peace since before 2003. And I owe it all to my Savior.” 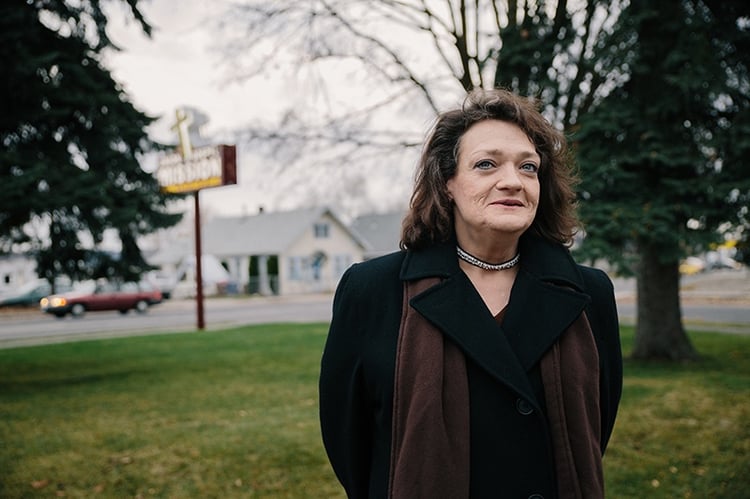 Enid counts it a blessing to share that hope with others who come to the shelter hopeless like she was: Change is possible! “I can’t even articulate what UGM with the Lord’s blessing has done. Watching the transformation of others … to get to work with them and encourage them, has been more than I could have ever imagined. I tell people – and this might sound horrible – but it was a blessing to lose my home, because UGM has done so much in my life.”

So Enid already has plans for when she moves out.

“I intend to come back to UGM and volunteer! I couldn’t not. I’m so thankful for it and blessed by it that I feel I want to give back a small portion of what was given to me.”

“You get just to the point where there seems no hope. It feels hopeless. But thank the Lord, seven months later, I’m a new creature in Christ Jesus thanks to God-inspired UGM.”

“The people living in darkness have seen a great light; on those living in the land of the shadow of death a light has dawned.” – Matthew 4:16

Merry Christmas! Here’s our gift to you: a free Advent devotional for your personal devotions or to share with a group.