Editor’s Note: We interviewed Amanda, 23, one year ago when she lived at the UGM Crisis Shelter for Women & Children with her then 3-year-old daughter, Daisy, and again shortly after she started Women’s Recovery at Anna Ogden Hall. Amanda is now in phase 3 of the recovery program and digging deep into the issues that led to her addiction and homelessness. We spoke with her recently about what she’s learning and what life is like in a residential recovery program. Amanda is very articulate, and for the most part, we’re just going to let her speak for herself. 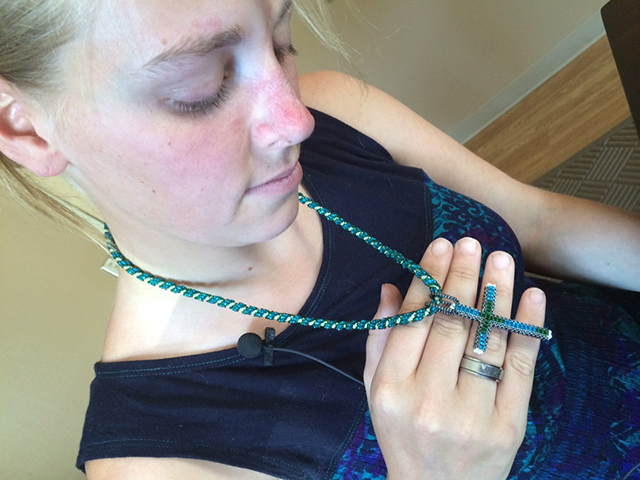 Amanda’s dad is in prison. He sent her the cross she was wearing around her neck the day we talked.

Changes Since We Last Visited

“I am no longer addicted to anything. I have more peace in my life. I was addicted to substances and men. I have been off of drugs and alcohol for a whole year, and I have been relationship-free for eight months.”

“I was taken from my parents when I was three and put with my grandparents. Then I was taken from my grandparents and put back with my dad. Then he went to jail and I got put back with my mom. Then I got pregnant and dropped out of high school. I got my diploma and I had a kid, moved to Tacoma and got beat up, came back home, got beat up, and went to the Crisis Shelter and then came here.”

Amanda has recently reconnected with her dad but said she is a little fearful of going to see him.

“The last time I saw [my dad] was when he was in Republic and Daisy was like two and a half. But I am…there’s a little bit of fear of rejection because when I was a kid I felt like I wasn’t good enough. That’s why they didn’t want me. And part of that still stays with me. That’s part of the reason I isolate in my room, not just to get close to God, but if I stay away from people, they can’t hurt me. 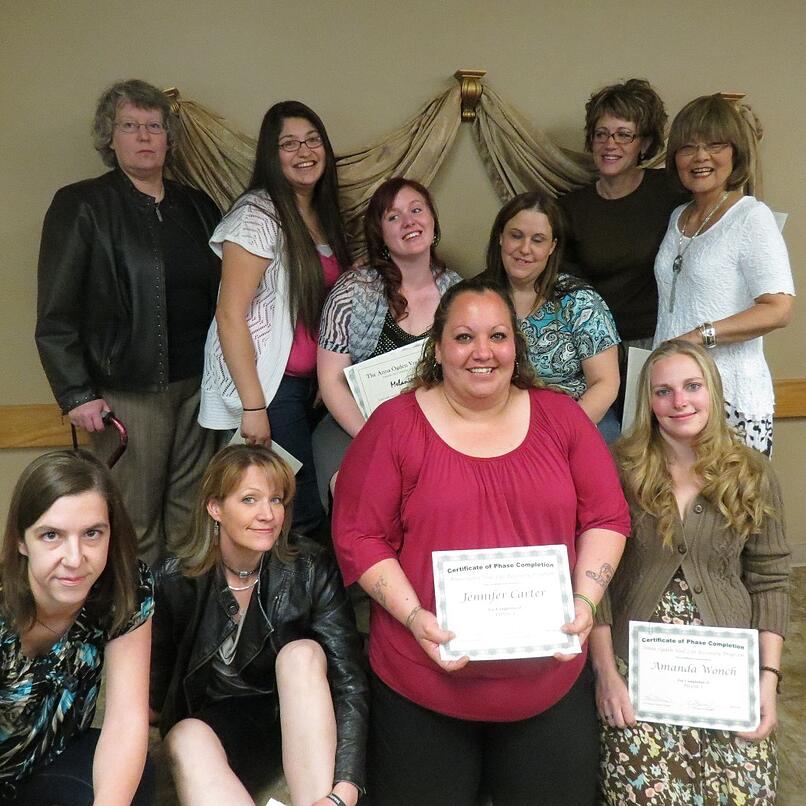 “Making friends with girls who are my age is definitely a challenge ‘cause I always hung out with boys. Boys didn’t cause drama; they didn’t stab you in the back. I could just relate to them more because I was living with my dad.

“In this program we are working on me being able to step out of my room and feel comfortable with being in a peer relationship without fear of rejection…I’m working on stepping into relationship with the ladies here. It’s just, it’s really hard to trust people that you don’t know and that you are telling your deepest, darkest secrets to, that your family don’t even know. And it’s hard. It’s not like a cakewalk.”

“I’m no longer addicted to the want of men, and that was one of my family’s and my biggest problems. I wanted a man in my life, and every time I’d pick a man he would be bad. Like he wouldn’t be a bad person, but his actions and his choices that he made, that would make him bad."

Asked if she knew why she chose those men, Amanda replied: “OK, so in your subconscious thinking, you pick what you think you deserve. So, subconsciously, I was thinking that I deserved to be beaten. And that’s how bad my childhood messed me up. And I’m not blaming anyone, you know. Parents do the best they can, just like I was trying to do the best I thought I could with Daisy. You don’t know any different until someone comes alongside you and teaches you how it can be different. Because you don’t know unless someone tells you, ‘Hey, there’s a better way to do this.’ You would never know." 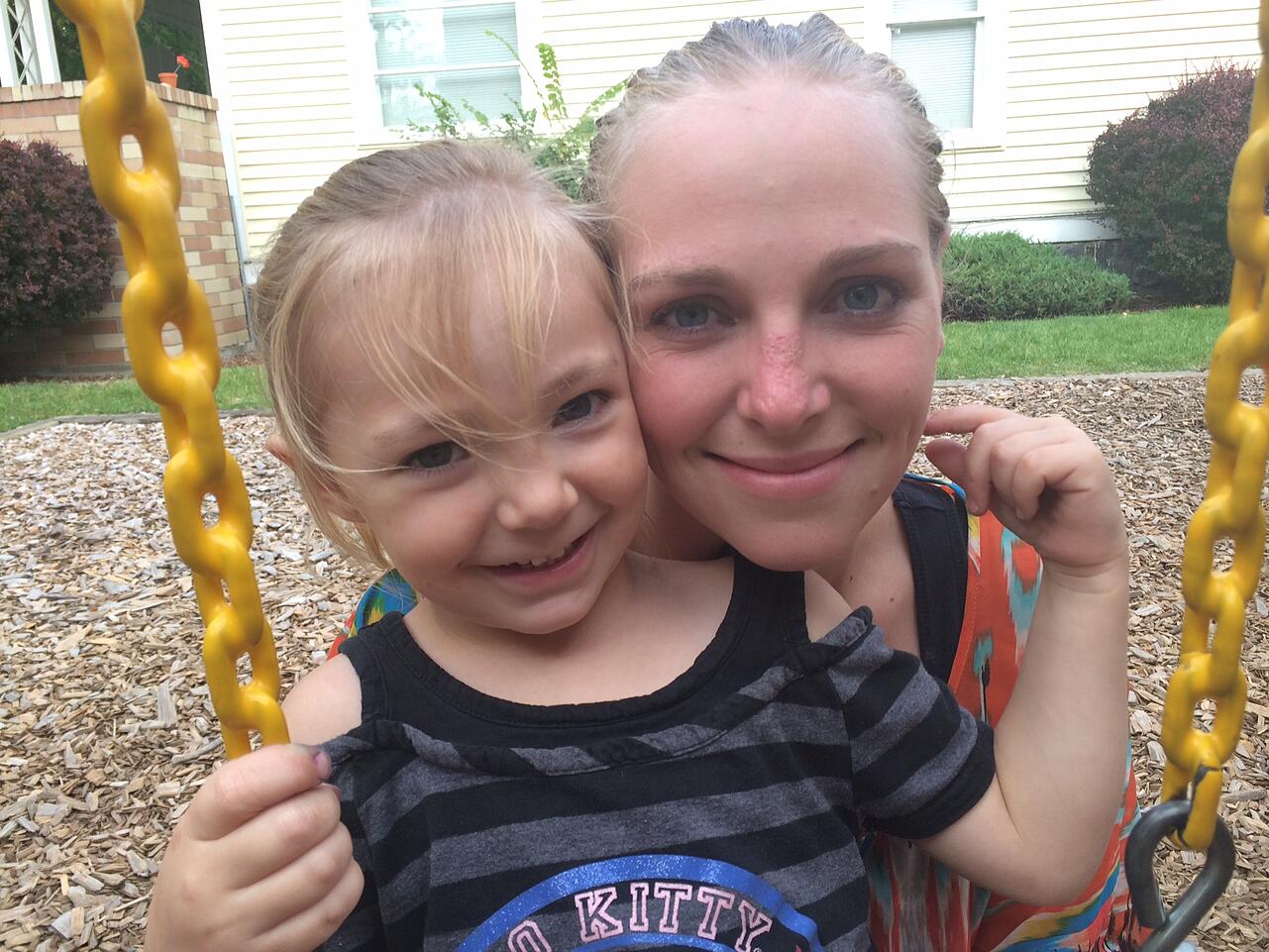 “Yeah, because I want to fix them. I want to take care of them, and sometimes the role will switch, and I want them to take care of me and support me, and if they have to support me, they also have to support my 4-year-old daughter. And that’s when the big issues come out. That’s when normally the relationships go downhill. And then I’m just too stubborn to get out because I just want to, I just want to be needed. I want to be wanted.”

“You have to let go of the want to be wanted and the…just the simple touch of a man can make you feel so good, and you have to deny yourself that. It’s hard.

“And we mess up. I mess up. I’ve messed up. I’ve only messed up once since I’ve been here, and you just get, you get caught off guard. You have to keep your guard up if you are addicted to men because they’re everywhere. You can’t just move away from them like you can move away from meth, you can move away from cocaine. If you don’t have an income, you can’t get it, but men, they’re at your church, they come here to work on the building, they’re at graduation, they are walking down the street when you’re going for a run in the morning, they’re at the plaza. They’re everywhere, and you cannot get away from it.

“And it’s in your head, and you have to battle with it every day, like I find myself crying in my room every night because I’m tired of being alone. Sometimes I wonder if this program is worth being alone.”

Want to learn more about addiction and how to recognize its early signs? Click on the link below to watch a short segment of the Counselor's Couch.

UGM Crisis Shelter: A Safe Haven for Women
Women's Recovery: Reflecting the God Who Sees
From Victim to Victor: a Story of LIFE Recovery
Dyann escaped domestic violence but had nowhere to go
The Cycle of "Love"