Dyann escaped domestic violence but had nowhere to go

Dyann was married to a man who abused her for five years. He hit her. He pushed her down stairs. At one point, she ended up in the emergency room with 26 staples in her head. From there, the police took her to a safe house, but after her stay ended, she wasn’t sure what to do.

Domestic violence isn’t just about physical trauma. Although the physical damage is often severe, the emotional devastation can linger long after the body has healed. “Research conducted over the past 30 years has consistently demonstrated that being victimized by an intimate partner increases one’s risk for developing depression, PTSD, substance abuse, and suicidality as well as a range of chronic health conditions” (The National Center for Domestic Violence Trauma).

Dyann was living in her truck, moving from parking lot to parking lot throughout Spokane and the surrounding area.

“Domestic violence is the third leading cause of homelessness among families.”– National Coalition for the Homeless

“My ex-husband told me that he hoped I would be homeless and that my life was going to be in shambles, and it was. It was. It was painful. I was cold. I was hungry..."

Dyann honestly admits, at that point, food was less important than alcohol. "If I had three dollars, I'd wonder if I should get a beer or some gas in my truck... Hungry didn’t even matter a lot of the time. I was just cold and nobody to talk to ...” Escaping the tortured thoughts and loneliness were a higher priority. Hence, many days she barely ate at all.

“You scout. You scout places where you can use the restroom. How often can you go in there? Is this person going to give me a glass of water? So you just go into a drug store and act like you’re going to buy something and you go and use the bathroom. Hopefully, they don’t follow you, thinking you have stolen something. You find a place where you can dump your garbage.

“You stand on corners and ask for gas money.”

While she was staying in one particular grocery store parking lot, one of the courtesy clerks noticed her and told some other employees, “Hey, there’s a lady living in her car out there.” A couple employees recognized Dyann’s truck and approached her to ask what was going on.

“I said, ‘This is my life now. I’m cold. I’m hungry.’ And they would send out cups of coffee with a courtesy clerk or some mashed potatoes or hot soup. I stayed in that parking lot for probably two weeks.”

One of the women who knew Dyann from an earlier time took her home for the night, and the next day she and her husband took Dyann to the UGM Crisis Shelter.

Historically, more than 40% of women coming into UGM shelters have reported domestic violence as a contributing factor to their homelessness. 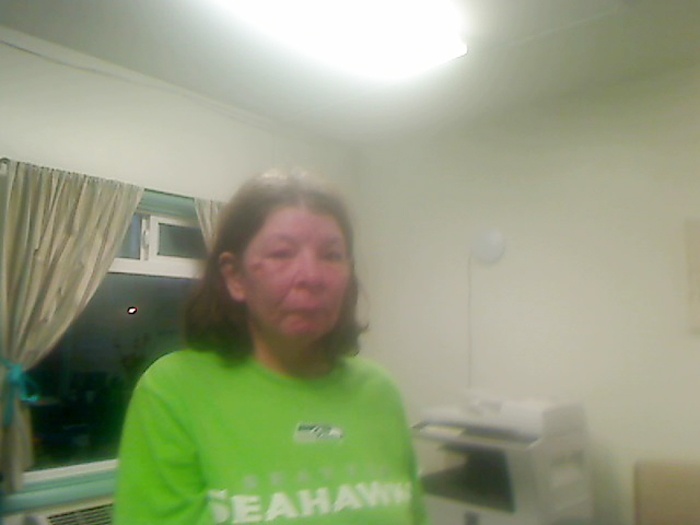 Dyann remembers the staff being warm and welcoming from the very beginning – hugging her, praying for her – but she wasn’t ready for that. The first couple weeks were all about getting used to being sober and returning to physical health - regular meals, good nights of sleep in an actual bed, showers, medical care.

“Having been so broken, you don’t accept [friendship] right off the bat. You put up your survival skills and you just back off, and they let you.”

Time is a critical component in healing, both physically and emotionally. We all know that, but sometimes we forget. We get impatient with others and with ourselves. We want to know when we/they are going to get better. Unfortunately, there is no set timeline for healing from emotional trauma. There is, however, research and wisdom around what helps.

According to an article in Psychology Today,  “Recovering from a traumatic experience requires that the painful emotions be thoroughly processed. Trauma feelings cannot be repressed or forgotten. If they are not dealt with directly, the distressing feelings and troubling events replay over and over in the course of a lifetime, creating a condition known as post-traumatic stress disorder.”

And recovery simply cannot be done alone.  “Whatever inner resources people need to mobilize for recovery, they still can not accomplish the task alone. Depression and trauma are disconnective disorders. They do not improve in isolation. To fix them you have to be connected to others” (Psychology Today).

Although Dyann tried to isolate initially, the staff and volunteers gently continued to press her to engage.

“But they kept at me, and they put me in a position where I felt, Hey, I can do something. Which sounds silly, but working in the clothing closet, doing laundry, folding clothes … Somebody came up and asked for a toothbrush, and just being able to hand somebody a toothbrush was, Wow! Being able to give something so simple was a really big deal because you’ve been so long where you can’t take care of yourself, but now you can give something to somebody. It makes you feel good.”

Dyann, who spent the majority of her working years as a sous chef, began working in the kitchen at the new Crisis Shelter, and that really made her happy. 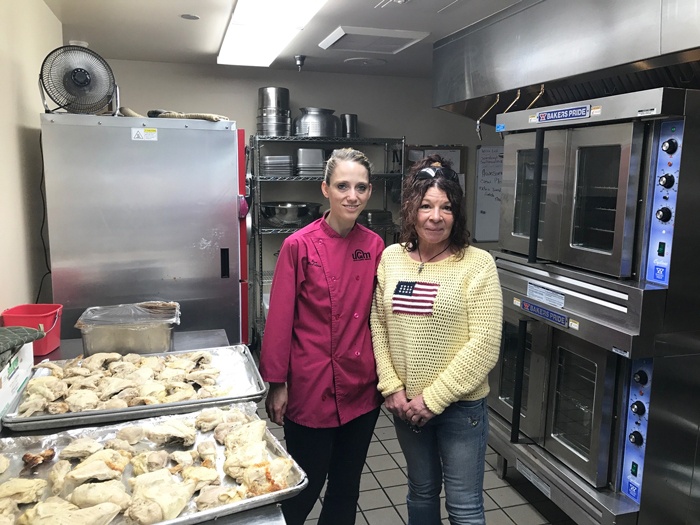 Working to help run the shelter and feed the women and children gave her a profound feeling of satisfaction. She was needed. She was making a difference. She loved the smiles on the kids' faces over their favorite meals.

She saw herself changing. The hard outer shell she had built to protect herself was cracking. She was letting people in, and eventually, she even opened up to God.

“I was slow to let God in. At first, I went through the motions because you are required to attend chapel. It is a requirement in order to stay here, and that’s the way it was with me in the beginning… ‘Gotta go to chapel.’ But the more chapel I attended, the more I got to know the pastors.” And the pastors really cared, Dyann said. They would stay late and pray with her. “And it opened my eyes to realize that I need help here, and I don’t just need physical human help, I need a help that is greater than me, and all I have to do is pay attention and ask and learn.”

Pay attention and learn she did.

Dyann also received counseling through UGM and Frontier Behavioral Health while at the shelter. She was able to have surgery on her hands for carpal tunnel syndrome, and while the doctor told her she couldn’t go back to work in a kitchen, she realized she had something to offer other women who had gone through domestic violence. She is in training to become a peer counselor and has moved into transitional housing. 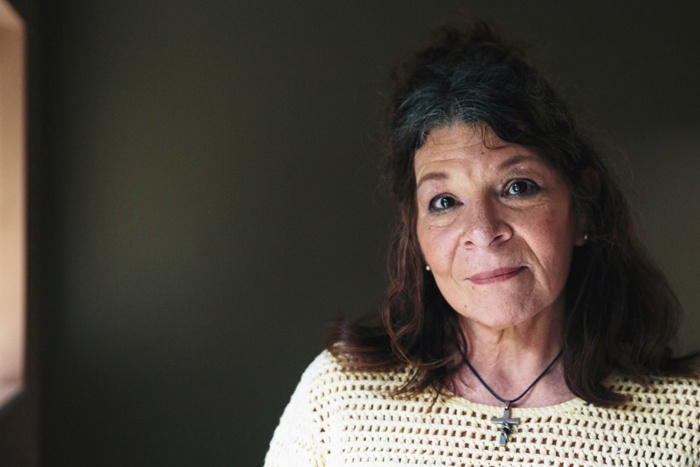 “I see pictures of myself that night I checked in, and I can’t believe that’s me because it’s horrifying. What I looked like and what I had become.”

Today, however,  “I have become a person that I like.”

For Dyann, life transformation started with little changes: regular meals, a bed, clean clothes. You can provide meals to people in need for for $1.84 each. 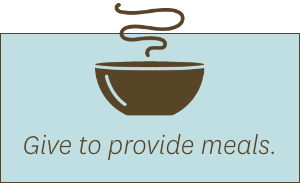