The Effects of Relapse on Recovery

The following is a conversation with former UGM Men's Recovery Counselor John Dunne on how relapse relates to recovery.

Can you define relapse and explain what it looks like?

Relapse in a chemical addiction or substance abuse addiction is pretty clear. I'm either drinking or I'm not drinking. If I were to take one drink, that wouldn't necessarily be a relapse, but it would be the beginning of a relapse. So, you're either doing the behavior or you're not doing the behavior. A relapse involves the lifestyle, not just the consumption of the drug. A slip is something that happens very quickly, short-term, even a drink out at a party. Relapse is moving back into the total addiction lifestyle. 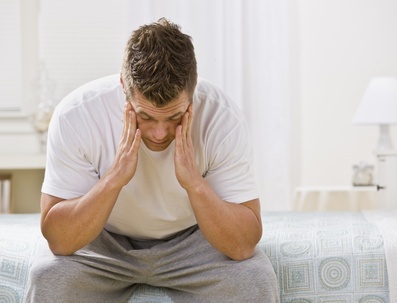 What are the warning signs of relapse?
There are a lot of them. We actually have an acronym from the Genesis book called the “FASTER” scale.

Probably the biggest single symptom of somebody who's going to relapse is some process of isolation. If a person is not communicating, they’re not sharing what's really going on with them, they're not spending time with recovery people, if they're isolating in any way, that's the biggest red flag toward impending relapse.

How does the recovery team respond when they see these warning signs?

When we have a guy in the program and we see warning signs, we'll bring him in to talk to the team. In a sense, it's an intervention. We want to do it in a way that, first of all, we demonstrate we care about the person—“You’re not in trouble. We care about you, we're concerned about you, we see some things that are warning signs. So, we want to talk this over and see if we can help you.” Raise the person's awareness, maybe he's struggling with something that he hasn't been able to identify or hasn't been willing to identify.

Once a resident has relapsed, what is the process to get back into the program?

If it's a very short-term slip, a one-day relapse, if the guy owns it, if he doesn't try to hide it, then we have a 72-hour rule. Essentially, it's bring the guy back into the community, let him stay here as long as he can breathalyze without any alcohol. If it's just a short-term thing, the idea is, get him back in our community, so he’s not out there in the drug world with a long-term relapse. If somebody hides it, then they're out and they have to come back to the accountability group. The main thing we're judging is his honesty. If it feels like he's still covering up and minimizing and lying, he's not in the right place to get back in the community.

I've heard the phrase “relapse is part of recovery,” but it doesn't have to be part of recovery. The trick is, when somebody does relapse, we want to maximize the opportunity to address the issues that it brings to the surface. We'll take a bad situation and bring good out of it if the person is workable and teachable, but we surely never condone relapse and we don't treat it lightly.

How does relapse and recovery apply to those outside of UGM recovery program?

We all have relapses. So, how do we treat ourselves when we relapse, and how would we like to be treated. Wouldn't it be nice if somebody could come alongside us and say, I'm not denying you relapsed, yes, you did relapse, but that does not define you, you are not a mistake. You are a valuable human being. Let's take a look at what's going on around that relapse. I think we'd like to be treated like that.

To learn more about addiction from John, download our Counselor's Couch video.