Forgiving Yourself as Part of Recovery

The messages of shame are anti-Gospel.

“I pray that you, being rooted and established in love, may have power, together with all the Lord’s holy people, to grasp how wide and long and high and deep is the love of Christ, and to know this love that surpasses knowledge—that you may be filled to the measure of all the fullness of God”– Ephesians 3:17-19.

Adam White was caught in a cycle of shame and addiction that lasted nearly 20 years. 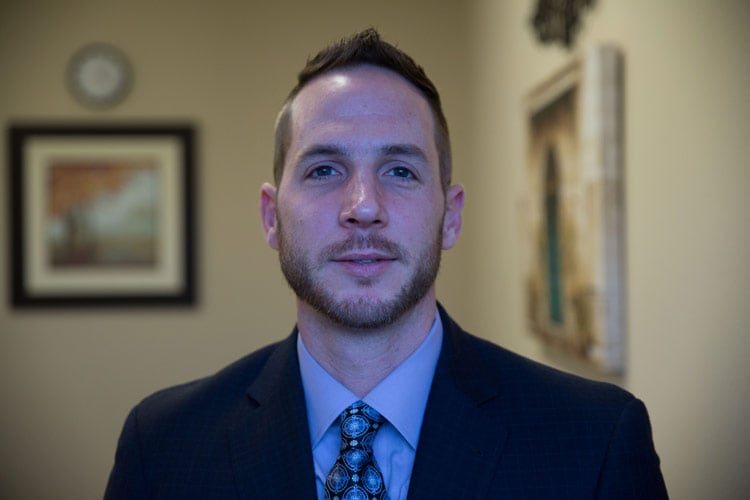 After his parents divorced when he was eight, his younger twin brothers seemed to get all the attention, and Adam resented them for it. “I basically spent most of my life taking out my anger and frustration on my brothers…I beat the crap out of them on a daily basis. I almost blinded one of them. I caused the other one to crash into a tree and almost break his neck…I mean, I just made their lives [miserable]. The fact that they even talk to me now is amazing because I don’t know if I would talk to me if I was them.”

Adam knew his treatment of his brothers was wrong. “By the time I got to an age where I could drink or use, I had already started to feel a lot of shame and guilt about that, so I think that was the beginning of the pattern.”

We want to make an important distinction before we continue. Guilt plays an important role in our lives. The Holy Spirit uses it to convict us of sin and bring us to a place where we stop and change our behavior. The proper role of guilt is to bring about confession and repentance.

Guilt says, What you’ve done or are doing is wrong. Humble yourself before God, before the person you’ve wronged, ask forgiveness and then “go and sin no more.”

Shame and addiction are good friends because addiction promises to cover up the horrible thoughts and feelings that shame keeps pushing forward.

Adam fell into a pattern from an early age of using drugs and alcohol to cover up his shame. Then, while in the Marines, he hurt his back during a training jump and was prescribed pain pills. After the prescription ran out, Adam still needed the pills, so he started doing whatever it took to get more.

It was a vicious cycle, “which led me to that day, March 19, 2016, when I was out of money, I had nobody else to rip off, I had no food, nothing. I was basically just sitting in this hut down by the river, and that’s when I said, OK, you know, I’m just going to end it. I said, God, if you’ve got a reason for me not to end this, you know, now would be a good time.”

Adam said he felt the urge to go for a walk, and before he knew it, he ended up at UGM, talking to staffer Dan McLellan about joining the recovery program.

Adam is a smart guy, well spoken. He has a degree in information technology and has never had much trouble finding a job. Other men in the program teased him about being the best-dressed guy at UGM. He’s not someone you would pick out of a crowd as an addict or homeless, and yet, before coming to UGM, his life was in shambles.

Forgiving himself was the hardest part of recovery for Adam.

“Anybody who ever tried to be nice to me, I took advantage of, I stole from, I lied to. And it had gotten to the point where I couldn’t use enough to get away from it.”

How do you forgive yourself for that?

“Everybody kept telling me, ‘God has forgiven you, you need to forgive yourself.’ And I would say, ‘But how do you do that?’”

Adam and his counselor went back and forth over this one issue for months, with much of the conversation revolving around faith and trust.

“I just finally said, OK, I’ll trust you on this and trust God and trust that God forgives me.”

At the same time, Adam began opening up about his past with his program brothers.

“You know, it wasn’t until I was able to get into a healing environment like this where it’s OK to share stuff and not be looked down at…

“That’s one of the things that Jerry [Director of Men’s Recovery] pushes us on really hard. You’ve got to, he called it, ‘You’ve got to pop the manhole cover and let it all out.’ 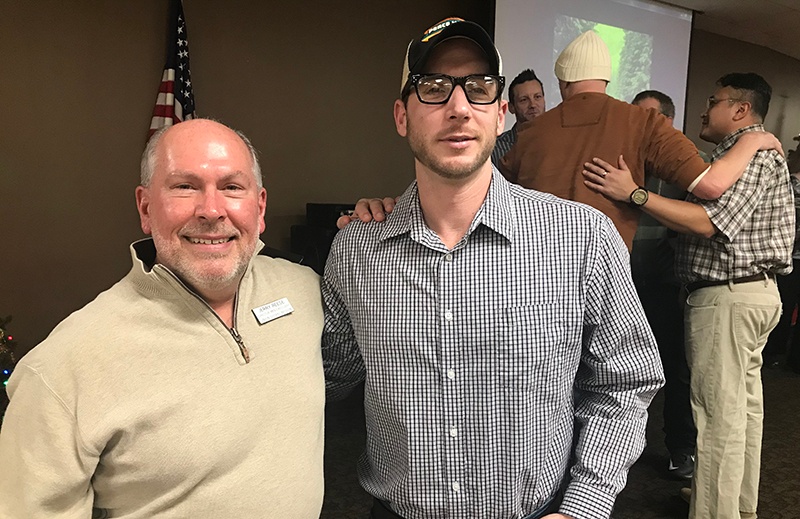 “When you start to tell, when you have no more secrets, then there’s nothing to hide. And when you don’t have anything to hide, then it really doesn’t control you anymore.”

Adam wasn’t only confessing to other men, he was confessing to God, and I John 1:9 says, “If we confess our sins, he is faithful and just and will forgive us our sins and purify us from all unrighteousness.”

Adam has finished the program and moved back to Louisiana to be near his family. For the first time, he is experiencing what it’s like to live free from shame.

“I don’t hate myself anymore. I hated myself for the longest time.”

Adam had to focus on who God sees in him to change how he saw himself. From "worthless" to "beloved." From "sinful" to "forgiven." Download our free printable bookmarks to remind yourself of who God sees in you.

Lose the Label: Ashamed
When You Can't Undo What You've Done