“It was hard for me to stay here because I didn't really like staying indoors … What made me really stay here was the fellowship with the people and how everybody cares for everybody.” – Charlie Guthrie, UGM LIFE Recovery Program graduate

“Do not be misled: ‘Bad company corrupts good character.’” – I Corinthians 15:33

If you met Charlie Guthrie today, you’d meet a likable guy you want to be friends with. 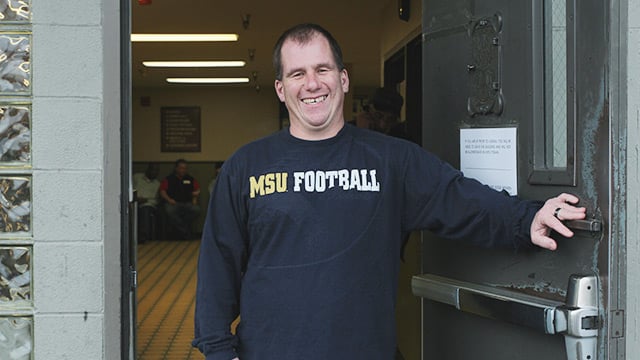 But he’d be the first to tell you that hasn’t always been the case. For most of his adult life, his drug and alcohol addiction destroyed his relationships. The people he hung out with got him into heavy drinking and drugs, and those relationships only fed those habits: “Sick people just being sick people,” he describes it.

But relationships are also what made Charlie’s recovery possible. After two decades of addiction, job instability and one short-lived attempt at sobriety, he found himself living in his truck outside a fellow drug user’s house. Having burned bridges of trust with family, friends and girlfriends, he decided change was no longer optional. His mom and sister, who never completely lost touch even during his wanderings, found UGM’s program and dropped him off at the Men’s Shelter.

At first, even though he knew he needed recovery, Charlie had to fight off frequent impulses to run away from the hard work and the confined feeling of staying in one place after his transient habits. Then his mom told him she prayed that he would have a dream: “something to scare you or to give you courage to stay,” he recalls.

A couple nights later, he woke in a cold sweat from a vivid dream that he died of a drug overdose. The dream forced him to face the truth: “I knew if I went back out to my old lifestyle, I wouldn't be coming back.”

That was only the beginning. Every time Charlie found himself in danger of slipping, someone came along to nudge him forward. His counselor urged him to answer hard questions instead of avoiding them. His classmates in recovery demanded more input from him in class discussions. His UGM peers helped him overcome the fear of speaking in front of people that he’d held since he was cruelly teased in elementary school. His VocEd tutor loaned him her car so he could take the test to get his driver’s license.

Now that Charlie is finishing up the LIFE Recovery program at UGM, he knows it’s only the beginning of a new life of accountability: “The most important thing to staying in recovery is the people you hang out with. If you don't want change, you're going to go back to the old people. But if you want change, you're going to find healthy people that believe in the same thing you believe in.” 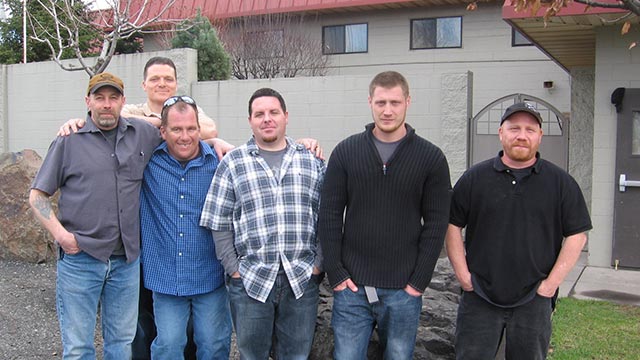 So as he looks for a job and transitions out of UGM into his own place, Charlie has a plan:

Charlie’s got a team of caring people watching out for him and ready to help when he’s tempted to go back to his old ways.

You can join the team by praying for Charlie as he embarks on his new life as a God-dependent, contributing member of society!

“Let us consider how to stimulate one another to love and good deeds, not forsaking our own assembling together, as is the habit of some, but encouraging one another.” – Hebrews 10:24-25

Read more encouraging stories like Charlie's by clicking below to get our newsletter.