“The drug was my god. It consumed my mind, nothing else mattered.”

Jeff LeBlanc was heavy into meth for many years, self-described as “the tweaker of tweakers.”

Jeff had been abused throughout his life. To avoid feeling pain, he used meth which increasingly escalated into stealing, selling drugs, and eventually, an altercation with several citizens in which he lunged at them with a knife after stealing a bottle of alcohol from a store.

“I got about halfway away, and I just thought, I’m done. I can’t do this anymore. And I sat down and waited for the cops to come.” 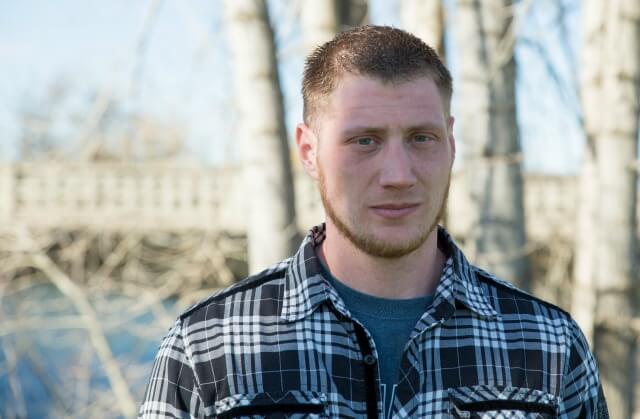 Jeff was facing charges of first degree robbery and second degree assault with a deadly weapon.

Oddly enough, despite circumstances, he says, “While I was in jail coming down, I just got this thirst for the Bible. I started reading it, and I had this crazy moment where God gave me a choice.”

God showed Jeff the path he had been on only leads to death. His choice was between continuing down that path, or “you give everything up and follow Me.”

There in jail, Jeff gave his life to God. And by God’s grace, an error in the police report allowed him to plea out after six months.

“I got out. I was a new creation, but I didn’t deal with anything in my past, so I was very bitter and angry. I realized I was at the exact same spot as when I went in.”

Jeff was familiar with UGM and decided to enter LIFE Recovery.

“When I got into the [LIFE Recovery] program, I was a mess. I was a wreck. I was mean, I was screaming at counselors. I deserved to get kicked out of here, and all they did was show me love. They saw right through all that and saw all the hurt and pain that was in me. They gave me something I couldn’t give myself.”

From recovery to relationships to emotional healing, Christ has remained central to Jeff’s journey.

“Being a Christian’s really exciting…The trials and everything else you face, you’re not alone. I’ve been alone for so many years, not thinking there was anybody there, and I had to fend for myself. Now, I don’t have to do that.”

Not only is Jeff facing trials with Christ by his side, now he has a community of people to encourage him in recovery, as well.

“In the past, everybody was out to get me. I didn’t let anybody get close to me. I didn’t even get close to myself. I did everything I could to stay out of my own head. And through the program and the people here, I’ve done a 180 in my relationships. I have friends, and I tell people I love them. We look out for each other, we’re brothers in Christ. 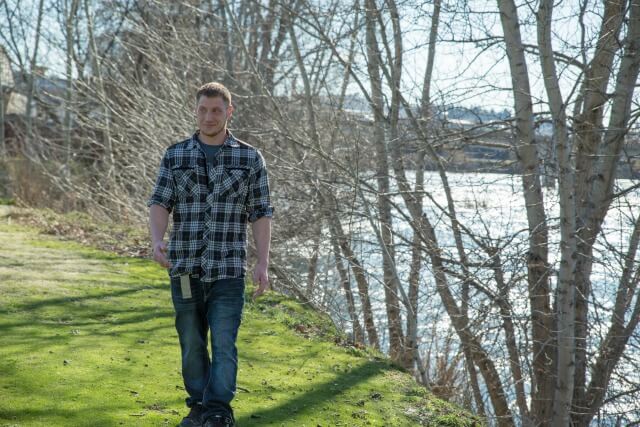 “You can’t just ride the ride alone. You have to have a support group. Without a support group, you’re just going to give in to your own thoughts and fall back into the mess you were in. God speaks through people. You got to hold each other accountable.”

With Christ and with brothers walking alongside him, Jeff has been able to confront the underlying issues beneath his addiction.

“The truth is the most terrifying thing I’ve ever experienced. But now that I’m starting to deal with it, and I’ve pressed into a lot of my shame and guilt, I’ve experienced joy and peace and happiness.

“I have worth and value and I’ve never experienced that before.”

Remind yourself of your value in God's eyes using these bookmarks.