Jessie flew into a lot of rages. “I was violent. My anger was horrendous and always has been for as long as I can remember… I became an oppressor, a tyrant, a destroyer, because those personalities were the only things that allowed me to survive.” 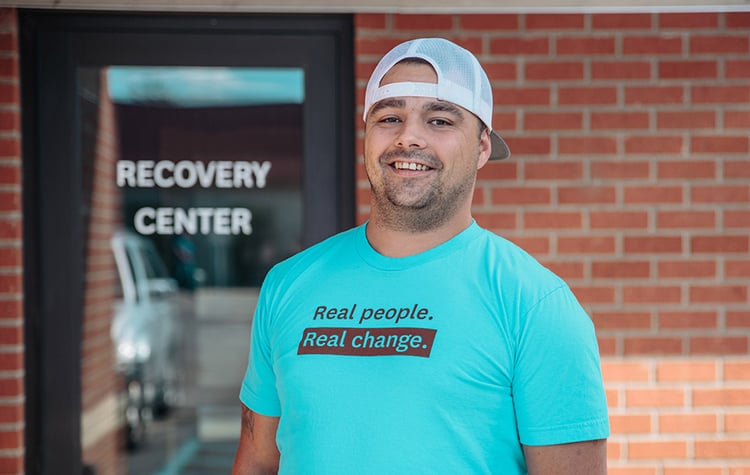 Jessie also drank a lot. He described the period of his life just before coming to UGM: “I can’t even sit on the bus for the hour that it takes for me to go from where I worked to home without being in my head so fast that I’ve got to get off the bus and grab something to drink. It just became something that I couldn’t control…I would be on the bus and then all of a sudden, I would have alcohol in my hand, and I’m going, ‘Well, whatever, here I am again.’”

Jessie’s girlfriend came home to find him passed out drunk on the couch for the last time. She told him he had to go. “I threw this huge tantrum, broke the TV, ripped one of the cupboard doors off the wall…I’m literally stamping my feet in the living room, mainly because I’m terrified, because I’m like, ‘I just did it again,’ but also because I don’t know what else to do. His girlfriend called the police. Jessie went to jail, and when he got out, his girlfriend had obtained a protection order. Jessie had to leave.

With nowhere else to go, he came to UGM – a place full of the very “freeloaders” he hated.

But, then, Jessie hated a lot of people – anyone who stood in the way of his goals, anyone who questioned or doubted him, anyone who said they loved him because he thought they were lying.

Where the Hatred Began

“What I didn’t get was love, attention or affection.”

Jessie grew up in a broken home. His dad was gone. His mom struggled with addiction and unhealthy relationships. “My mom was too busy trying to feed her own needs and get her own needs met, so when she had a man in her life, I took a backseat…I became a father to my little sister, and it was bouncing from drug house to drug house.” Almost as an aside, Jessie mentioned that somewhere in the midst of his childhood, he was molested.

At 16, he ran away from home and launched his plan to live a totally different life than the one he had grown up with. “Most of the time you try your hardest to not become what you didn’t have, but…what evidently happens is the wounds are still created to be the same.”

Jessie’s early years on his own were rough. “I had my mom sign drop-out paperwork, and I gave my sister a hug and took off. I fell into drugs and depression for about two and a half years, got into meth, selling, cooking and stuff… I ended up homeless.”

When he got back on his feet, Jessie thought he had it figured out. “I was a pretty successful diesel mechanic…I just tried to live my own life and looked for mentors… and I learned how to work.” He got married. He even started going to church. 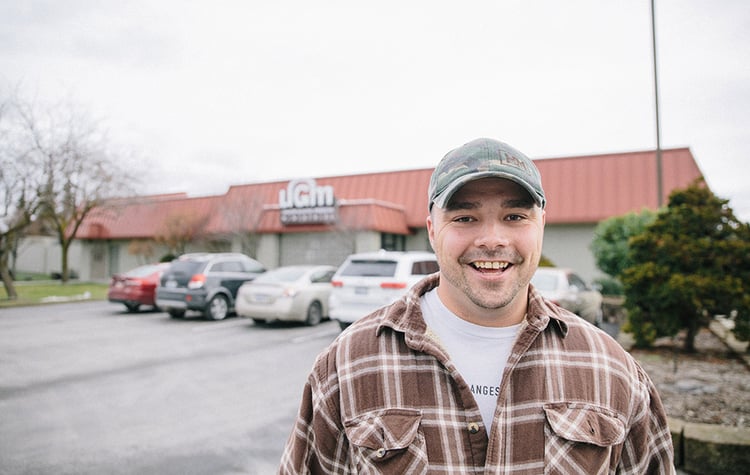 At that point, Jessie thought perhaps he had overcome his past. “I’m sober for the first time in my life. Things are moving forward. I’ve got a job. My wife’s pregnant. We’re working things out.”

And then his nine-day-old son died. “I cursed God at that point. It was like, you know, the one thing that I always wanted in my life was a family. And I’m achieving that…and then that happened. I picked up a bottle of pills and a can of booze, and…my heart just kind of shut off. I was like, ‘I’m just not meant to love. I’m not meant to have that in my life. I’m meant to progress and produce and that’s it.’"

The Generational Cycle of Neglect, Abuse and Addiction

Jessie knew how to work, but he did not know how to live.

“I’ve got two kids who are in Chicago, and I’ve got another son here and lots of broken hearts, my own included, because I didn’t know how to love people.” He didn’t know how to open up, how to ask for help, how to let people in. “I had to look out for myself. I had to protect me, you know? And that lead to a lot of loneliness.”

When at 31, Jessie arrived at UGM, he had become everything he hated. He was homeless. He had abandoned his children. He didn’t have a job or a car or anything material to define him.

His plan initially was to stay for a bit, get on his feet, get a place and get back to work, but then he realized, “I’ve got to do something different. I just left another child without a father. I just destroyed another heart. I can’t continue to live like this. I don’t have the energy to pick up the pieces of my life again just to have them destroyed by my own doing.”

His next plan was to use the Bible like a rule book – a new moral standard – but he ran into a big roadblock with that plan.

“There’s a portion in the Bible where it says to love the Lord your God with all your heart and all your mind and all your soul and to love your neighbor as yourself. The one thing that I don’t have any clue how to do is the biggest commandment in the Bible.

“This is one of the most difficult things I have to deal with every day. I’m loved. I am perfectly and wonderfully made…I still don’t understand it.”

“This new God that I have in my life is beyond anything that I could ever imagine."

Jessie described being at Commencement last year and looking around and trying to conceive how it was possible for all of these people – staff, donors, volunteers – to care about absolute strangers. “For a wretch like me? Why?”

Grace has been a difficult concept for Jessie to grasp. It runs counter to everything he believed for so long. “When I first got here, it was a huge bump that I had in my walk with Christ. It was like, I’m going to church. I’m doing all the volunteer work, I’m talking to all these people, I’m being nice, I’m smiling, I’m shaking hands…but why does this still suck? Why is there still pain?...I’m standing there going, Look at what I’m doing. Why are you not fixing me? That’s not how it works. I was trying to use God like a spiritual vending machine. With my relationship with God, there’s no list for me to accomplish.”

Jessie also emphasized the importance of learning to sit with pain and not expecting the gospel to be a quick fix.

“I don’t know why sometimes it doesn’t work out the way I want it to work out. I don’t know why the healing doesn’t come instantly when I pray. I mean there’s things that I’m going through right now that I don’t see an end to it at times. But there’s stories all over the Bible of men wandering in the wilderness for 40 years, a man promised to be king of an entire nation [and then] told to go watch sheep.” 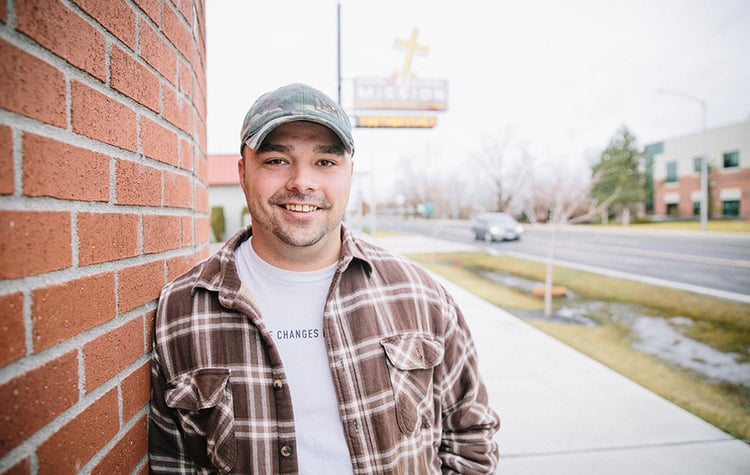 Jessie said there’s an awful lot that still doesn’t make sense, but he’s holding onto this: “This new God that I have in my life is beyond anything that I could ever imagine…He’s my friend. He is the father that I never had… And now, with God in my life, I get to experience patience and grace and love and kindness, and that’s building me into this man that I didn’t even know was possible for me to be. This new man that, deep down, I think I always wanted to be but didn’t know how.”

Jessie's life is evidence that Change Is Possible. Click on the free e-book below to read more.