On the Edge of Homelessness

While working on the October issue of Mission News, I visited Fresh Start, a drop-in center for the homeless in Coeur d’Alene. Almost immediately, I noticed a woman in a red dress weaving in and out of the crowd. Like a hostess to the homeless, she smiled and said hello to everyone. She checked to make sure Pat saw the doctor at the Heritage mobile health clinic, asked about Avina’s housing situation, comforted a woman who was crying, put her arm around a newcomer who looked lost, and handed out coffee. 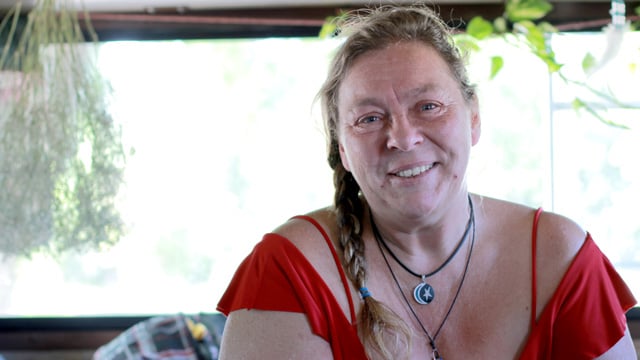 When I asked if we could talk, Sheila warmly invited me into her motor home parked on the street outside the center. Every inch of the small space conveyed Sheila's warmth - including the window box of herbs at the end of her bed.

Before receiving the camper as a gift, Sheila lived in a makeshift shelter in the woods for two years. "I had tarps wrapped around trees and a tarp cover. I used a makeshift stove made from the metal rim of a wheel. I cooked on that, but I could also keep warm by it. I kept coffee going all day long." She told me how to use sap to start a fire. "No matter how wet your wood is, if you light some sap on fire, it's gonna light your wood on fire. I still collect sap. I still cook outside. I like the flavor of the food. I've gotten quite attached to it."

Sheila also explained how she would heat rocks in her huge dutch oven and shove them into the bed to get it warm before she crawled in.

Sheila said she had been diagnosed with several mental disorders including PTSD. She also had an addiction at one time - spurred largely by a desire to lose weight for the man with whom she was in a relationship - but she is clean and sober now and has been for some time.

"A lot of people still consider me homeless, but I feel like I get to take my home with me wherever I go. I'm very fortunate." Her gratitude for the small space was palpable.

“It’s really hard to sleep out there in the cold on the hard ground, and then you have to pack everything you have with you at all times because if you don’t somebody’s going to take it. It gets very heavy. It’s a heavy load to live out there, and it’s not easy to get back into society because you have to have a down payment, you have to have this, you have to have that, so many things that you can’t have when you’re homeless.

"It's very difficult. It's a hard life. When you're out there alone and you have no roof over your head and you have nowhere to go during the day, nowhere to go at night, you have to choose a place to go each and every hour of the day, it's hard. It's hard on people. And a lot of people don't realize the things that are going through your mind when you're out there. Fresh Start probably saves a lot of lives."

"People don't realize the things that are going through your mind when you're out there."

Sheila’s situation is still precarious. She must choose whether to use propane to run her refrigerator and cook or take hot showers. Her budget has no margins; a mechanical problem with the motor home could land her back on the street. However, she was much more concerned about the welfare of others worse off than she - like Pat, a long-time alcoholic who has diabetes, seizures and numerous other health issues. 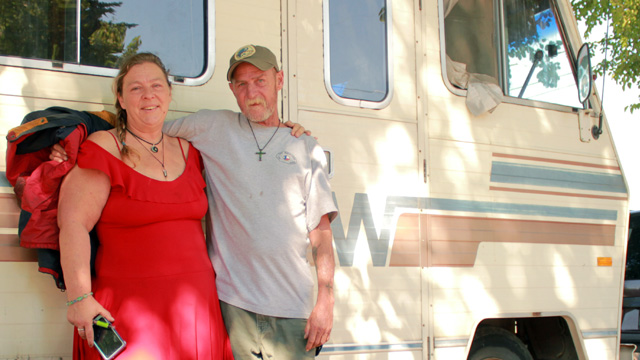 “If I worry and care about others, I don’t think about myself…I raised four children on my own. I didn’t really freak out until I had nobody to care for. When I finally had nobody to care for, I went downhill really quick. I’ve tried a few things that I’m not very proud of, but it helps me to survive to take care of others."

When I asked her why anyone should care about the homeless, she replied sadly, "Most people don't. Society has taught us not to pay attention."

A little later, however, she chased me down to offer a different answer:

“There’s not enough love in the world. They just need love.”

*Precariously housed" refers to those who are on the verge of homelessness - jail inmates, those who are "couch surfing" or "doubled up" with family and friends, people living in motels and other locations not intended for permanent residence, and hospital inpatients without a home to go to when released.

Want to take the next step in helping homeless individuals? Click on the link below to download our e-book of all the unique ways to help through UGM.

More on how to help the homeless: