A year ago, you may have seen a beautiful, bright red-haired woman named Rachel on some of UGM’s billboards, with the word "Addict" crossed out. You may have even seen her billboard recently.

Rachel went through Women’s Recovery at Anna Ogden Hall and graduated this past June.

(You can see her graduation video here.) We recently caught up with her to hear how her life has changed since first being featured on our billboards. 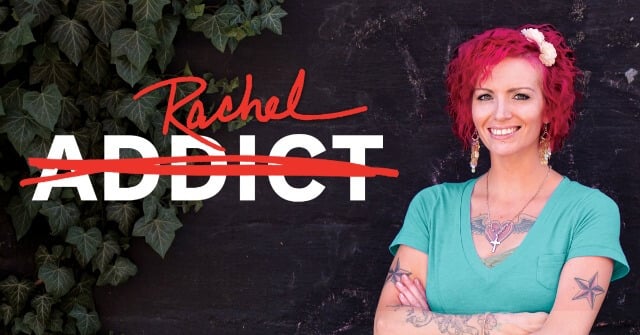 Rachel is down-to-earth, honest, and funny. And having interviewed her several times over the past couple years, we’ve enjoyed seeing her heal and step increasingly into who God has created her to be – though it hasn’t been easy, and she has encountered plenty of hurdles along the way.

Last December, she discussed how her recovery was repairing her relationship with her family.

Restoration, however, was bittersweet. Soon after reuniting with her family, they discovered her father’s cancer had returned, and at the end of 2015, her father passed away.

Despite the loss, Rachel expressed gratitude in being able to be with her dad during his last days.

Before he passed, she said, “[I asked] for forgiveness for all the bad things that I had done to the family or to him. He said, ‘You’re already forgiven.’ We both don’t have any regrets between us. We’ve talked about what we needed to talk about, and so I can just love him when I’m with him.” 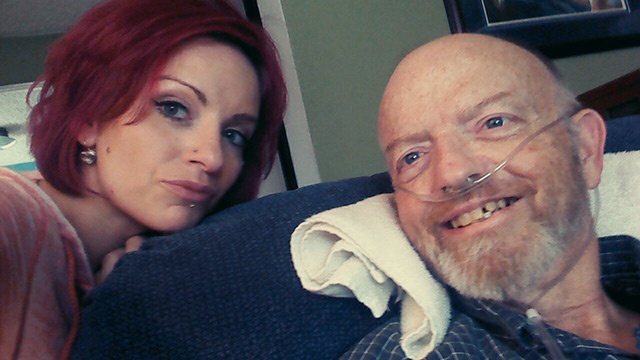 Still, the loss added greater difficulty to her recovery program.

“It’s been a really rough year, just trying to press through grief and finish program was probably the hardest thing I’ve ever done in my life. I miss him every day. I want him involved in my life.

“But, I did press through.” 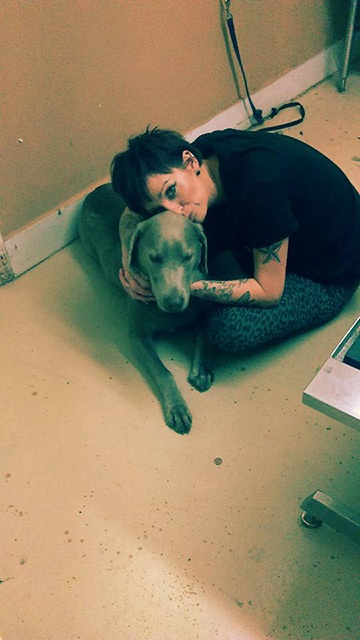 Rachel completed recovery and even found full-time employment, moved out, and graduated early. After her business practicum at Paradise Pet Resort, she was hired on, and she quickly worked her way up, beginning with administrative and kennel work, then becoming one of two trained groomers – a position she loves.

She also lived with her mom for some time, before moving into her own apartment, allowing further healing in their relationship and making a slightly smoother transition back into society.

Though she was excited for more independence, she expressed, “It was scary – well, it’s still scary. The world hasn’t changed, just I have. There are still crappy people and awful things that happen. At least, I know how to deal with it now.”

Amidst the grief and the change and recovery, Rachel also fell in love with someone walking a similar journey to hers – Jeff LeBlanc, a participant in Men’s Recovery.

Jeff started out as a supportive friend. “He’s actually one of the things that helped me get through my grief and continue going through program…because I was kind of losing hope at that point. I was kind of lost in feelings and didn’t know what to do. He really encouraged me to go forward.”

As they each finished their recovery programs, they realized there was more to their relationship.

Coming into UGM, Rachel struggled with relationship addiction, as did Jeff. So, they didn’t want to jeopardize their recovery in any way and wanted their counselors involved from the outset.

“Now that I have an identity in Christ, that gets me away from a codependent relationship, which before, that’s all mine were. They weren’t really love, they were just codependency that I thought was love.”

She added, “[Jeff and I] always felt God was with us in the relationship. I mean, I’m not perfect, we’re not perfect, it’s not going to be perfect. But I think the difference is we’re willing to stick together and press through issues and go from there.”

No doubt the past year presented difficulties, but despite the pain, Rachel is looking forward to the future.

“Every day gets better with my dad and the grief. My mom and I are a lot closer. I’m excited to continue having a relationship with my family, it’s completely different now. We’re able to joke around and stuff, and there’s not that barrier of drugs or alcohol.”

She’s also looking forward to continuing in her job and to spending her life with her now fiancé, Jeff!

“Just being able to be in a committed relationship with someone who knows my flaws but still loves me for who I am, that’s never happened.”

To stay up to date with more UGM residents and alumni, sign up to receive our newsletter.