Sharing Stories of Helping the Homeless

“You work at the Union Gospel Mission? Do you know Dave Wall?” 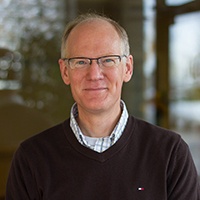 I can’t count how many times I’ve heard this. Everybody knows Dave, and Dave knows everybody. As community engagement director, Dave is that warm, genuine, smiling person who introduces new people to what UGM is all about and invites them to take part. He knows this place inside and out, having been at UGM longer than most of our buildings.

Most importantly, Dave knows the people God has placed here, and he cares for them deeply. Almost three decades of relationship-building at UGM has made Dave the man with countless amazing stories. He recently wrote this one down.

The upside of down

Shortly after I began working for the Union Gospel Mission I noticed a classic “homeless guy” sitting in our dayroom, disheveled and alone. George was a regular at the Mission but stayed to himself.  His unkempt appearance kept most people at a distance.

The change started with a chore. A staff member gave George a Windex bottle and some paper towels and asked him to clean some windows. George did a great job – not a streak to be seen. Later he was asked to help scrape trays in the dining room. He never missed a shift.

George’s appearance began to change. He got a haircut. He found a nice dress shirt from our clothing room. A smile emerged as he got promoted to resident Dining Room Manager.  Soon George was finding ways to make things more efficient.

George was no longer isolated. He laughed, told jokes, and wore a striped ’70s-era tie to “work.” His days at UGM had direction and meaning.  He was part of something bigger than his problems.

One day my conversation with George went a little deeper. He told me about growing up in Brooklyn, his life as a merchant marine and then as a tanker driver for Sun Oil Company. He was married, but when that ended he started drinking. George lost his job of 15 years and began to wander, ending up in Spokane penniless and hopeless.

I asked George about getting on Social Security. He said he wasn’t interested: people who got on Social Security died. How about a Sun Oil Company pension? George wasn’t sure how to go about that. I checked on both: Sure enough, George was eligible for benefits, plus back pay. George got a lump sum of nearly $26,000!

George couldn’t believe it. You would have thought he’d won the lottery. He could dream again! His dream was to see Alaska and the national parks. He made plans to leave UGM in his newly purchased station wagon and travel trailer. 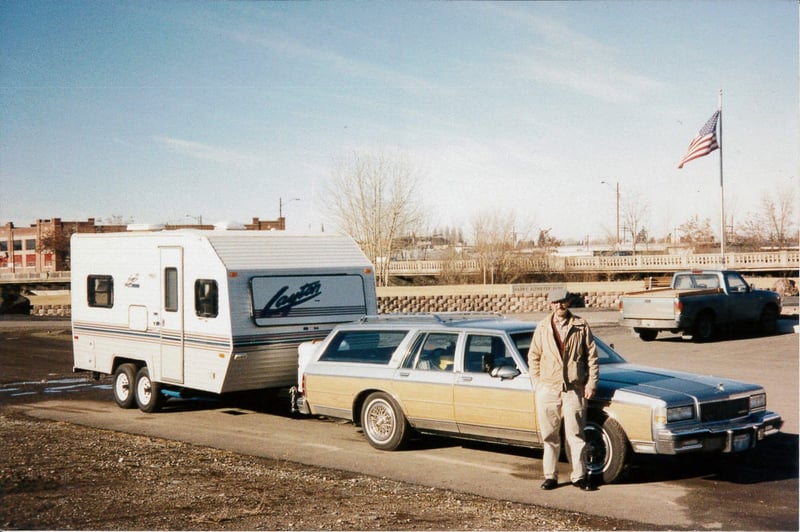 Before he left, I felt compelled to ask George if he knew where he’d spend eternity. George said he figured God would take care of that someday when he died.  My heart began to sink: After all these months at UGM, George wasn’t sure about his spiritual life. I shared the gospel with him as clearly as I could. To my surprise, George wanted to pray with me. Right there, George committed his life to Christ. 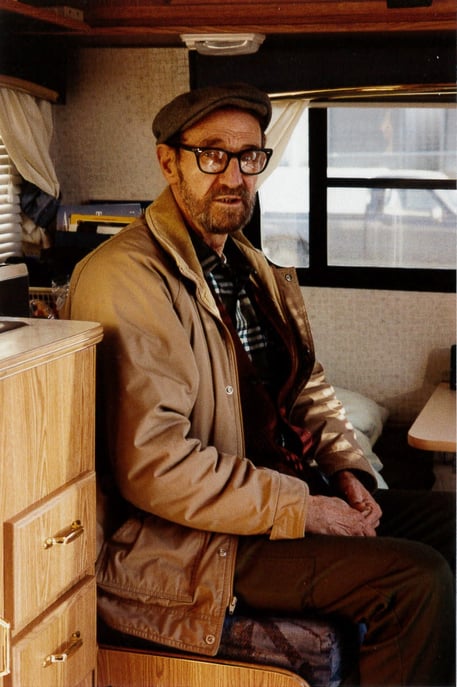 When George left, I didn’t know if I’d ever see him again, but I did. He returned to Spokane with hundreds of photos from his travels. George even framed and matted enlargements for my office. As I hung the pictures up I felt like I was looking through the lens of George’s reclaimed life. It was then that I began to see the Mission as the worst and the best place in Spokane, Washington. Here, broken lives are redeemed and hope is restored.

Several months after George returned, he had a stroke, and he died a few weeks later. In his will, George gave the Mission his station wagon, travel trailer, photos, and $5,000 – everything this “rich man” owned.

UGM is still in the business of giving people like George hope for better than mere survival on the streets. You can start that journey for someone by giving them a safe place to spend the night.