Stay with the Shepherd 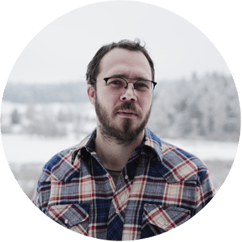 UGM Resident Advisor Shane Morgan shared this message in chapel at our Men's Shelter this month. In reflection on the birth of Christ, Shane's childhood experience raising animals encourages us to stay with the flock and trust our Good Shepherd.

When I was in middle school, I remember walking with my mom up on the back of our property. We saw something moving on the hillside and found a calf stuck with its leg wedged between a couple large rocks, so Mom told me to stay with the calf while she walked back to get Dad’s help. I waited until after dark, keeping warm next to the animal while coyotes yipped close by in the gully.

“Be sober-minded; be watchful. Your adversary the devil prowls around like a roaring lion, seeking someone to devour.” (1 Peter 5:8)

Finally, Dad showed up with a shovel and tarp. We dug until we freed the weak calf then laid it on the tarp, dragging it down to our small farm. The following morning we called its owner, who later showed up to retrieve the cow and offered Dad $5 for the trouble. The likelihood of the owner nursing this calf  back to full health was low. To him, this was a nuisance. We knew the calf was probably too weak to matter among the hundreds of other cattle this man owned and would likely die if it didn't receive special attention. If the calf was ours, we would have nursed it back to health with goats' milk and whatever resources were available. The calf’s life depended greatly on whom it belonged to.

We are vulnerable like that calf. And it matters to whom we belong. 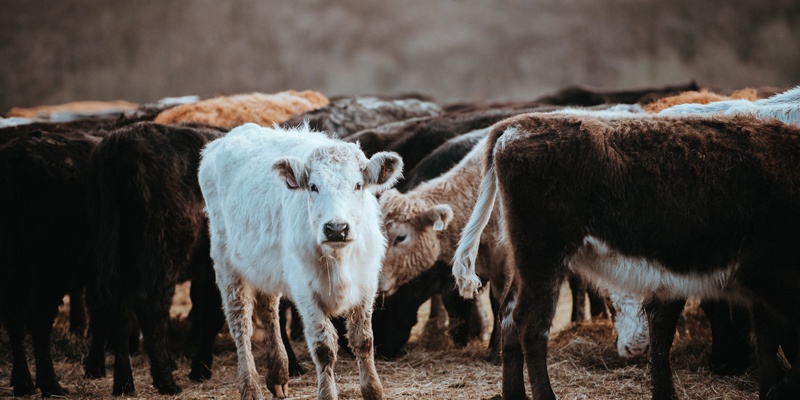 Whom do you belong to?

Seriously, use this moment to be real with yourself. What or whom do you really belong to?

Yourself? Alcohol or drugs?  No one? God?

When I was much younger, my dad was a shepherd for a local rancher’s band of sheep. He would keep especially close watch during lambing season, staying with the sheep in the elements. His job was to protect – from predators, from suffocation (clearing mucus from the lambs after birth), from abandonment when the mothers occasionally disowned the lambs.

On our own small farm, I would often help him catch sheep for shearing or if one of them needed special attention. In a larger operation, that's what a shepherd's crook is for.  The hook at the end is for hooking the sheep around the neck so you can catch it.

Sheep are skittish and stupid. They don’t want to be caught even by their own shepherd who wants to tend to their needs. Their first reaction is fear. But once the sheep is turned over onto its rump, it becomes calm and submissive. The fear of a shepherd is not the same as the fear of a predator.

What do you fear?

I wonder if we’re similar to those sheep in our reaction to God. He may be hooking us by the neck and pulling us toward him to set us down while we’re squirming in fear of what’s next.

But fearing the LORD is not like fearing anything else. This fear comes in the knowledge of who He is. This fear is often blurred by messages of God's intimacy with us. But let us not forget that he is our Creator – the Creator of all things. Our King who knows what is best for us. The fear of the LORD brings reverence, peace, and hope. The fear of anything else...well...is doubt. Perfect love casts out all of that fear (1 John 4:18).

He then goes on saying,

“What do you think? If a man has a hundred sheep, and one of them has gone astray, does he not leave the ninety-nine on the mountains and go in search of the one that went astray? And if he finds it, truly, I say to you, he rejoices over it more than over the ninety-nine that never went astray. So it is not the will of my Father who is in heaven that one of these little ones should perish.”

Most sermons I’ve heard on this passage focus on God’s love for the lost sheep. But based on my experience with tending sheep, something else stands out to me in this passage: “And if he finds it.” You see, every time a lamb would go missing from the flock, my father and I would go out searching. But every time we would only find a blood trail and tufts of wool. Why does the shepherd in the parable rejoice? He rejoices because it’s unusual to find the lost sheep. There's little chance of survival for a lost sheep in the wild. 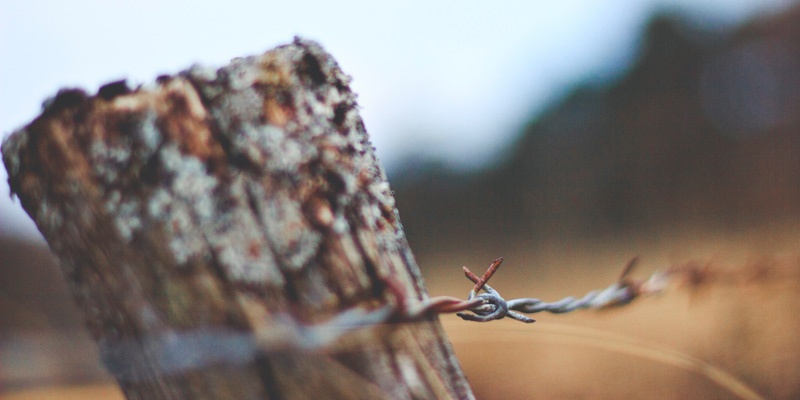 “All we like sheep have gone astray;
we have turned—every one—to his own way;
and the Lord has laid on him
the iniquity of us all.” (Isaiah 53:6)

This is the truth. We have all gone astray like that lost sheep. This verse from Isaiah not only shows how we are prone to wander but is a prophecy of the purpose of Christ's life and death. If we go astray, there is no guarantee that we will find our way back. We should fear our own tendency to wander and seek out other masters. We should be aware that there is an enemy who seeks to devour us. Stay with the flock and keep your eyes on the Shepherd. Fear the Lord. He protects, he tends to his sheep and he keeps his promises. We celebrate the birth and life of Christ as the shepherd who came to seek after his sheep.

The free, one-week devotional below offers further meditation in preparation for Christmas. Download your copy by clicking on the box below.