The Foolish and Weak 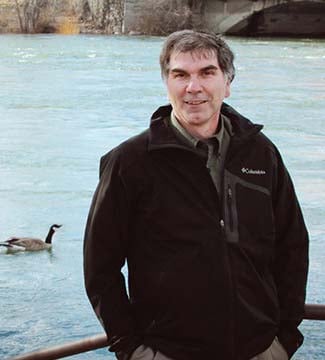 Think back for a moment to your grade school playground. Do you remember standing awkwardly as teams were chosen, hoping you wouldn’t be the last one picked? Or perhaps you were one of the team captains who did the picking. Who were you looking for? The fastest runner? The highest jumper? Or maybe the all-around toughest kid?

When it’s our job to pick a team, we want the best and the brightest. That’s the recipe for success. Who would pay to watch a pro-team made up of has-beens, injured players and losers?

When I first graduated from college and started in ministry, my mindset had a little of the best-and-brightest bent about it. I bought into a philosophy that said, if we take the gospel to the movers and shakers, the future leaders of our country, they will influence everybody else. Sounds like a solid business plan, right? Win the leaders, win the world.

The problem is, that’s not the plan laid out in Scripture. When Jesus quotes the prophet Isaiah, he says, “The Spirit of the Lord is on me, because he has anointed me to preach good news to the poor. He has sent me to proclaim freedom for the prisoners and recovery of sight for the blind, to release the oppressed, to proclaim the year of the Lord’s favor.”

The poor, the prisoner, the blind, the oppressed – not really your average all-star lineup.

God’s ways are not our ways. Survival of the fittest is not His design. We are not in competition with each other to win His favor, and He doesn’t always work from the top down.

It’s not that God can’t use educated people, leaders, politicians and successful businessmen. He can and does. It’s that none of that matters. Our success doesn’t matter. We do not – cannot – impress God. He knows who we truly are – poor, broken, sinful and desperately in need of a Savior.

Remember when Jesus engaged in conversation with the woman at the well? She had been married five times and was living with a man to whom she wasn’t married. She came to the well in the heat of the day so as not to encounter those who would judge her. Instead, she met Jesus, who told her “everything she ever did.” And when she shared her testimony with the townspeople, John says, “Many people believed.”

We tend to look to government officials, Fortune 500 companies and CEOs of major human service organizations to change the world. But our ways are not God’s ways. He might just use a homeless person.

Thank you for sharing God’s heart for the poor.