Light for the Path 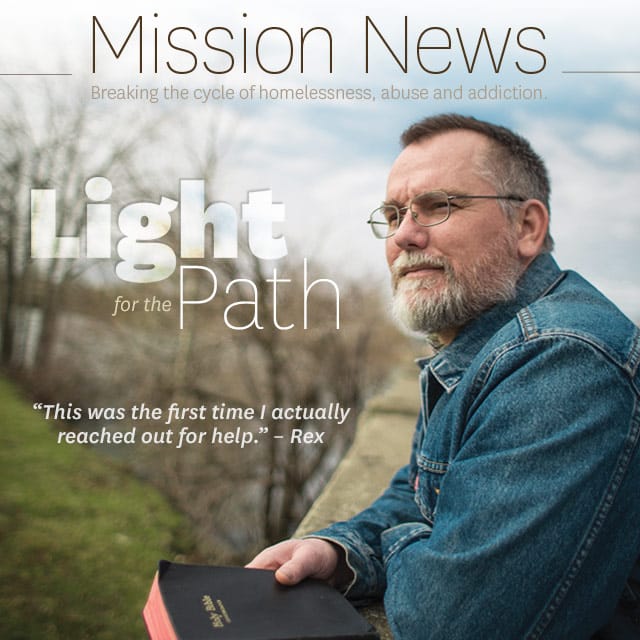 God’s Word in the Bible, and the wonderful hope of salvation it describes, is a cornerstone of the Union Gospel Mission. It is the lamp of truth by which we can see where we’re going.

For our guests, as for anyone else who decides to follow Jesus, the journey of faith is not generally smooth, comfortable, sunny, straight and obvious. We need a trustworthy lamp in order to navigate it safely.

Recovery residents Rex and Heather both came to faith in Jesus before coming to UGM. But neither of them could handle the problems in their lives, external and internal, without the ongoing help of God’s Word and His people. That’s why He brought them, even against their inclination, to UGM.

Rex was spending 6 ½ years in prison, a consequence of the violence by which he coped with anger, when he met Jesus in 2001. “I knew I wanted to change my life and saw that God would be a big part of it, and I did change a lot of things.”

He put anger and violence behind him, for the most part. He tried every day to be a better person. But something wasn’t working.

“I still struggled with drugs and alcohol after getting out,” he says. “I gave my life to Jesus back then, but I didn’t know how to go about accomplishing that.”

He kept to himself. He only went to church once in a great while. He didn’t really read the Bible. 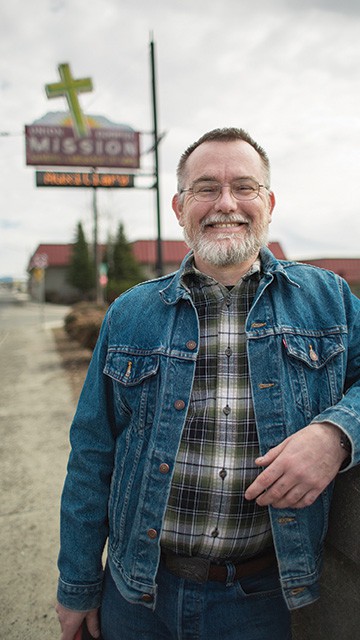 And for more than a decade, Rex cycled through a pattern: He’d get a job and try to stay sober, succeed for a few months or a couple years, relapse and run away. After each failure, he’d start again in a new place. “I’ve lived in probably every state in the West Coast and at least all the way up the Rockies.”

That pattern led his wandering path to Spokane and UGM in September 2015. His strong self-reliance made it difficult to accept even a meal without working for it. But in a long-running conversation, God convinced Rex it was time to stop and confront his problem instead of running away. Rex joined the LIFE Recovery Program.

“This was the first time I actually reached out for help,” he says.

Going through the program wasn’t an easy road, “coming to these realizations of how I’d been living life and how I’d been running, the various things I’d been doing to sabotage myself – accepting that and trying to move past it.”

Rex first started studying the Bible about three years ago by just reading Proverbs: short, practical and easy to remember. Now, with encouragement from his UGM teachers and his church, Rex is exploring the implications of II Timothy 3:16: “All Scripture is breathed out by God and profitable for teaching, for reproof, for correction, and for training in righteousness.”

“That’s one thing that I’ve been really trying to incorporate into my learning, that it’s all good for me. There’s something to take out from just any part of the Bible; there’s something there to grow and learn with.”

And for the first time in his life, Rex is taking the time to really listen to God’s words. Instead of running away from problems, he’s presenting his decisions to the Lord. “He doesn’t always just give you a clear ‘Go this way’ or ‘that way.’ It’s more or less just including Him on what you’re doing and taking that time to really look at it and see if it’s beneficial.”

Unlike Rex, Heather didn’t choose to isolate herself. She’s an outgoing, talkative person. But at only 27 years old, she’s already been through more than her share of hardships. Trauma. Abandonment. Rejection. Institutionalization.

Even as a young child, she found herself crying out to “something bigger than me. I always prayed to a God I didn’t know – but He knew me.”

Living in Florida, Heather was prescribed Adderall, which started a catastrophic breakdown in her body, brain, and heart.

“I got really addicted to it and it drove me insane. I lost my mind. I went from having a full-time job and going to school and being a functioning young adult to a mental asylum within 10 months.”

Right in the midst of those months of decline, God revealed his love to Heather. She had bought herself a Bible and looked into it for help in her despair. Reading it on her work break, she sobbed to Him that all she wanted was a hug from somebody, anybody. Moments later, in the aisle of the drugstore where she worked, a little girl she’d never seen before ran up to Heather and wrapped her arms around her legs.

“The God of our universe cared so much about me in that moment – little addicted Heather, screaming out to Him. I fell in love that night – with Him.”

He didn’t just heal her right there. Becoming institutionalized shortly afterward brought her to her lowest point. But it also steered her journey to Spokane, where Heather was released from a psych ward with nowhere to go and was directed to the Crisis Shelter. She got a taste of grace from the woman who checked her in: “I needed the acceptance she had in her eyes.” 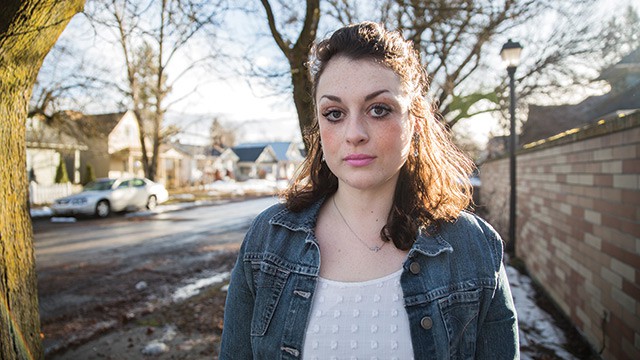 “I went from having a full-time job and going to school and being a functioning young adult to a mental asylum within 10 months.”

Still, Heather was humiliated by her situation, and she angrily yelled at God and questioned His love. “But He can handle our anger. He’s bigger than our anger and He knows our hearts … He unveiled His love through His people here for me.”

At the Crisis Shelter and in Women’s Recovery at Anna Ogden Hall, Heather says she received “mercy upon mercy and grace upon grace” through her recovery process. She can’t pick a favorite among the counselors who have loved and taught her. “These women, they showed me what I want to be. … They don’t just speak it. They’ve been Christ in my life. They’ve manifested Him.”

That visible, tangible work of God means everything to Heather. The words of Christ in the Gospels – the ones that came out of His physical mouth – are Heather’s favorite parts of the Bible. When He tells Peter in John 21 to “feed My sheep” out of love, she sees a reminder of what she’s been given.

“I was a sheep, and I was fed here. If we’re going to really love God, we’re going to feed His sheep. And that’s serving, that’s giving a cup of cold water, that’s not judging the guy on the corner.”

Rex and Heather had already met Jesus before coming to UGM. But He’s working through His people here – volunteers, staff members, business and financial partners – to bring lasting change, freedom, and joy in their lives. He will work in each of us as we follow in His footsteps, holding up the lamp of His Word to light our way.

Click here to see all articles for the April 2017 issue.