The Real Poverty of Relationships

From one point of view, Nicholas Walker had everything you might want: Prestige, respect, and power in his community. Not bad for living on the streets most of his adult life.

But Nicholas grew up in a broken family, the child of addicts. From what he experienced growing up, he learned to hide his real self from others, suppress all of his emotions and cope with pain by using drugs. Gang activity and drug dealing were the best way he could see to survive and have some control over his life.

“I’d never had a chance, you know? I was just doing the best I could with the hand that was dealt.”

But he has charisma and brains, and he used them well to take care of himself. He became the leader of the community of homeless and addicted people living in a park in his native Southern California city. “I didn’t have to do anything except point my finger, and it was all done.” 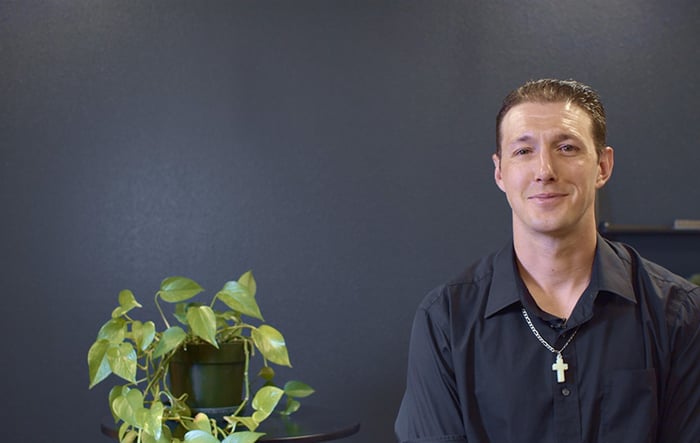 For 10 years Nicholas lived for himself each day, using other people, avoiding thoughts of the future.

“A glimmer of hope”

Finally, Nicholas had an opportunity. He was well known to the police; he’d been in and out of jail more than 30 times. At his last arrest, they made a surprising proposal.

“They came to me with the opportunity: ‘You know, we see potential, we see what you were dealt and we kind of want to offer you a chance out of here.’  And they asked me, “What would you need to change your life?’  And I said, ‘Well, it would have to start with a new environment.’ I honestly answered them that.  And they looked at me and they were like, ‘So if we got you a plane ticket, would you get on it?’ And I just scoffed at them.”

But to his surprise, they followed through. Nicholas was allowed to stay at his sister’s house until he could get on the plane.

“I left everything behind for an opportunity to change my life, and it was the scariest thing I ever did… I left it all there, just for a glimmer of hope.”

Nicholas came to Spokane and worked in a roofing business – but when winter hit, work evaporated and he didn’t know what to do next. He came to UGM, where he found more than the safety and warmth he was looking for.

“I was just going to stay the winter and get a job, and that’s that. But then I ended up hearing about eternal life, salvation. I started seeing Christ-like people instead of just Christians that were being hypocrites, that were judging people. … A week later, I was on my knees in chapel, begging for forgiveness. And from there on, it’s just been growing.” 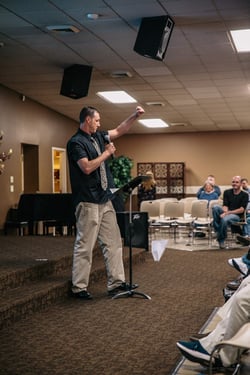 Nicholas was thirsty to learn about Christ, and did so through the LIFE Recovery Program and the genuine, vulnerable relationships he had never had before. He began to see the joy of connecting with his brothers in the program, as well as his mentors and the rest of his new family in Christ.

Volunteer Brian Thrush, who led morning devotions with the men, had a profound impact. “He does it from the heart. He was the first person that showed me what a Christian is supposed to be like. … He didn’t judge me, and he genuinely wanted to help me. And that love is what brought me to Christ. When I saw that, I was like, ‘I’m hooked. I want that. I want to be like that.’”

Brian became Nicholas’ mentor through UGM Aftercare, and Nicholas looks forward to continuing to learn from his example of what a godly man is. Another mentor, Kirt Fredericks, offers day labor opportunities to Men’s Shelter residents, and that began a relationship with Nicholas that would have been impossible without their common ground in Christ.

“We’ve come from two opposite worlds. He’s the financial, homeowner world, and I’m the street-level, criminal world, and we both had so much to learn from each other. … Every time we get together, our conversations just explode with answers and questions and knowledge, wisdom just going back and forth.”

Kirt and his wife Christel became the healthy parental figures Nicholas never had before. “They’re like a tag-team from heaven, and I cannot express the gratitude I have to have them in my life.” 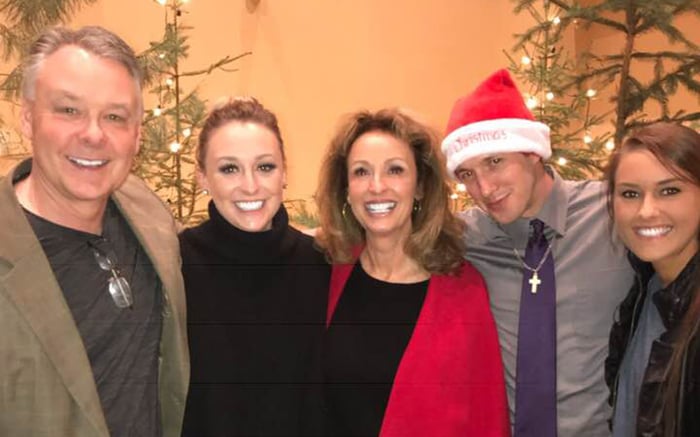 While you can’t ignore material needs, the real roots of poverty are in a lack of healthy relationships. Even if you have food, clothing and shelter, you can be impoverished through isolation, fear, shame, and other barriers to real connection.

The salvation Christ offers us is in restored relationships: First with God, then with other believers, and finally with a world that desperately needs the gospel too.

Today, because people shared that good news in word and deed at UGM, Nicholas has what he’d never had as King of the Park: real, loving relationships.

“I am just so exhilarated to think of what I have coming in my life, to think of the gifts I’ve received. And the most important part is, the greatest gift we get, is relationships. I don’t think people really understand how important that is. That’s the greatest gift we have from God, is our ability to share love and experience life with one another. … I’m adopted into a whole new family, and that’s the most beautiful thing of all.”

Our financial partners open doors for transformation like the one God is doing in Nicholas’ life, and we are profoundly grateful for their hearts to share the impact of the gospel. You can give the gift of recovery today.