DARE to keep kids off drugs and alcohol. 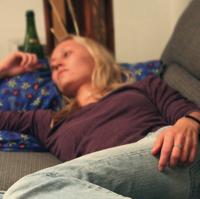 The problem with these anti-drug slogans is twofold: 1) their simplicity belies the complexity of the problem; and 2) they focus on the drug/the substance/the action when the real issue is the person.

The first point is pretty obvious. If addiction were simple, it wouldn’t be an epidemic. If telling kids, “Don’t do it” or showing them the consequences of their actions were enough, wouldn’t every parent be in possession of a foolproof plan? Would 25% of high school seniors report using illegal drugs in the past 30 days and 33% report using alcohol? Would internet pornography be a $3 billion business? And, if ending addiction were as simple as just saying no, would 1 in 4 US deaths be attributed to illicit drugs, tobacco and alcohol? (National Institute on Drug Abuse)

No, addiction and its cure are far from simple. But you know that, so let’s move on to the really BIG misconception about addiction: Focusing on sobriety – removing the substance or behavior from a person’s life - will lead to recovery. It won’t. 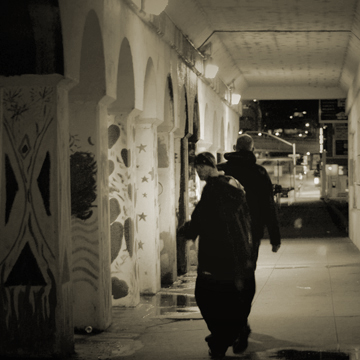 That isn’t to say that sobriety isn’t important. Because it is. UGM operates clean and sober facilities in order to encourage sobriety and recovery. Removal of the substance is important; but, in and of itself, it will not bring new life.

Misconception #1: Addiction is about drugs and alcohol.

Men in UGM’s recovery program often refer to “white knuckling it" - meaning an extended period of sobriety without true life transformation. Many of our recovery residents have gone without their drug of choice for months or even years before coming to the Mission, but the desire to use remained constant and they were relying on sheer willpower to abstain. Eventually, their willpower failed them, which is what brought them to the Union Gospel Mission.

Drug and alcohol addiction is not uncommon among the homeless population. (In the 2018 Everybody Counts survey for Spokane County, 184 adults self-reported a chronic substance abuse condition.) But process addictions - or behavior addictions - are also common.

Process Addiction, according to processaddiction.com, “refers to compulsive behavior, such as compulsive gambling, sexual addiction, eating disorders and spending addictions…This term is often used as a blanket for any behavioral addiction which does not involve an addictive chemical. This is ironic as there are actual chemical processes which occur during the behavior which are very similar to the chemical changes which take place during substance abuse.”

A central tenet in UGM’s recovery philosophy is to treat the person, not the addiction. Michael Dye, who wrote The Genesis Process, put it like this: “To change what you do, you must change who you are.”

Derek Mobley (pictured left) graduated from the UGM LIFE Recovery program in 2012. He had been through treatment and recovery programs before, but none of them worked. The difference this time, Derek said, was that “we didn’t focus on the addiction. We focused on me – my wounds, my choices, why I continued to self-destruct.”

Derek has now been clean and sober for 7 years. After working in the food service industry for two years, he is now serving as the kitchen supervisor at the UGM Men's Shelter - mentoring other men in various stages of recovery as he works to prepare hundreds of meals a day.

Misconception #2: Addiction is about a lack of self-control.

One of the ironies of addiction is that the desire to fix one's life often makes things worse. "Just Say No" implies a form of control when recovery actually requires surrender.

Jeffrey Lane, a former recovery resident, described his personal struggle with control over his addiction: “I thought I was very much in charge of my life. Every time I’d fail, I’d try harder, and then when I’d fail again, I’d double up in pain, but I wouldn’t give up.”

In his book Mere Christianity, C.S. Lewis wrote: “All this trying leads up to the vital moment at which you turn to God and say, ‘You must do this. I can't.’” 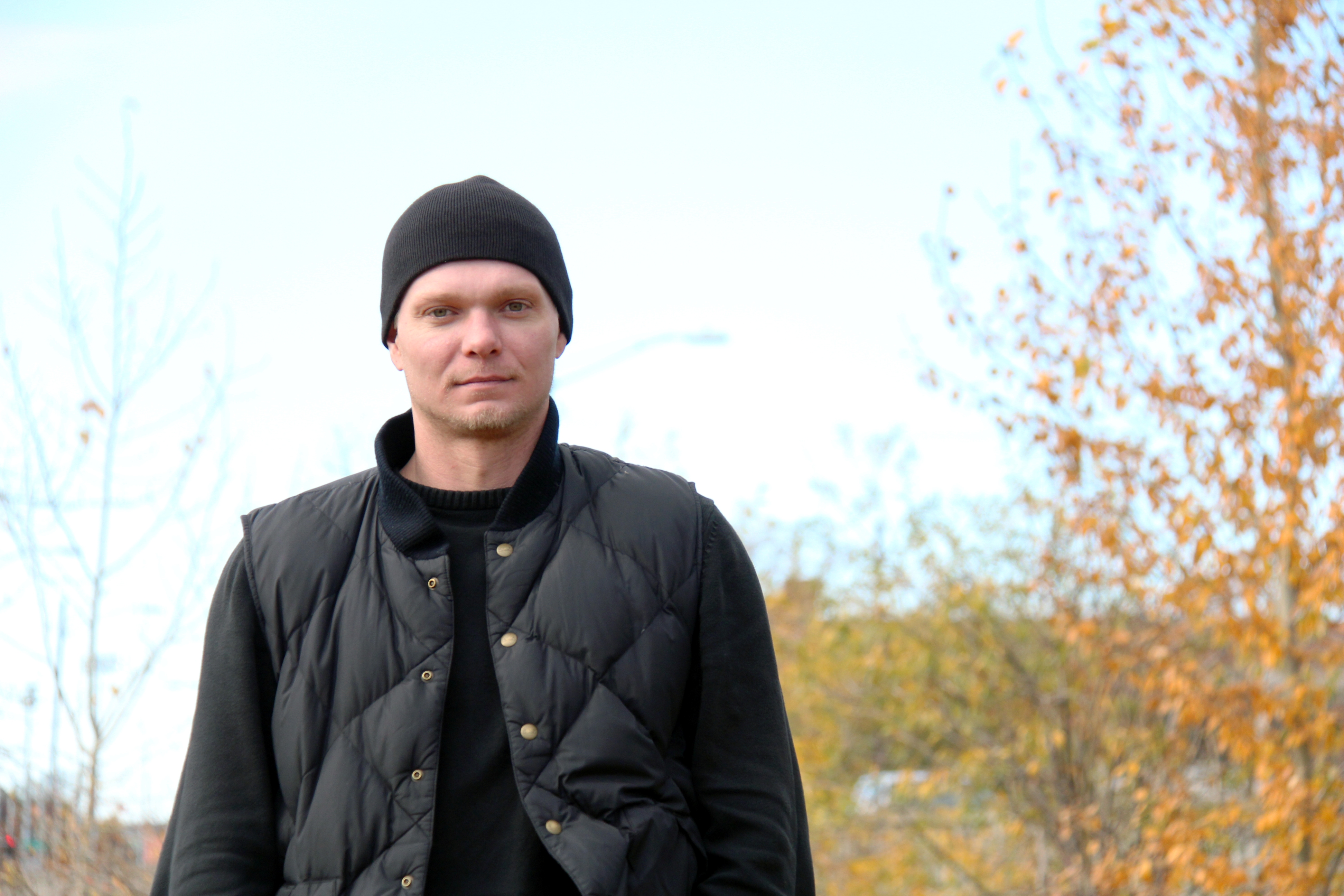 Surrender is the beginning of recovery.

The following definitions may prove helpful as we seek to sort truth from fallacy in our discussion of addiction:

Psychology Today defines addiction as “a condition that results when a person ingests a substance (e.g., alcohol, cocaine, nicotine) or engages in an activity (e.g., gambling, sex, shopping) that can be pleasurable but the continued use of which becomes compulsive and interferes with ordinary life responsibilities, such as work, relationships or health. Users may not be aware that their behavior is out of control and causing problems for themselves and others.”

The 4 Cs
Addiction and mental health specialists at the Canadian Centre for Addiction and Mental Health use this easy-to-remember formula for determining whether a habit or behavior has become an addiction.

"Consider a person who finds alcohol so pleasurable that he regularly goes to the bar after work (Craving). His drinking escalates to overcome tolerance, and he experiences withdrawal when he abstains. He tries and repeatedly fails to cut down (loss of Control). He begins to reorganize his life in order to maximize drinking opportunities, neglecting his work and family (Compulsion). Eventually his spouse leaves and he loses his job (Consequences)." (Knowledge Exchange)

So far, these definitions might appear to let the majority of us off the hook. Perhaps you're imagining yourself scratching one after the other off your personal list: drug addiction, alcoholism, workaholism, eating disorder. Scratch. Scratch. Scratch.

Well, here comes the third big misconception about addiction: It’s a problem relegated to a relatively small number of people.

Consider the following reflection from the blog "Pilgrim March" on Gerald May’s book, Addiction and Grace:

"We can be addicted to feeling loved, getting praise from others, the comforts of TV, being thin, sex, or power to name just a few.  Some of these addictions are obviously more serious than others, but if we are forced to go without them, we will become depressed, irritable, angry, manipulative and much more.  Our addictions become intertwined with our deepest desires and even our identity, and in this sense they do function like idols in our lives.  They replace God as our source of hope, desire and love with life-draining patterns of behavior."

Most of us struggle with some form of addiction. We want to control our lives. We want to avoid pain, and so we turn to someone or something other than God to find relief. And when we do that over and over again, when it becomes a pattern, that’s addiction.

This post was originally published in February 2014. It was recently updated with more current links and statistics. Unfortunately, we have lost track of Jeffrey Lane and are unsure how he is doing today. Derek Mobley continues in recovery and comes alongside other men in their struggles every day in the kitchen at the UGM Men's Shelter.

Want to know the best way to help someone holding a sign on a street corner? Click below for a free tip sheet.