Of course, thrift stores are cool. Napoleon Dynamite and Macklemore told (and rapped) us that.

Thrift is also a smart and environmentally friendly choice for shopping. You can bag a real bargain by shopping secondhand for clothes, housewares, furniture and electronics.

But the real reason you should dig deep in your closets and cupboards and pack up the dustiest items is that the stuff you’re not using anymore can make an eternal impact on people’s lives.

Your stuff is the fuel that makes the UGM Thrift Stores run. They rely entirely on locally donated goods. And God is using the Thrift Stores every day to restore people’s lives.

Don’t just take my word for it. Consider Lacey and Tiffany. 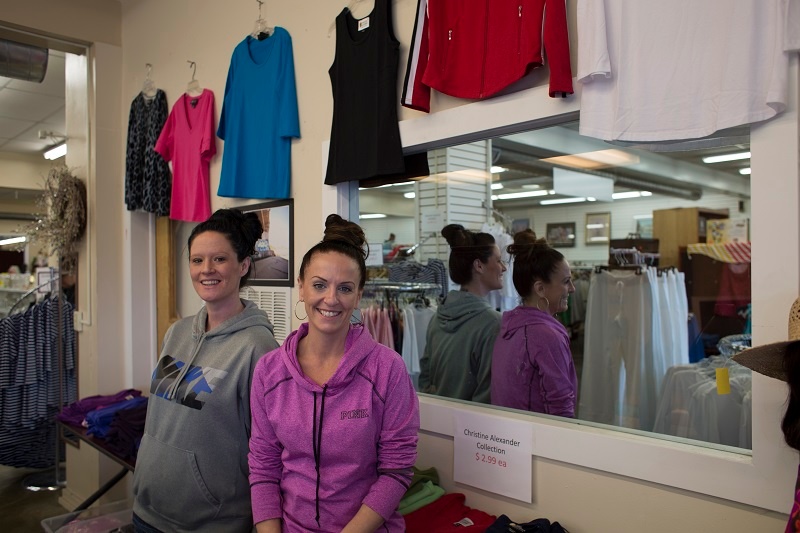 A chance to work

Lacey wasn’t proud of her sketchy past. She had never held a job before, but she was trying. She completed the Spokane Dream Center discipleship program. She gave her life to Jesus. She submitted application after application to various employers to try to earn her living.

But all they could see was her previous felony record and lack of experience – experience she couldn’t get unless somebody gave her a chance to work.

“Getting interviews and being turned down, I just kind of hit a point where I was just frustrated,” Lacey recalls. “I changed my life around and gave my heart to the Lord, but nobody was willing to give me a chance because they didn’t know that. They just saw where I had been.”

Lacey was offered an ETO and came to work with Tiffany at the Valley Thrift Store.

Tiffany had been on a similar path as Lacey, serving some time in prison on the West Side. But when she got out, she wanted to live out her renewed faith in Christ by serving him. Connections at the Eleanor Chase work release facility put her into contact with the Valley Thrift Store.

“I immediately loved what this nonprofit organization was about and was just completely sold on being all in and dedicating a year to this program,” she says.

Given a golden opportunity, Lacey and Tiffany both were eager to prove themselves and contribute to UGM’s overarching purpose. They became a team to sort and prepare merchandise for display in the store’s clothing department.

Since she had never really had a job before, Lacey was a little intimated by the daily eight-hour shift. But being surrounded by encouraging co-workers helped her acclimate quickly.

“I came out of a faith-based program, where every day for 24 hours a day, 365 days, you’re surrounded and you’re in the Word and stuff, and then going out into the world, where it’s not striving for the same things as you, it’s kind of scary. But coming in here, it’s kept me motivated.” 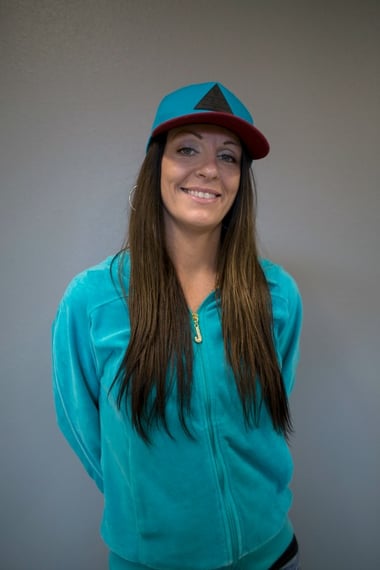 For Tiffany, it was the accountability that was most valuable. She found herself tempted to return to some of the patterns that had gotten her in trouble in the first place, “the same people and behaviors that I should not be around. People go back to what they’re used to, and I found myself tending to slip back and hanging out with the same types of people that I would in the past.”

But Tiffany appreciates the tough love her manager showed her, through both accountability and advocacy: “I’ve fallen short here and she’s seen the struggles that I went through… where I can see myself starting to slip, and she has just fought for me tooth and nail. This place has kept me afloat. This consistency in having a stable job, and just a group of people that really love me and want the best for me, has given me so much hope.”

No matter how grateful we are for our jobs, work is still work: Sometimes it’s just plain hard. When the inevitable stresses in the workplace arise, the support of Christian co-workers and managers means a lot to Lacey and Tiffany.

“Failure is something that we’re scared of,” Lacey says. “We recognize from in the past, when we failed so much, that when we even get a little discouraging news, at first it was just like, ‘oh, man’ but we’ve learned to work together and get past it and just keep pushing forward.”

Working for the kingdom

Important as it is in their personal journeys, working at the Thrift Store isn’t just a job for Lacey and Tiffany. They know their work is also helping to generate funds for homeless services at UGM shelters, and that makes what they’re doing ministry work.

So they take it especially seriously. They pay attention to what’s in fashion and what people are buying so they can put the best items on the racks. They make sure to display only good-quality merchandise, so customers will get the best value.

Tiffany says it well: “knowing that every clothing item I put out there is going to feed, clothe or house a man, woman or child is definitely a bigger purpose.”

Since she’s benefited from working at the Thrift Store, Tiffany is eager to continue serving at UGM. Her yearlong ETO just ended, she has another job and she’s already planning to keep helping out at the Thrift Store as a volunteer, and possibly in other areas as well.

Lacey’s ETO is also ending soon, but she’s confident now that her next job search will be better than last time. She’ll have a good reference and a much better resume: “Now I can actually put something on there that people will look at, versus just seeing the felony box checked and throw it away.” 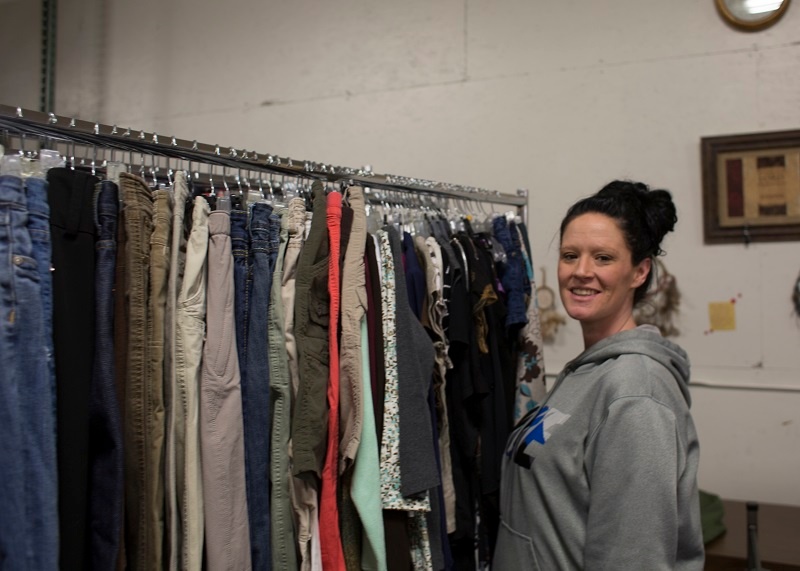 Without donated clothing, furniture, books, household goods and so much more, Lacey and Tiffany might have ended up without a way to support themselves – or they might have given up trying to find honest work or ended up back in jail. But we don’t have to think about what might have happened; what did happen is they got a chance to do meaningful work, improve their future outlook and bless others.

Those outgrown clothes in the back of your kid’s closet can give someone else that chance.

Whether you’re donating to the Thrift Stores or shopping there, you’re helping the homeless.  Sign up for a drawing and a chance to win a coupon for your next trip. 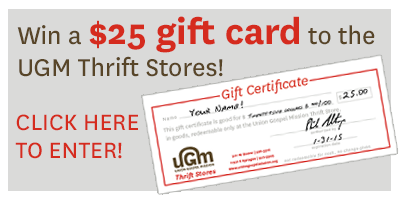